Did Kartik Aaryan take an indirect dig at Karan Johar and Sara Ali Khan with his ‘rapid-fire’ comment? 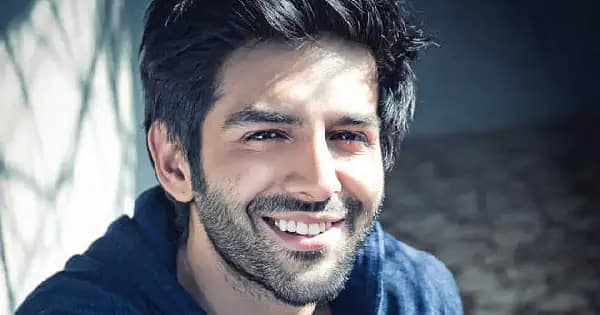 Kartik Aaryan is currently among the most bankable actors in town. His Bhool Bhulaiyaa 2 was a massive hit. In times when Bollywood films are struggling to keep pace at the box office, his Bhool Bhulaiyaa 2 managed to turn out to be a hit. Apart from that, he also remained to be in the news because of Sara Ali Khan‘s recent comment on Koffee With Karan 7, On Karan Johar’s show, she stated that her ‘ex is everybody’s ex’. The comment read many eyebrows. Now, a comment made by Kartik Aaryan is going viral. – The Gray Man actor Dhanush hates the label of ‘South Actor’ and he has a valid reason

Kartik Aaryan’s comment on being popular
In an interview with Bollywood Hungama, Kartik Aaryan was asked to reveal one thing that he is proud of. To this, the Shehzada actor stated that he is proud that he is popular on rapid-fire shows. A comment on it read, “Did he mean the Ranveer thing or the Sara answer on KWK?” Now, everyone knows that Karan Johar’s show is popular for its rapid-fire sessions. And in the two episodes of three of the current season, Kartik Aaryan has found a mention. So with this comment, netizens are wondering if it is a subtle dig at KJo. – BTS: Jimin takes up jewelry designing seriously; ARMY can’t stop raving as his vlog helps boost sales of a small business [VIEW TWEETS]

Diss for sara i think

In the past, there have been reports of Kartik Aaryan and Karan Johar not being on good terms. It was after Kartik Aaryan’s exit from Dostana 2 that the gossip mills went abuzz with the speculations of a fight between the two. – Pushpa The Rule MAJOR UPDATE: Allu Arjun-Fahadh Faasil starrer to release in 10 languages; release date revealed? Here’s what we know

Kartik Aaryan’s comment on meeting an ex
In the same interview, Kartik Aaryan was also asked to comment on what will he do if he bumps into an ex-girlfriend at an award show. He stated that he would meet her gracefully and exchange pleasantaries.

Kartik Aaryan’s upcoming projects
The actor is now looking forward to release of his film Shehzada. He is hoping that the film will do better than Bhool Bhulaiyaa 2.