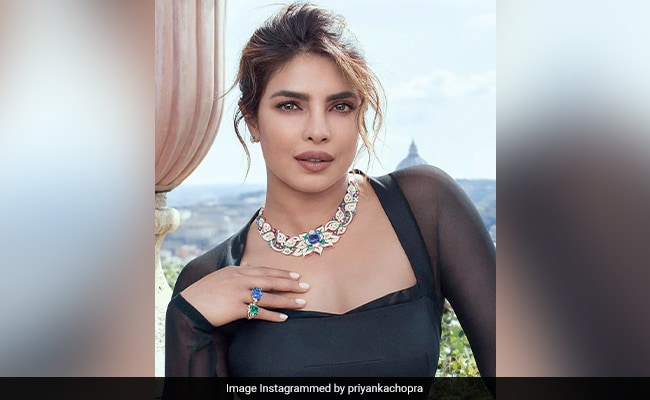 On the BBC list, she is described as one of Bollywood’s biggest film stars.

Actor-producer Priyanka Chopra Jonas has represented India at various global platforms and has carved her own place in both Bollywood and Hollywood. She was also one of the four Indians on the BBC’s ‘100 Women’ list of influential figures this year.

In an interview with BBC 100 Women, Ms Chopra said she is finally earning as much as her male co-stars after spending 22 years in the film industry for her part in the upcoming spy drama ‘Citadel’. Talking to the outlet, the actor said, “I’ve never had pay parity in Bollywood. I would get paid about 10 per cent of the salary of my male co-actor.”

She added that the gap is not meager. “It (the pay gap) is large, substantially large. And so many women still deal with that. I’m sure I will too if I worked with a male co-actor now in Bollywood, she further told the outlet. Ms Chopra also informed that many female actors of her generation have asked for pay parity but to no avail.

Talking about her early days, Ms Chopra revealed she was required to wait on set for hours while her male co-actors got dressed. “I thought it was absolutely OK to sit for hours and hours on set, while my male co-actor just took his own time, and decided whenever he wanted to show up on set is when we would shoot,” she told the BBC.

In the interview, the actor also discussed India’s fair-skin obsession and recalled being body-shamed because of her complexion. “I was called ‘black cat’, ‘dusky’. I mean, what does ‘dusky’ even mean in a country where we are literally all brown? I thought I was not pretty enough, I believed that I would have to work a lot harder, even though I thought I was probably a little bit more talented than my fellow actors who were lighter skinned. But I thought that was right because it was so normalised,” she said.

Priyanka Chopra Jonas also responded to a question on how different Hollywood is in terms of pay parity. She said, “Well, the first time it’s happened to me, it has happened in Hollywood. So I don’t know going forward. Because this was my first show with a male actor as a co-lead”.