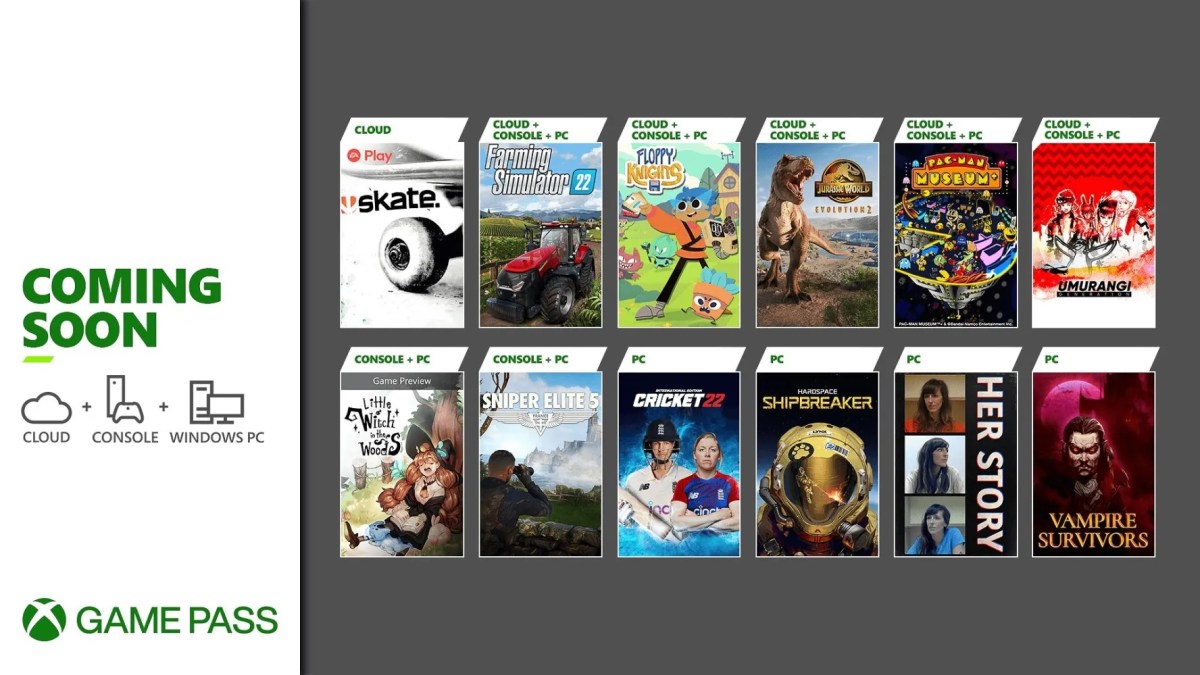 Xbox revealed the new slate of games it’s adding to Game Pass for the last two weeks of May, and it’s a decent list. It includes six day-one releases and Jurassic World Evolution 2.

Several of the games are available today, including the aforementioned Jurassic World title. The other games are Her Story for PC and Skate for cloud. Two day one releases also debut today: Little Witch in the Woods, a cute sim title that’s available in early access, and Umurangi Generation Special Edition, a futuristic photography sandbox game.

Later this week, we’re getting Farming Simulator 22, which needs no introduction, and Vampire Survivors, a gothic bullet-hell roguelike. In the last week of the month, we get day one releases Floppy Knights, Hardspace: Shipbreaker, Sniper Elite 5, and Pac-Man Museum+. We’re also getting Cricket 22 for PC.

Game Pass has proven to be a winner for Microsoft, and it’s telling that PlayStation Plus is starting to look more and more like it. Xbox’s alleged plans to launch a dedicated streaming puck for Game Pass cloud titles looks like more of a good decision every time the company announces new games. Ubisoft is reportedly considering adding its Ubisoft+ service to Game Pass, and it said recently that the service will “ultimately” be available on Xbox.