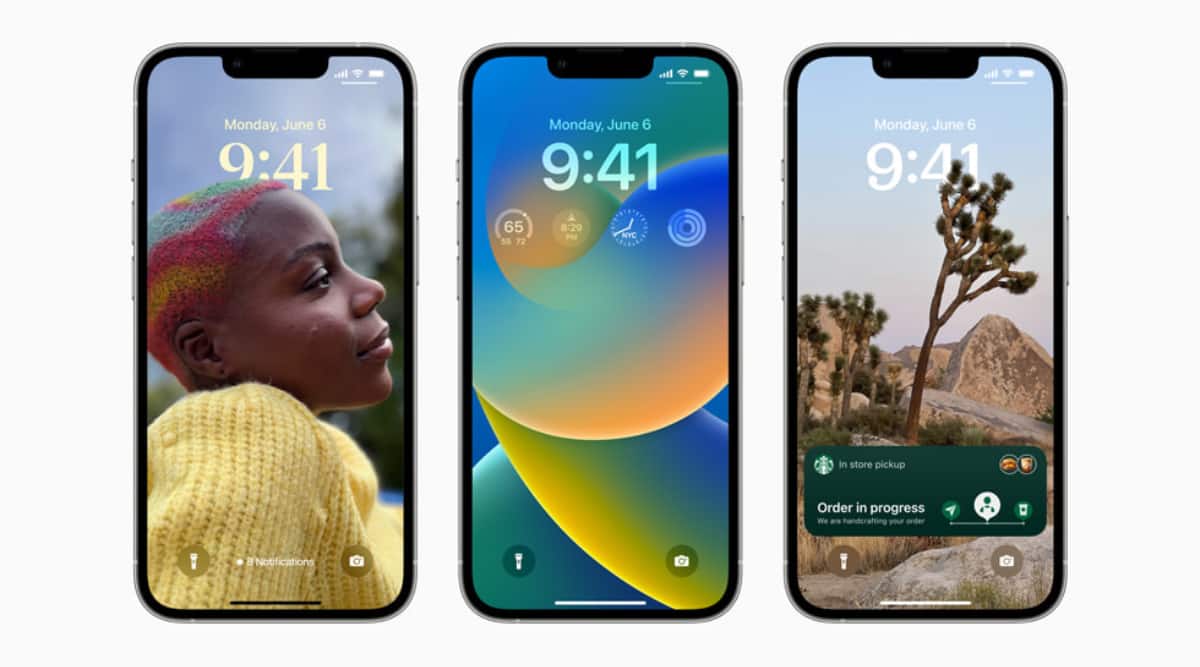 Apple, at WWDC 2022, has announced iOS 16, the next major version of iOS coming to iPhone 8 and later this fall (possibly around the time of iPhone 14 launch) and it’s a big one, too. Naturally, there are a lot of under the hood improvements including haptic feedback for your iPhone’s keyboard—that’s been a long time coming— but iOS 16 may be one of the first iOS updates in a while that brings big changes to the lock screen allowing for new levels of customisation, never seen before on iPhone. That, plus Messages is getting a complete revamp with the ability to recall messages and, also, edit them on the fly even after you’ve hit send. New ways to share photos with friends and family are coming. More Memoji options, too. Apple’s making some new strides in privacy as well with a new feature called Safety Check.

Perhaps the biggest new update coming to your iPhone with iOS 16 is the “all-new” lock screen with much improved personalisation. Most notably, it will let you edit different elements on the lock screen with typefaces and colours, and also, let you add widgets to it. You will be able to create multiple lock screens, too, with wallpapers, weather, and more.

Notifications will roll out from the bottom in iOS 16, and you will be able to hide them. Apple is introducing new notification tiles called “Live Activities” to give you compact and glanceable information, so your lock screen doesn’t clutter. Focus mode is also being expanded to the lock screen so you can have dedicated lock screens for personal, work, and all— this extends to the home screen also.

Next in line to get a major overhaul is the Messages app that is in line to get three new “highly requested” features— ability to recall messages, edit them even after sending them, and to mark message thread as unread. Apple is also bringing SharePlay to Messages with iOS 16. Live Text is coming to videos. Quick Actions have also been announced for quick translate plus a whole new camera view is incoming. Visual Lookup will now let you pick and drop photos directly to Messages, too.

Elsewhere, Apple Maps is getting multi-stop routing in iOS 16, and six more cities –including Las Vegas—are being added to the detailed city experience. Apple Pay, meanwhile, will be able to split your bills into four equal payments without any interest or fees through a new feature called “Pay Later”. Apple is also adding new ways to share keys in Wallet.

Photos’ updates include iCloud shared photo library so you can share and more nuanced age-appropriate restrictions. On privacy, Apple is bringing a feature called “Safety Check” that will give people in abusive relationships a way to easily revoke information like location that they may have shared with someone else.

CarPlay is getting a new look with improved widgets, instrument clusters with different colours and layouts for personalisation. For Home, Apple is reiterating its commitment to making HomeKit a foundation for cross-platform use on different devices through its ongoing work with Matter. It is also, similarly, working to make password-less sign-ins a reality through its work with FIDO.