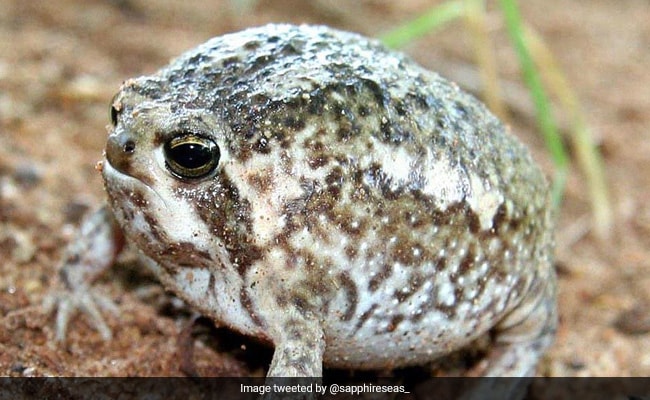 Several users commented on the funny yet adorable sound the toad was making.

Frogs and toads make up the largest group of amphibians. However, a lot of people are not aware of a Desert Rain Frog. The species, which is mostly found in Namibia and South Africa, is on a decline due to the loss of the quality and extent of its habitat.

But have you ever wondered what this little frog sounds like? This amphibian makes a unique squeaky sound, which is mostly like a chew toy. The Desert Rain Frog creates its squeaky noises to express rage, anger and scare the predator, unlike other frogs who croak to attract mates. The frog’s attempts to terrify someone come across as cute to a lot of internet users.

Internet user The Science Girl shared a post on Twitter in a thread and wrote, “The unexpected sound of a desert rain frog.” In the next tweet, she gave the source of the video as a YouTube link. Since  being shared, the post has received over 47,000 likes and 6,000 retweets.

The unexpected sound of a desert rain frog https://t.co/Gag7Y1vIpy

Several users commented on the funny yet adorable sound the toad was making. One user said, “I just listened to this a few times. Now the dog is sitting there, tongue in his neck, broom tailing, waiting for the new squeaky toy to be thrown.”

“Isn’t this poor frog, you know, kind of embarrassed to squeak on camera?” said another person.

A third person commented, “This really made me laugh. Made me think if my tweets were a sound, this is what it would be.”

“Omg, too adorable,” said a fourth.

“I think it’s the most adorable frog!” remarked a fifth internet user.