Viral Video: Cat Asks Owner To Quit What He’s Doing And Hug Her 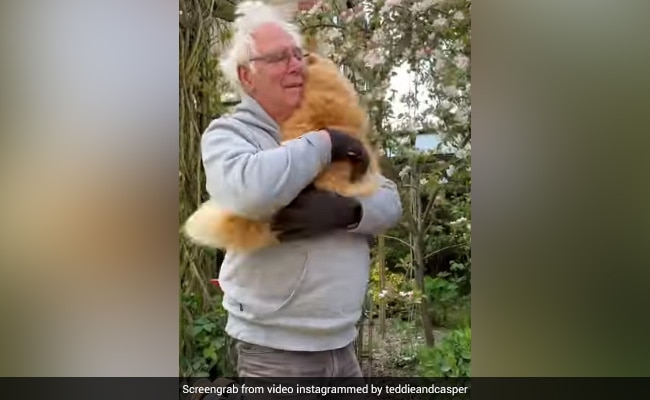 Animals taken as pets want to be pampered all times. A video going viral on social media shows a cat expressing her desire and nudging her owner who is working in the garden.

The cat wants the owner to quit gardening and pay more attention to her. The video has been shared by Teddie and Casper – an account run by the owner in the name of his cats – on Instagram with the caption: “This is why cat dad can’t get anything done in the garden.”

The cat in the video is Teddie. This video has been posted last week and since then it has received over 14,000 likes on Instagram.

People have flooded the post with many heartfelt comments.

“You’re such a great helper Teddie,” commented a user.

“Ohhh I love watching teddy get involved, my puddy cat does the same when I’m sewing a wonderful distraction,” a second user commented.

“It’s okay Daddy I just need A Hug and a Kiss,” commented a third user.

We get to see the videos of pet cats frequently on social media. Recently, a video went viral on social media where a kitty was playing the Fruit Ninja game on tablet. The gamer kitten tried slicing all the fruits appearing on screen and didn’t want to miss any one of it.

In studies, cats have been demonstrated to provide emotional support, boost moods, and add to their owners’ overall morale. Cats are also recognised for increasing socialisation among the elderly and those who are physically or mentally challenged.