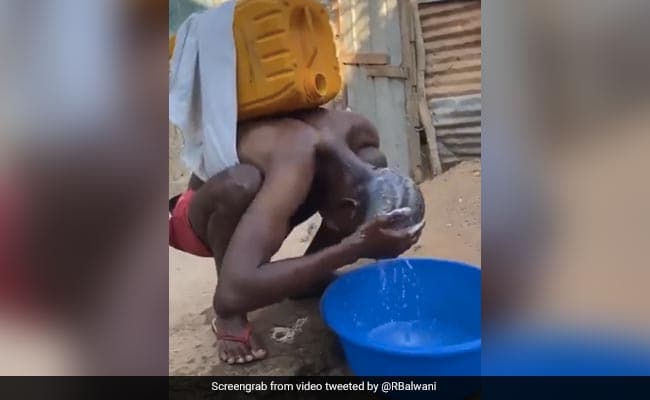 Necessity is the mother of innovation. This proverb has been proved right time and again, with people innovating technologies to make life easier. Every now and then, we find people making something unique and useful out of very basic amenities. Now, a video of one such shower innovation has taken the internet by storm.

The video, shared on Sunday by a Twitter user named Roma Balwani, showed a man washing his hair with the help of a water drum on his back. While posting the clip, Ms Balwani wrote, “Couldn’t resist sharing this forward! Simple, innovative, cost-effective and it works! Jugaad!”

On a lighter note on a Sunday morning! Couldn’t resist sharing this forward! Simple, innovative, cost effective and it works! Jugaad! @hvgoenka@anandmahindrapic.twitter.com/Jxd9CQEBXZ

The clip opened to show a man sitting with a drum secured on his back with the help of a cloth. After applying soap on his scalp, the man is seen slightly bending his back so that water from the drum trickle to his head and washes away the foam.

Internet users were quick to react to the video. While some appreciated the man’s genius idea, others argued that the clip was simply an example of “poverty”.

Since Sunday, the video has garnered more than 15,000 views and hundreds of likes.

Meanwhile, the internet is filled with such “jugaad” videos. Previously, a clip showing an innovative way to drive away mosquitoes had surfaced on social media.  The video showed a villager using “desi Indian jugaad” to get rid of mosquitoes in a cow shed. The villager used an electric fan to spread smoke of neem leaves – a method used by many people to get rid of blood-sucking mosquitoes – around the area.