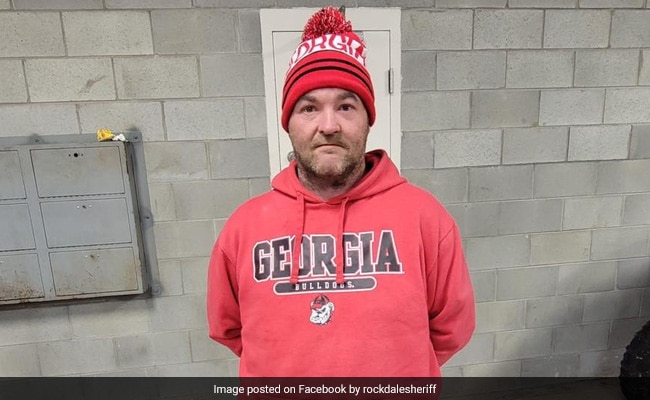 Mr Christopher Spaulding commented, “How about me?”

In yet another bizarre incident, a man in the United States was arrested after commenting on a Facebook post of most-wanted criminals that did not include his name.

After learning that he had not made the Rockdale County Sheriff’s Office’s list of the top ten most-wanted criminals in Georgia, Christopher Spaulding commented, “How about me?” The list included people accused of serious crimes like murder, armed robbery, aggravated assault and kidnapping.

Replying to his comment, the Rockdale County Sheriff’s Office said, “You are correct you have two warrants, we are on the way.” Mr Spaulding has two warrants for felony, according to the officials.

The police arrested him the next day and shared a humorous post with his photograph. “We appreciate your assistance in your capture!” they wrote, adding a public notice that just because he wasn’t on the list didn’t mean they weren’t looking for him. “Our Top 10 is compiled based off of the severity of the charges only. By not being on this list does not mean our Fugitive Unit is not looking for you if you have an active warrant,” they said.

The officials added, “Special thanks to our Fugitive Unit for being active and efficiently apprehending Mr. Spaulding  who has 2 warrants for Felony Violation of Probation.”

Many users were taken aback by this funny exchange. One user wrote, “Wow!! Now if the others would do this too. One for the record books for sure.”

“This is the funniest thing I’ve read in quite a while!” said another person.

“Can’t be serious,” commented another person.

Also Read: US Woman Sues Company For $5 Million As Her Mac And Cheese Took Over 3.5 Minutes To Make

Many people also left laughing emojis in the comments section.

“Is this for real…? Like wait, hold on lemme check something brb,” added another internet user.

Video: Massive Fire At Mumbai Building, No One Hurt