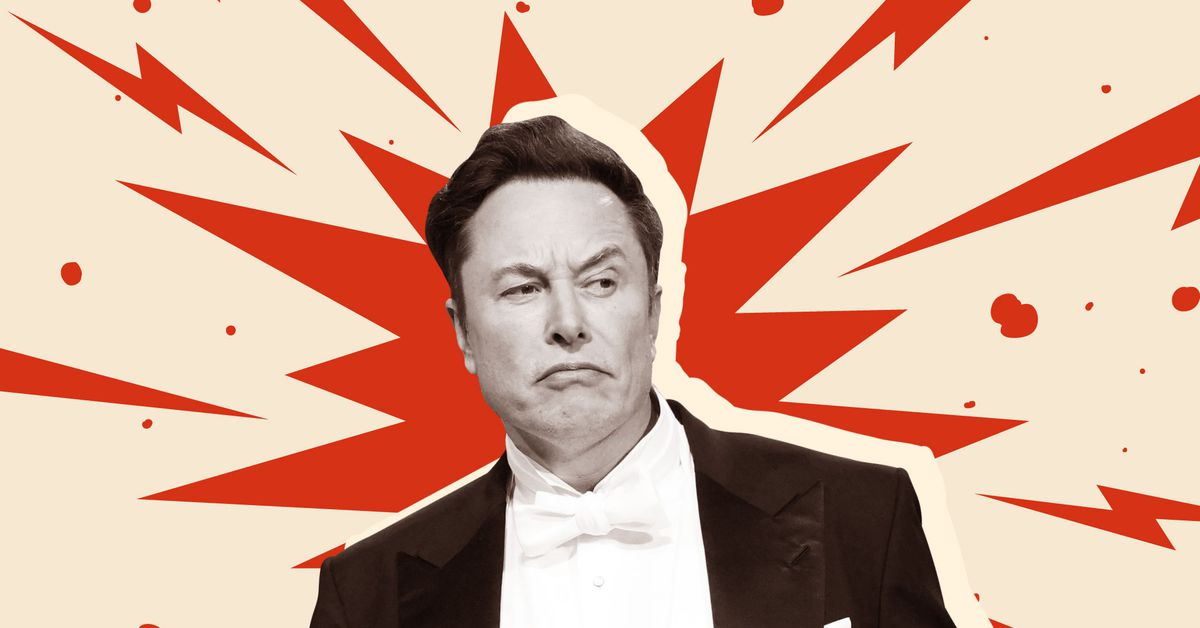 Since Thursday afternoon, when Elon Musk closed his $44 billion acquisition of Twitter and dramatically fired four of its top executives, employees at the company have awaited a message from their new leaders to explain what might happen next. What’s changing, and what’s staying the same? Who will be laid off, and when?

As of press time, though, no such message has been delivered to the company’s 7,500 or so employees. And with Musk reportedly intent on making cuts before Tuesday, when many employees are set to receive new stock grants, it appears that any such decisions will come down to the wire.

The process has been frightening and disorienting, according to conversations with eight employees today and over the weekend. In the absence of official communications, workers have been hunting for clues in Slack and gathering in private Discords to share the latest rumors.

“Planning is happening and is moving as quickly as possible but it’s not complete.”

In Slack, one employee shared a note they’d received from Leslie Berland, Twitter’s chief marketing officer. “It’s very destabilizing I know and the press swirl is making everything worse,” Berland wrote. “Planning is happening and is moving as quickly as possible but it’s not complete. Two things I wanted to make sure you all saw is that Elon has debunked that he was ever planning a 75% layoff and stated it’s false that he is or was trying to rush a layoff before a Nov. 1 vest. Neither of those things are true.”

Also Read : How asset-oriented platforms will change the trajectory of Web3

The Washington Post reported that layoffs would hit roughly a quarter of the staff, heavily impacting teams including sales, product, engineering, legal, and trust and safety.

The turmoil has divided the company into roughly two camps: those waiting nervously to see whether they still have a job after those cuts land, and those who are frantically working to ship new features under a threat of being fired if they don’t.

One thing that made people nervous was the instruction on Friday afternoon that engineers print out the last 30 to 60 days of code they had written, as Platformer was the first to report. It was part of a set of measures Musk and his team have undertaken in an effort to identify Twitter’s highest and lowest performing employees as a precursor to layoffs.

Musk has brought more than 50 employees from Tesla into Twitter to help with the transition, CNBC reported. One employee we spoke with said they had received a call from a Tesla engineer late at night who quizzed about their team and which engineers at the company are most highly regarded.

Frustration over the lack of information has spilled into the company’s Slack channels. One employee wrote this:

since no leadershippy type appears willing or interested in filling the void: if you’re feeling bleak and dismayed right now, just want you to know you’re not alone. this sucks.

want to particularly acknowledge our colleagues on visas and others with precarious employment needs and relationships.

wishing everyone a smooth and quick journey to job stability and security, wherever we all land.

In other Slack channels, employees are sharing contact information in case they suddenly lose access to their communications, another employee told us.

“It’s absolutely Hunger Games, but everyone in the game is trying to help each other,” the employee said.

Musk has pressed engineers to work on at least two major projects, and to complete them within days or weeks. One is changes to Twitter Blue that would require users to pay to retain their verification badges, possibly as much as $20 a month. The second, which Axios first reported today and which we can confirm, is a plan to revive the short-form video app Vine, either as a standalone product or part of the core Twitter app. Our colleague at The Verge Alex Heath reported that, in the case of changes to Blue, the features must ship by November 7th or the team will be fired.

The Vine project has generated moderate enthusiasm so far, we’re told. More than a dozen engineers volunteered to be part of the project after Musk gave it the go-ahead Sunday night.

“You are all software engineers. You know what needs to be written and improved. Do it. You are in charge.”

Other employees are being encouraged to go build something — anything — and show it off to Musk. In one Slack message we saw, an engineering director urged his team to come up with new products and features and share them directly with their new CEO. “At best: you will get some feedback. You may be asked to ship it asap,” the director wrote. “At worst, you will be asked to stop and work on something else. Even in this case, at least you worked on something you love.”

“Please don’t wait for an opportunity to be handed to you,” the director added.

Similarly, on Monday, Behnam Rezaei, senior director of software engineering at Twitter, sent a note to his team acknowledging “big changes” were coming. “I think most important change is going to be cultural change,” he said, according to a copy of the email obtained by Platformer. “Some good, some bad.”

Rezaei tried to rally the troops, telling engineers to focus on shipping code as quickly as possible:

So if you ask what should I do now: do good engineering work. Write code. Fix bugs, keep the site up. I know the criteria for being at Twitter is that. It’s not working on a fancy project for Elon. The good culture change is, it’s shipping and delivering. I encourage you to rotate more on coding and shipping, and less on documentation, planning, strategy etc. If you want to be in a “special” group this week, code and ship 5x as [much as] before. Building what Elon asks or thinks sexy is not the criteria. Being impactful and changing product and helping our users is the criteria. So you don’t need commands from me. You are all software engineers. You know what needs to be written and improved. Do it. You are in charge.

Not everyone is upset about the heightened urgency at the company, we’re told. Twitter has long suffered from a slow pace of product development; some employees we’ve spoken to have found Musk’s breakneck approach to product development at least somewhat refreshing.

But Musk’s attention can be unnerving, too. One employee we spoke with said they had mixed feelings about working on a project Musk is known to be focused on, such as Vine.

“Under normal times I would be excited to work on this,” they said. “But this feels like asking for the eye of Sauron to gaze upon you.”