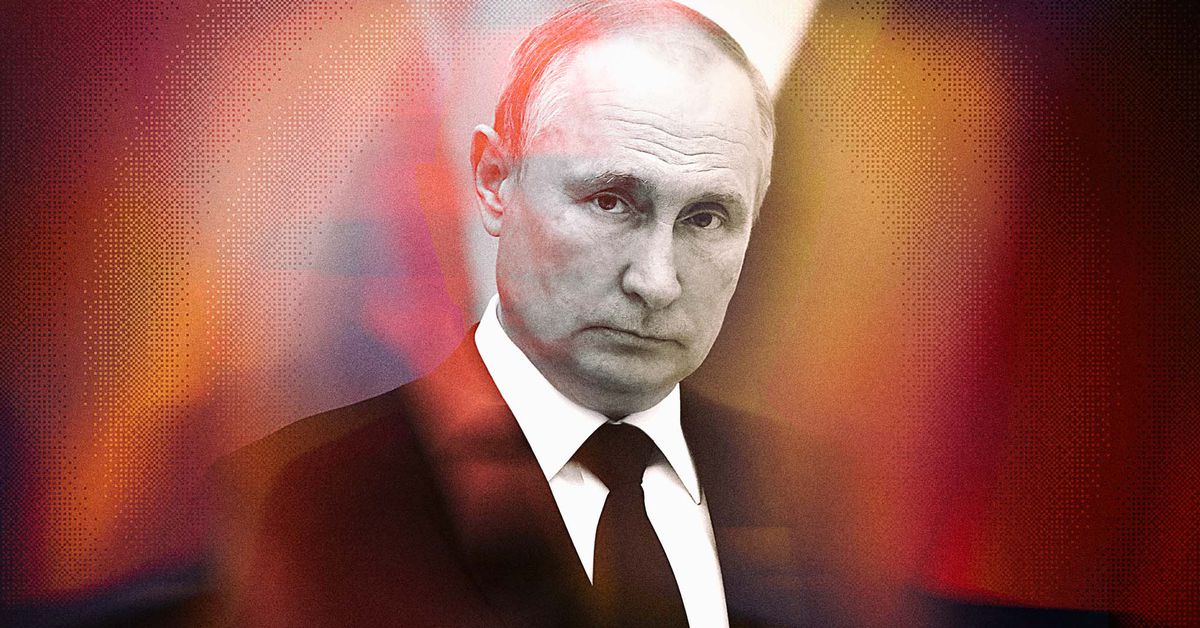 The city of Blagoveshchensk sits in the far east of Russia, some 3,500 miles from Moscow and further still from Kyiv. Across a river, the Chinese city of Heihe sprawls to the south, joined by the first Sino-Russian road bridge; beside the bridge, there’s little about the city to make the news.

But the public affairs of the city are now laid bare for anyone willing to look in the form of 150GB of emails from the Blagoveshchensk City Administration published online by the transparency collective Distributed Denial of Secrets — just one of many data sets leaked to the organization since the invasion of Ukraine began.

As the war in Ukraine approaches the 60-day mark, leaks from the country have been coming at an unprecedented rate. On April 20th, DDoSecrets co-founder Emma Best tweeted that the collective has published 5.8 terabytes of leaks since the invasion started, with no signs of slowing down.

In the “Russia” category, the leaks now include a huge cross-section of Russian society, including banks, oil and gas companies, and the Russian Orthodox Church. Relative to some of the other leaked content sourced by DDoSecrets, the Blagoveshchensk emails represent only a mid-sized leak. The smallest data set (a list of the personal details for 120,000 Russian soldiers in Ukraine) is a mere 22MB while the largest (20 years of emails from a Russian state-owned broadcaster) is a whopping 786GB.

I don’t think people fully appreciate just how much, after invading Ukraine, people are hacking Russia. There are multiple hacks a week and it’s only increasing. For first time in internet history Russia is fair game for cyber attacks, and this is what it looks like

DDoSecrets is not the only place to host leaks coming out of Russia, but it is now indisputably the most active — even though DDoSecrets member Lorax Horne says the organization isn’t explicitly trying to publish information that is pro-Ukraine or anti-Russia.

“For folks who haven’t heard of DDoSecrets before last month, they can be forgiven for assuming we’ve taken a position,” Horne told The Verge. “But really it has to do with the data we receive. If we were getting datasets from the other side, we would also consider that for publication. It just so happens that the majority of the datasets that are coming out are related to Russian entities.”

“If we were getting datasets from the other side, we would also consider that for publication”

Still, it’s hard to deny that many of DDoSecret’s leaks are motivated by antiwar sentiment. (In an interview with NBC News, Emma Best described hacktivists who leak to the collective as “screaming in response to the injustice of Russia’s invasion of Ukraine and the inhumanity of the war crimes committed by the invaders.”) The call for hacktivism that came from the Ministry of Defence of Ukraine also helped, Horne says, directing energy toward a defined set of Russian targets. Besides the moral clarity that comes with direction from the Ukrainian government, other experts point toward a hands-off approach from actors who might otherwise curtail hacking activity.

The organization has been labeled as a successor to WikiLeaks, the pioneering leak-sharing platform that seems to have slowly fallen into disarray in the years since founder Julian Assange’s arrest. As the conflict began, almost all of the site’s channels for submitting documents were found to be inoperative, making it all but impossible to share leaks with the original transparency platform and meaning that WikiLeaks has played little role in hosting data related to the Ukraine conflict.

That has given DDoSecrets a newly strategic role, operating as a de facto front-end distribution system for the fruits of hacktivist activity against Russia.

“Traditional hackers were never looked upon fondly from law enforcement or members of the security community, but it seems they have received a free pass in the current conflict to attack all things Russian,” said Jeremiah Fowler, a security researcher who has published research on hacktivism in Ukraine. “Russia has become Anonymous’s biggest recruiter.”

Yet, while the more chronically online among us might long for a world where sharing data can turn the tide of a war, it’s not clear that this is the world we live in.

Got a hold of the VGTRK mega-leak. Will post findings/interesting bits in this thread as I go through it (could take a very, very long time).

The leaked data would be most impactful if ordinary Russians had access to it and could browse through the archives for concrete evidence of the elite corruption that is still endemic to the country. But with the information environment in the country being ever more tightly controlled by government censorship, it is unlikely that the vast majority of the leaked information will ever receive mainstream attention domestically.

Bret Schafer, head of the information manipulation research team at the Alliance for Securing Democracy, points to the steady suppression of independent media in Russia as a likely factor in limiting the impact of any incriminating information contained in the recent leaks.

“Using the Pandora Papers as an example, they pointed to clear corruption at very high levels within the Kremlin and it didn’t even really create a ripple domestically in Russia because it wasn’t covered,” Schafer says. “You know, it was covered by a few independent outlets that now no longer exist. So even the limited impact that had domestically probably won’t happen this time around, because independent media has been stifled even further.”

Schafer also points to the crackdown on internet freedom in Russia, exemplified by the blocking of Twitter and Facebook within the country since the invasion began. Though some younger, digitally savvy Russians might be able to circumvent some of these measures, the upshot is that even digital news is increasingly Kremlin-approved.

Long term, changing the Russian public’s understanding of the nature of the invasion will be a prerequisite for bringing the country back into the international order, whether this takes place years or even decades into the future. Leak sites could play some role in this, but so will diplomacy and other measures to support the eventual rebuilding of an independent media.

“Whatever the end is here, we can’t kind of come out the other side with 70 percent of Russians thinking that this war was, well, not a war,” Schafer says.