The DeanBeat: GamesBeat Summit Next 2022 will highlight how sci-fi becomes real 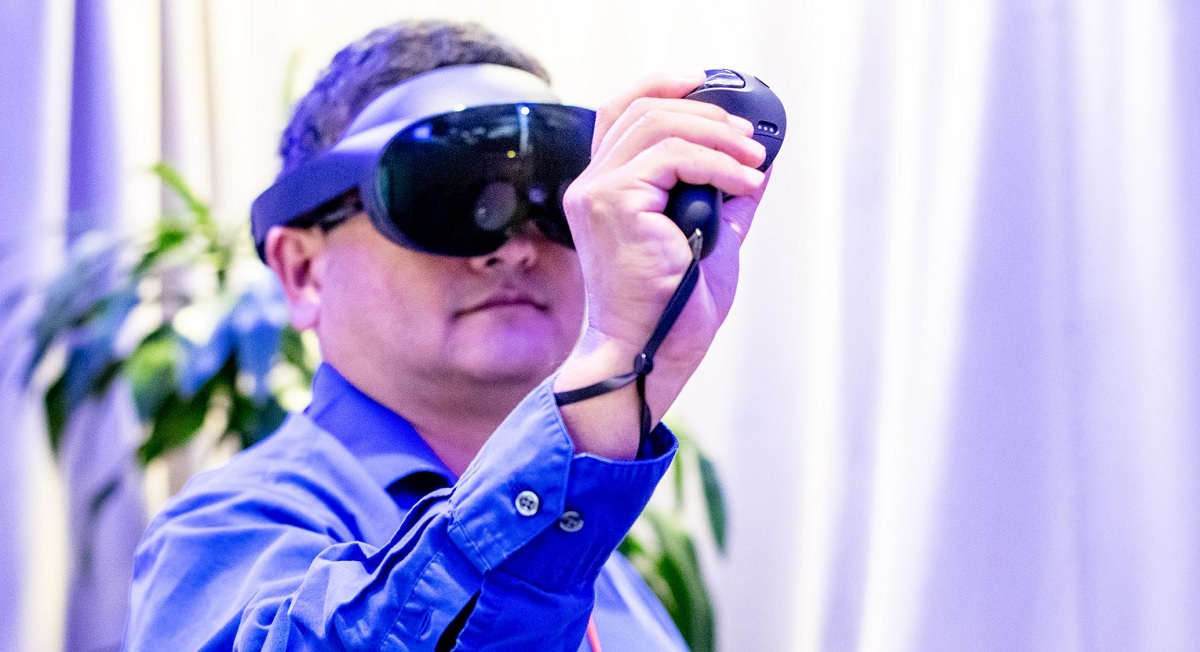 Who would have thought that 30 years after the publication of Neal Stephenson’s sci-fi novel Snow Crash – the book that coined the term metaverse – that one of the bestselling nonfiction books of 2022 (The Metaverse, by Matthew Ball) would be about real technology behind the metaverse?

And I never would have thought that we could get Stephenson, who finally started his own metaverse company Lamina1, to appear as a speaker at the same GamesBeat Summit Next 2022 conference along with that fellow metaverse author Ball, who is opening our online preview session on Monday (the online program runs 9:55 am to 11 am on Monday, and the in-person event takes place on Tuesday and Wednesday in San Francisco; you can use the code Dean50 for 50% off).

We have a lot of exciting sessions that echo this theme of science fiction becoming reality. I hope you’ll notice that many of these links lead to our past coverage of these people and the stories that led them to being on our stage next week.

Of course, it’s not all about sci-fi. We’ll have plenty of talk about real games, like The Sims maker Maxis teaming with Overwolf to do user-generated content, Bain‘s predictions about the gaming market, YouTube Gaming’s Katherine DeLeon talking about GenZ and Samsung talking about cloud gaming.

We’ll also hold a gathering of women at our fifth Women In Gaming breakfast and our second one with actual food. Rachel Kaser will moderate a panel at the breakfast with Latoya Peterson of Glow Up Games, Tammy McDonald of Griffin Gaming Partners, and Beryl Li of Yield Guild Games.

There is nothing more meta than Neal Stephenson starting a metaverse company to foster the open metaverse, which he hopes won’t be controlled by any single company.

It’s often said that George Orwell’s prophetic book 1984 was a warning, not an instruction manual. In Ready Player One, Ernest Cline’s novel popularized by the Steven Spielberg movie warns that a single company could come to dominate the Oasis or the book’s version of the metaverse. Snow Crash was similar in its depiction of a dystopian world that wasn’t in our control.

Mark Zuckerberg’s Meta has the inside track with the debut of the new Meta Quest Pro enterprise VR headset. But many worry he will build one of the walled gardens that will dominate the metaverse, at least the version of it that takes place in virtual reality. But Zuckerberg has in not-so-subtle ways warned that Apple might be more of a problem, dominating the tech world through its control of hardware and the developer ecosystem. He has called for an open metaverse. Do we believe him?

There are still others who say that the big tech companies can’t be trusted to tear down their walled gardens. Stephenson himself has become so concerned about this that he cofounded Lamina1, which is also evangelizing the open metaverse rooted in open-source tech and favoring creators, technical and artistic. I’ll talk to him about that at our event.

Game developers are leading the way to the metaverse, and companies like Neville Spiteri’s Wevr are making it easier for them to develop their metaverse applications. Standards bodies like The Khronos Group are setting up the rules of the world. Companies like The Sandbox, Upland and Ready Player Me are thinking about how to make the metaverse interoperable so that people can own their stuff and take it between worlds.

That part about owning our stuff is something that users will claw back from the big tech companies. Improbable CEO Herman Narula envisions a “data commons,” where we own our data and take it with us. We can keep our data private or profit from it if we wish to do so, based on our own choices.

And as we see in everything from creators to esports (in a panel moderated by Jordan Fragen), gamers themselves want to take control. And with all of this excitement, Kavya Pearlman of XRSI will moderate a panel that can warn us about the hard-won lessons about ethics that we should take from gaming to the metaverse.

This transition from fiction to reality is happening at an accelerating rate, said Lisa Joy, the film and TV producer of Amazon’s The Peripheral sci-fi show, which is based on a novel by William Gibson.

“The idea of a pandemic would have blown our minds a couple of years back and now it is something that we have to adjust to in our daily lives,” Joy told me. “The idea of technologies looming in the abstract in the future — well they’re becoming real at an accelerated rate. Science fiction is less fiction and more fact.”

A case in point: Around eight or nine years ago, AI started paying off with deep learning neural networks. And now we have AI-based innovations like DALL-E which can automatically generate art images. Nvidia showed us research on how AI can generate 3D objects that we can use to populate worlds.

Less than a year ago, battle royale creator Brendan Greene wished on our stage for AI that could help generate imagery to fill out a digital twin of the planet. And we’ll have on stage three companies — AI Inworld, GGWP, and Promethean AI — that are using AI to do that kind of thing and more. We’ll soon be wondering how to treat the AI-based non-player characters (NPCs) in our worlds because they’re going to seem so much like humans. AI will remove toxic people from the metaverse, says GGWP’s Dennis Fong.

All of this tells me one thing that Nvidia CEO Jensen Huang said. When you achieve one big breakthrough that you never thought would happen — like getting AI to work — the dominos start falling for a succession of other breakthroughs to follow.

Improbable CEO Herman Narula will say we are nearly ready for metaverse experiences by explaining the demo that his company powered for Yuga Labs as they put 4,500 Bored Apes — each controlled by a human — in the same concert-like online gaming experience. But he’ll also talk expansively about his vision for a Virtual Society (his book shares that title) and what it could mean for our transhuman future.

In a panel moderated by Lumen’s Umesh Laksman, we’ll discuss the technologies required for the real-time metaverse, with high bandwidth, low-latency technology that will deliver synchronous mass experiences — a definition of the metaverse as described by Ball in his Metaverse book.

Is blockchain the onramp or a bypass?

We have plenty of discussions lined up about whether blockchain games will lead the way to the metaverse, or if they’re a kind of dead-end offshoot. Yat Siu, executive chairman of Animoca Brands, and James Zhang, will do an opener online on Monday to discuss the future of non-fungible tokens (NFTs) and games.

They’ll address what happened that made the NFT market explode, how to navigate through the crypto winter, and figure out what’s hype and what’s real. Will gamers adopt blockchain games, and will that lead us to the metaverse?

Canaan Linder of Stardust, John Welch of Making Fun and Paul Bettner of Playful will join a discussion about whether blockchain games will go mainstream. They all believe that the path to acceptance of blockchain games lies through fun. Can they deliver it, or are gamers jaded on pitches that promise them freedom and deliver more shackles?

Brooks Brown was a vociferous opponent of blockchain’s usefulness in my sessions on Clubhouse. But at Consortium9 he has figured out a way to enable sports teams to embrace blockchain and deliver a better community. He’ll be on a panel amusingly entitled, “How to talk about NFTs without getting people mad at you,” along with James Wing of NCSoft and Mattie Fairchild of Manticore Games.

Alun Evans, CEO of Freeverse, will talk about giving non-fungible tokens (NFTs) more utility by making them malleable. Brad Oberwager, executive chairman of JPMorgan-funded Tilia, will also talk about how to enable commerce and user-generated content across games with Second Life’s payment system.

The craziest ideas of the future

Some ideas seem crazy until you finally pull them off. Jeri Ellsworth has had the craziest trip to the market, but she managed to get her Tilt Five augmented reality tabletop gaming system launched this year to push AR games forward.

Our second day will be bookended by two sessions about sci-fi and reality.

The opening session is about the crazy ideas of gaming’s future in a panel populated by sci-fi fans: Mark Long, CEO of Shrapnel; Nils Wollny, CEO of Holoride, a maker of futuristic entertainment for cars; prolific sci-fi and technologist Eliot Peper; and Riz Virk, faculty associate at Arizona State University, head of the Play Labs accelerator at MIT, and investor at Griffin Gaming Partners.

And we’ll close the day with a panel on predictions from gaming investors, moderated by Playable Worlds cofounder Eric Goldberg.