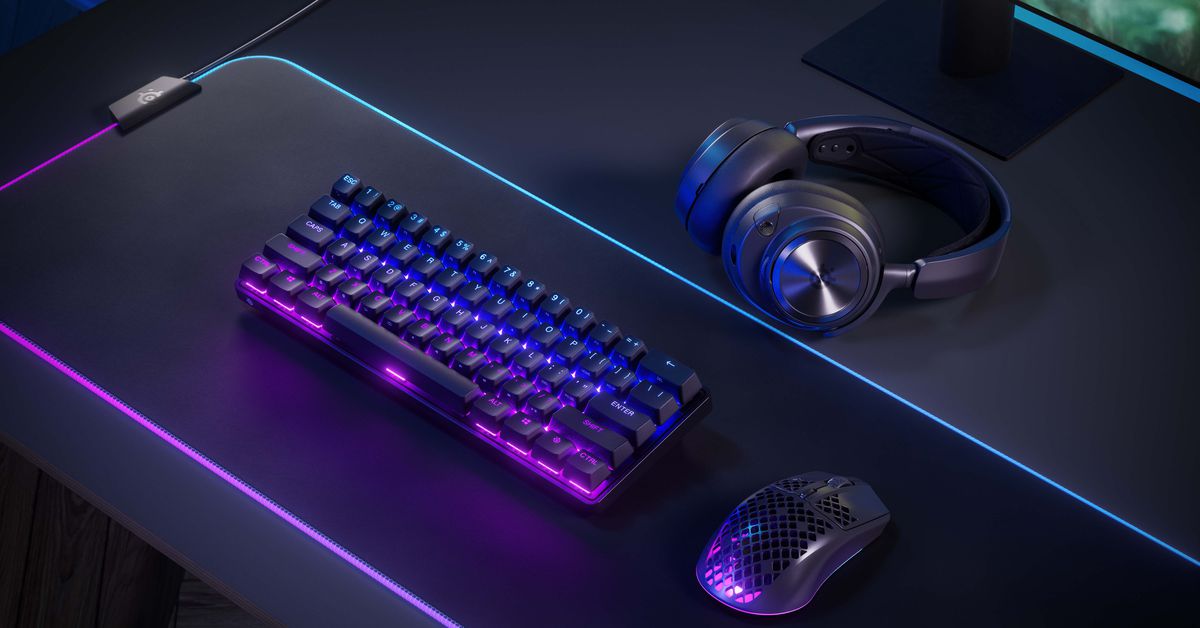 SteelSeries uses these switches to offer a couple of neat features. For starters, you can adjust the point at which its switches actuate and register a keypress. An OmniPoint 2.0 switch can register a press anywhere from just 0.2mm to 3.8mm of travel, an improvement over the 0.4 to 3.6mm of range offered by the original OmniPoint switches. (Though it’s slightly less than what competing keyboard manufacturer Wooting offers with its own magnetically activated switches, which can be set anywhere from 0.1 to 4.0mm.) Gamers might want to set a switch to actuate the second it starts to be pressed, while typists might want to cut down on errant keypresses by having them wait for a full press before actuating.

You can also assign multiple commands to a single switch on the Apex Pro Mini and Apex Pro Mini Wireless. Examples given by SteelSeries include half-pressing a switch to walk but pressing it fully to run in a game or half-pressing to equip a grenade and fully pressing to throw it. The OmniPoint 2.0 switches are rated to last 100 million keypresses, the same as what Cherry promises from its linear MX Red switches.

Both keyboards use a compact 60-percent layout, which means they lack the function row, numpad, and even arrow keys of full-size keyboards like the Apex Pro. That could be an advantage for mouse-and-keyboard gamers who’ll have more space on a desk to move a mouse around, but, in my experience, it’s less good for office productivity. Having to use a keyboard shortcut to access arrow keys is a nightmare in Excel, for example.

Magnetically activated switches are a rarity on wireless keyboards, so much so that keyboard manufacturer Hephboard claims that its recently announced H1-Hera (which it’s currently funding on Kickstarter) is the “world’s first” wireless keyboard to use them. SteelSeries’ Apex Mini Wireless can connect wirelessly to a computer using an included 2.4GHz wireless dongle or via Bluetooth. Battery life is rated at 30 hours with the dongle or 40 hours with Bluetooth in its default lighting profile.

Other features include double-shot keycaps with shine-through legends made of durable PBT plastic, detachable USB-C cables on both models, and per-key RGB lighting.