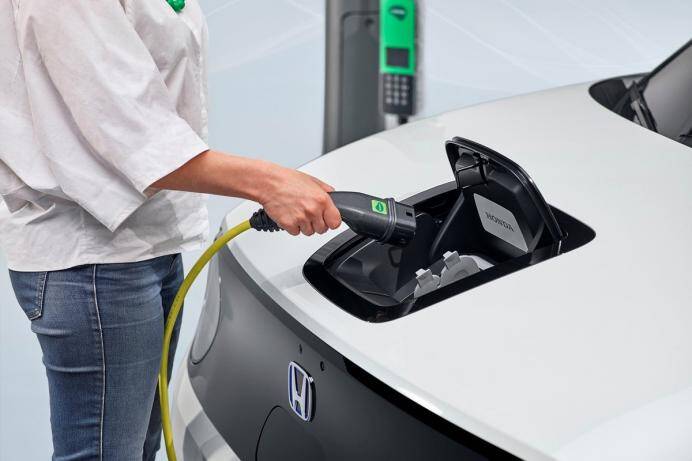 
The Indian government has announced to install electric vehicle charging stations at 69,000 petrol pumps across the country. SMEV has welcomed the move but has a few suggestions of their own.

Image for representational purposes only

Union Minister, Nitin Gadkari announced that the Indian Government is planning to install at least one charging station at 69,000 petrol pumps across the county. The minister of Road Transport and Highways stated that the initiative is geared towards pushing for the uptake of electric vehicles in the country. Gadkari while addressing a virtual conference mentioned that the Indian Government is has taken several steps to promote electric vehicles. Initiatives like the FAME schemes and a reduction in GST to 5%. The Society of Manufacturers of Electric Vehicles (SMEV) in India has welcomed the move for the installation of EV chargers at petrol pumps.

Sohinder Gill, Director General, SMEV shared the union body’s thoughts on the matter. Gill welcomed the move to set up an electric vehicle charging station at every fuel station. He stated that if the massive initiative is done quickly and in sufficient density, it could address the issue of range anxiety.

However, Gill also mentioned a few measures and challenges that will need to be taken into account. Gill’s concerns were regarding parking spaces for EVs for long durations and battery swapping facilities for electric two-wheelers and three-wheelers would make it a wholesome approach.

“Providing sufficient space for parking EVs, especially E cars for a few hours while they are being charged could be a challenge that needs to be addressed while setting up such stations.  A mix of battery swapping and charging station would perhaps be optimal as it would cater to all sorts of EVs including E2Ws and E3Ws.” Gill stated.

Additionally, Gill also mentions that rejigging the FAME2 programme to spur the demand for electric two-wheelers is required. In addition, he suggested the removal of “anomaly of very high GST” on the batteries if sold separately from the vehicle should be considered.

In the virtual conference, Union Minister, Nitin Gadkari highlighted that India is poised to become a global automobile manufacturing hub in the next five years. The Minister has requested the auto industry in India to push for manufacturing flexi-fuel engines that are capable of using petrol or ethanol/CNG as fuels. The Indian Government is also pushing for the use of Hydrogen-enriched Compressed Natural Gas (HCNG).