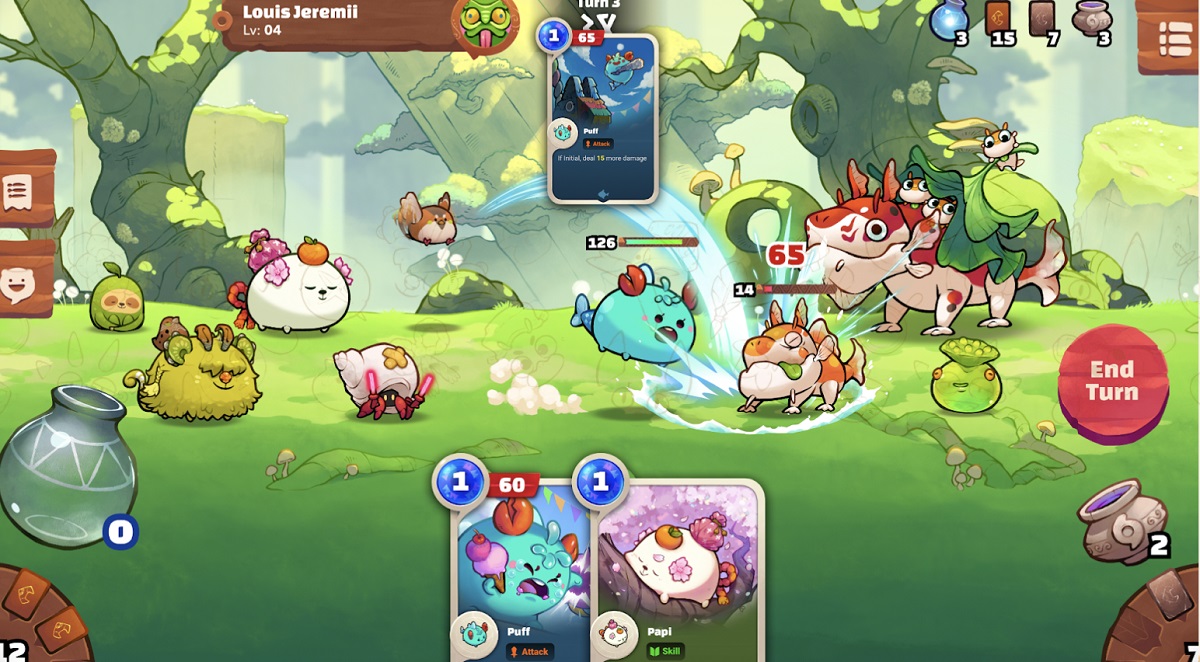 Among the announcements are accessories for Axies (the characters in Axie Infinity), the first mini-game for Land owners (those who buy virtual real estate in the game) and new features for the Land Alpha game scheduled to release later this year.

Axie Infinity took off in 2021, taking the No. 1 spot in the fledgling blockchain gaming market. But with the crypto winter and a crash in non-fungible token (NFT) prices, players started to leave the game. Now the company is doing what it can to keep players interested in the core content.

Sky Mavis unveiled that Axie Infinity: Origin would be renamed Axie Infinity: Origins to allow for a more distinct brand for “Origin” Axies. Additionally, Season 1 begins on September 14, 2022, with a total prize pool of 112,000 AXS (the tokens in Axie Infinity), with 6,750 AXS being awarded to the first-place player.

Upgrading, or Level 2 parts, will unlock vertical progression for Axies where they can evolve to have more powerful parts with brand new visuals. This gameplay will require the usage of resources and materials obtained throughout the Axie Infinity universe.

Accessories will allow players to personalize their Axies with unique cosmetic items the players obtain through a variety of resources or skills. The players will be able to express themselves uniquely and show off achievements to others through the accessories they attach to their Axies.

These key features will come in the future to drive more fun and exciting gameplay for players, and also contribute to sustainable economics for the ecosystem.

Sky Mavis said that Land is an ambitious multi-year project that aims to push the boundaries of Web3 games and be the gathering place for the Axie Infinity digital nation to play, socialize, and build. It will incorporate multiple genres of gameplay including simulation, strategy and role-playing, as well as have metaverse elements for the community to socialize.

An off-chain Alpha game is scheduled for release at the end of 2022 and will focus on gathering resources, processing resources and building structures, which ultimately enables players to craft items to sell to Lunacian natives.

New features will include an Auction House and Idle Combat System. The Auction House will enable players to trade off-chain items in-game which will need to be transported across Land. Land plot location and roads will make a difference in the time it will take to get desired items.

The Idle Combat feature will enable players to sell crafted items to native beings of Lunacia who will use them to fight enemies in the area. In return, players will get currency to build up their land. The items players sell to the natives will determine performance in battle, which will contribute to Leaderboard points. Players who collect the most leaderboard points in a Season will receive rewards.

Land NFTs can be seen as primitives in the Axie Infinity universe just like Axies, which can be used across infinite experiences. In Raylights, which is scheduled to launch in September, players use minerals to craft, grow and discover various plants, which they can then use to decorate their land plot. As they progress they will unlock new ingredients and layers and collect a larger variety of plants to show off.

“I’m excited to be at AxieCon with my fellow Lunacians as we honor the past, embrace the present and celebrate the future of Axie. From Land gameplay updates that push the boundaries of blockchain-based games to accessories that allow personalization of Axies, we are setting the stage for the next evolution of web3 gaming. To our community, thank you for being with us every step of the way as we further our dominance in the space,” said Sky Mavis CEO Trung Nguyen, in a statement.