Report: SaaS app spending up, but security lags behind 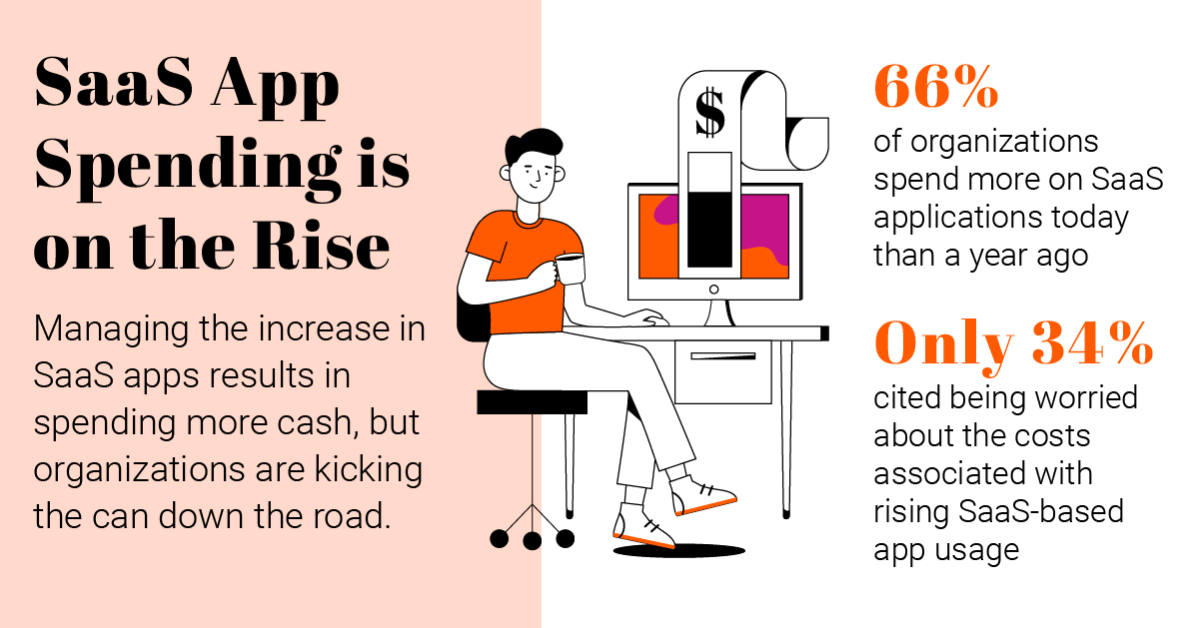 66% of organizations report spending more on software-as-a-service (SaaS) apps, but few are focused on securing them.

Over the past few years, SaaS adoption among businesses has skyrocketed, and it’s easy to see why. SaaS apps offer a cost-effective, scalable and reliable way for companies to quickly optimize their operations. Almost anyone can register for a SaaS app and connect it to work-related data.

So it’s not surprising that a recent study by Axonius found 66% of organizations are currently spending more on SaaS compared to a year ago. And there’s no sign that this trend is slowing down, as a large majority (74%) claims that more than half of their apps are now SaaS-based, while only a third (34%) said they were concerned about the costs associated with this rising usage.

But there’s a catch. The study, which surveyed more than 500 senior decision makers at enterprise organizations across the United States, United Kingdom, and Europe, details just how far behind SaaS security is lagging in terms of urgency and priority. A majority of respondents (60%) ranked SaaS security fourth or lower on their list of current security priorities, despite their organizations’ significant recent investment in SaaS-based apps.

Even though these leaders recognize the associated risks, with 66% of respondents admitting the increase in SaaS applications has resulted in more complexity and increased security concerns within their organizations, it has become nearly impossible for IT and security teams to keep up. Respondents pointed to limited time and resources (28%), pressure to focus on other issues from the C-suite (23%) and staffing shortages (15%) as their primary reasons for not prioritizing SaaS security.

SaaS adoption has only just begun, and if security continues to be left on the backburner, an organizations’ users and their users’ end customers will continue to be at risk.

“Why SaaS Security Is a Priority (Even If You Don’t Know It Yet)” was completed by Savanta in H1 2022. More than 500 senior decision makers from the US, the UK, and Europe were polled.

Read the full report from Axonius.