Refurbished Sonos speakers are discounted for the Fourth of July 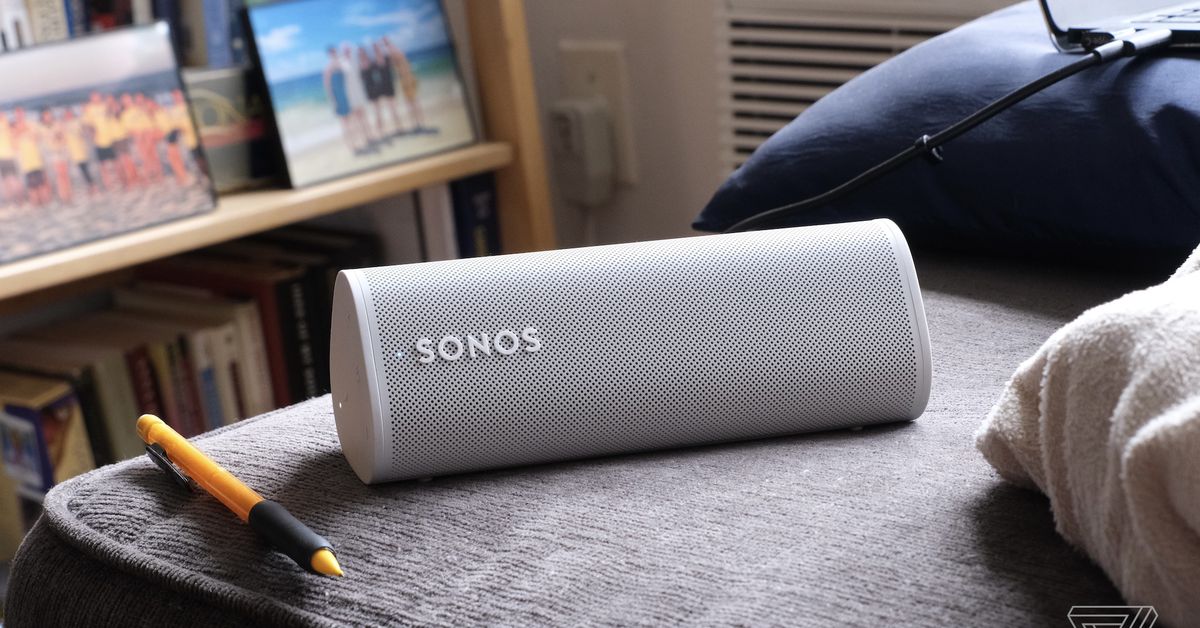 The Fourth of July weekend is here, and hopefully you get to enjoy some time together with friends and family (and lots of delicious food). The Verge Deals compiled the best deals happening in honor of America’s birthday, but today I aim to give you a smaller, fresher selection of deals that may not last through the holiday. Frequent visitors to the site might recognize one or two of them, but I’ve tried to toss in a few new deals for your perusal. Have a nice weekend.

Sonos is hosting another one of its sale events on refurbished audio products (in like-new condition, and covered by a one-year warranty), running the gamut of its most affordable and pricey hardware. Starting at the low end, the Sonos Roam is selling for $139, down from the $169 price you’d pay for a new model. The only downside here is that the color selection is limited to black or white. Read our review.

The Sonos Roam is a truly portable Sonos speaker with a rugged design that’s built to withstand the elements. It also features wireless charging and supports AirPlay 2, Alexa, and Google Assistant.

There are a bunch of other products available at great prices over at Sonos, and I suggest you check them out. I’m going to give just one more refurbished Sonos gadget a shoutout because it’s the best price that I’ve seen on it. The first-gen Sonos Beam soundbar is $191 in black, white, or shadow grey. This model originally sold for $399, but stock is tougher to come by since Sonos replaced it with a $449 second-gen model.

Comparing the two models to each other, not much is different, aside from the more capable HDMI eARC (compared to HDMI ARC in the Beam, eARC has bandwidth for the HDMI 2.1 spec) and the addition of Dolby Atmos support. My colleague Chris Welch said it’s not worth it for current Beam owners to upgrade to. Read our review of the original model.

You might have seen that my colleague Sean Hollister wrote the bold headline “The GPU shortage is over,” and based on GPU availability this past week, it definitely seems to be true. Prices on graphics cards that were so (so!) difficult to find for almost two years are coming down and becoming easier to find in stock. We knew this day would eventually come, but it’s great to actually witness it happening.

There is, perhaps, no better sign of this than Nvidia’s own Founders Edition cards being easier to buy — at least, some of them. We’ve been able to add Nvidia’s RTX 3070 Ti Founder Edition to cart at Best Buy since Thursday evening. It’s just $599.99, the price it was always intended to sell for. I know, maybe not the kind of deal you were looking for. But it’s a bargain compared to paying someone an inflated price. Read our review of the 3070 Ti. Alternatively, for $100 less you can snag Nvidia’s RTX 3070 for $499.99 at Best Buy.

Microsoft’s Xbox Series S console is $30 off at Woot for the next four days (unless it sells out before then). Normally $299.99, you can snag one for $269.99. This console lacks a disc drive, but it’s otherwise functionally similar to the more powerful Series X console. Instead of targeting 4K resolution gameplay, it’s shooting for 1440p, which still looks great. It’s just a solid, budget-friendly Xbox that doesn’t take up much space in your entertainment center. Read our review.

The Xbox Series S is smaller than the 4K-capable Xbox Series X, but it can still tackle the same digital games — albeit at 2560 x 1440 QHD resolution.