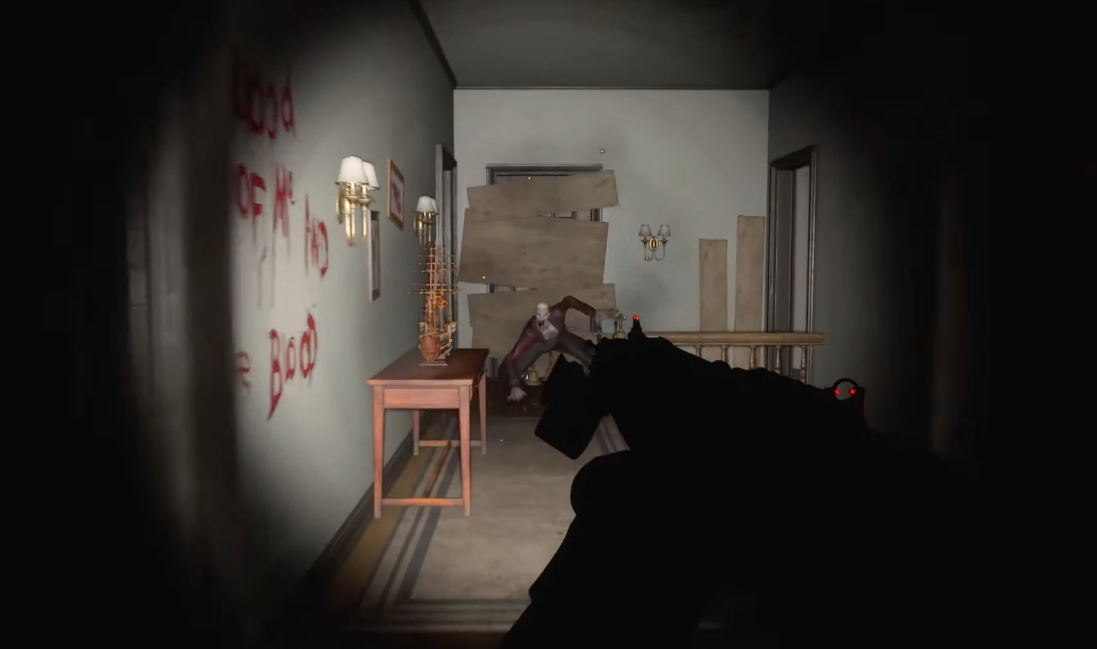 Connect with top gaming leaders in Los Angeles at GamesBeat Summit 2023 this May 22-23. Register here.

At long last, Microsoft and Bethesda revealed at the Xbox Developer Direct event that RedFall is coming on May 2.

RedFall is a four-player co-op or single-player game coming from Bethesda’s Arkane Austin studio, and the title is much bigger than we thought it was with an island that is like an open world.

Microsoft showed off the latest about the game in its Xbox showcase today, and it looks pretty spectacular with a unique spin on vampire and heavy-weapons soldier combat.

RedFall looks a bit like Left4Dead, except with vampires and a different set of fighters who are armed with a combination of heavy-tech weapons and special powers.

Join the GamesBeat community in Los Angeles this May 22-23. You’ll hear from the brightest minds within the gaming industry to share their updates on the latest developments.

“At Arkane we make games where the world itself is as important as the characters,” said Ricardo Bare, creative director at Arkane Austin, during the briefing.

The world of the downtown, decimated boardwalk and neighborhoods on the island is the biggest world the company has built, he said. You get missions from survivors, like going to lighthouse and turning on its lights while liberating it from cultists and vampires.

Redfall takes place on an island town that the vampires have cut off from the mainland, so help isn’t possible. The narrator character Layla Ellison is handy with a shotgun, but it takes multiple shots to bring some of the vampires down.

Microsoft’s Bethesda revealed RedFall at E3 2021 last June as a co-op multiplayer game where human players take on a bunch of vampires in a small town called RedFall. It looks like a thrilling title where players have to acquire heavy weaponry and use special powers to deal with the supernatural might of the vampires.

Redfall is the latest game from Arkane Austin, and it’s an open-world, co-op FPS set in the island town of Redfall, Massachusetts, which has become overrun by a legion of vampires. The gameplay reveal showed off the moment-to-moment gameplay, featuring the continued legacy of creative game mechanics that Arkane Austin is known for.

You can fight vampires like The Shroud, which blankets an area in darkness and disorient prey. It can throw lethal projectiles and easily hide by moving below the floor to avoid damage.

The game looks quite spooky in some parts, like where you go through a house at night, shining a spotlight on bloody signs on the wall. Then you get ambushed by a vampire and have to take it out with a shotgun. But the players can use tech like an invisibility shroud to get around the vampires.

Outside of the main story missions, you can liberate a brewery and its locals from the vampires. You can approach the mission with stealth or combat, and you have to be ready to improvise, said developer Harvey Smith.

You also have to attack vampire nests, which can change every time you set foot inside. To destroy a nest, you have to take out its heart while vampires defend the nest. When you defeat vampire underbosses, you collect a key that you can use against vampire gods.

You can level up an arsenal of weapons, from shotguns to sniper rifles and a lot of tech. You can customize a weapon with a unique vampire stake, which you can use like a bayonet against a vampire.