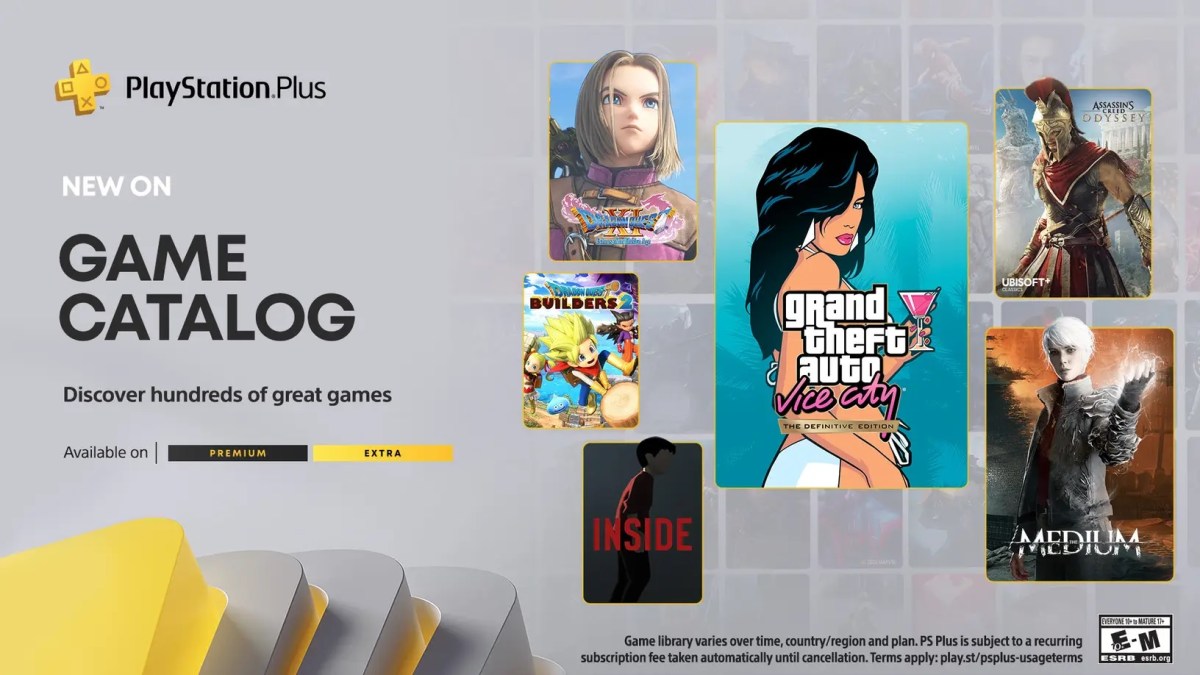 Sony announced the slate of games coming in October to PlayStation Plus’s top-tier subscribers. Starting on October 18, it’s adding several new titles to both Extra and Premium tiers, including several PlayStation Classic titles. This is in addition to the games it added for Essential subscribers earlier this month.

Grand Theft Auto: Vice City, Inside, The Medium, Naruto to Boruto: Shinobi Striker and Hohokum make up the rest of the Extra offerings. It’s a decent grab bag, though it’s a bit disappointing that the only horror games coming in the spooky season are Inside and The Medium.

As usual, certain games, like the Classics, are available only to Premium-tier subscribers. This month, Premium’s offering includes three Yakuza titles: Yakuza 3, 4 and 5, all remastered. Sony announced in August that it planned to bring the entire series to PS Plus by the end of the year. The Classic titles are PS3-era titles Limbo, Ultra Street Fighter IV, Castlevania: Lords of Shadow and Everyday Shooter.