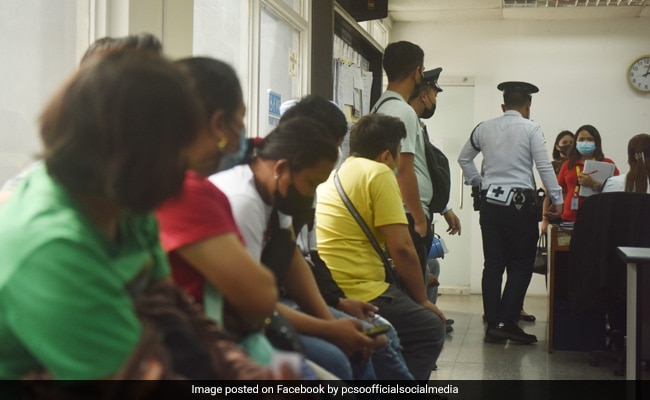 A large number of winners came to the PCSO office to claim their prizes.

More than 400 people won the jackpot in the Philippines in a grand lottery draw, which surprised everyone because all of the winning numbers were multiples of nine. A Senate probe has been requested by netizens in response to this unbelievable event.

At a press briefing, the Philippine Charity Sweepstakes Office (PCSO) General Manager Mel Robles said the sweepstakes office is open to investigation but said they “found nothing wrong” in the Saturday evening draw of the 6/55 Grand Lotto draw on Saturday night, where 433 people bet on the winning combination, reported The Philippine Star.

“Robles said it was a “natural occurrence” and that many bettors have a number of combinations that they “take care of”, or regularly bet on.” The PCSO said that 433 bettors received the winning combination of 09-45-36-27-18-54 during the 6/55 lottery draw.

For the jackpot winners, it is undoubtedly great news, especially with the approaching holiday season.

According to The Philippine Star, Senator Risa Hontiveros said she supports call to investigate the lotto draw.

“We just want rule out any doubts in the public mind that the results have been manipulated. While we recognize that people tend to bet in patterns, we also want to make sure the system is secure, free from glitches, and trustworthy,” she said.

“These lotto games are authorized by the Republic of the Philippines. Therefore, we need to maintain and protect the integrity of these gambling games,” Philippines senate minority leader Aquilino Pimentel III said, as per a Bloomberg report.