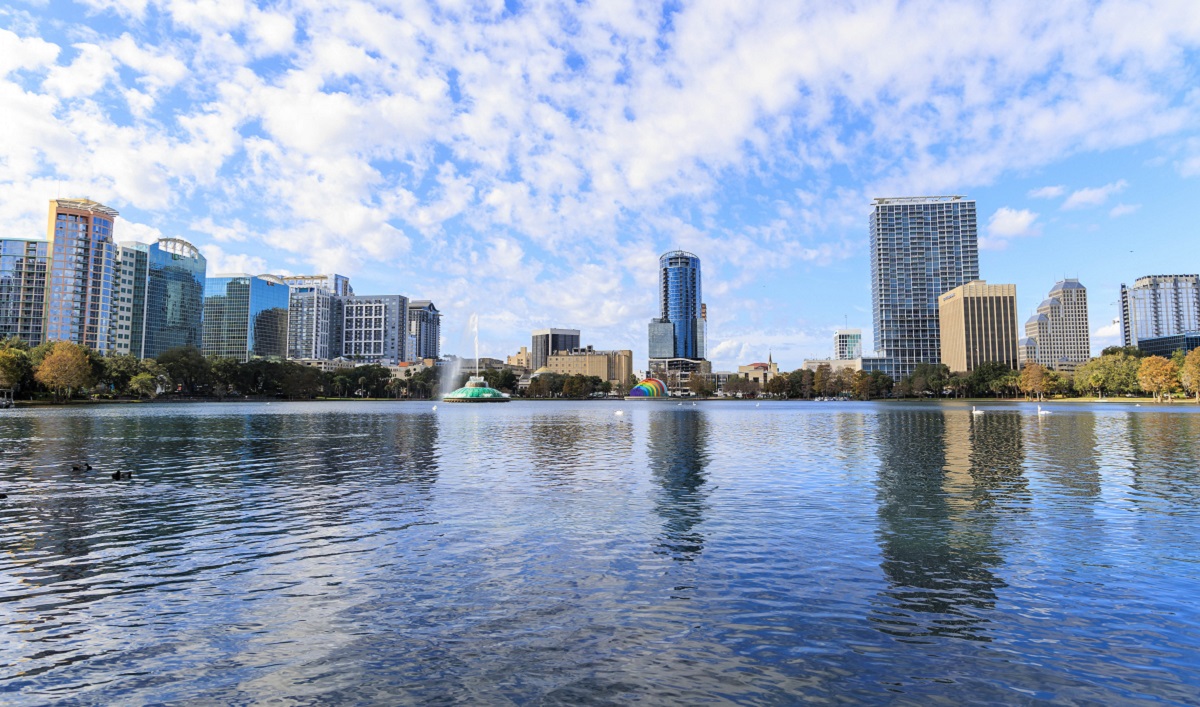 Orlando wants to be the center of the metaverse. The Florida city has teamed up with Unity Technologies, the game engine maker, to create a digital twin of the city.

The city will be one of the first to test one of the central theories of the metaverse, the universe of virtual worlds that are all interconnected, like in novels such as Snow Crash and Ready Player One. Once the domain of science fiction, the vision for the metaverse is on the verge of becoming a reality.

And Orlando wants to show the world will benefit from connecting virtual worlds with the physical world. As the home of Disney World, Orlando is familiar with the notion of turning dreams into reality. But it also hopes to go beyond the Magic Kingdom and become better known as a hub for the metaverse, Web3, and the related industries of augmented reality, virtuality reality, AI, gaming, and simulation training.

“Orlando, for as long as I can remember has always been defined as one thing: The Magic Kingdom,” said David Adelson, chief innovation officer for the city. “And so what’s interesting is that in the background of all of that, which is great stuff, there has been innovation and technology. For each one of the sectors and the building blocks that make up the metaverse, Orlando has been playing in them for a really long time.”

I met Adelson at the recent Augmented World Expo event in Santa Clara, California, and sat down with him for an interivew.

The metaverse-related industries have had roots in Orlando for decades, and now Orlando wants to become known as the MetaCenter, a metropolitan center known for both its fantastical and authentic elements. That sounds like a lot of marketing. And it is, for now. A lot of people have their doubts about whether the overhyped metaverse will really happen. But the deal with Unity shows the city is serious.

“The parks and attractions that we have are our anchor industries,” Adelson said. “But that’s also where the metaverse becomes real. That’s where people first experience it through those experiential entertainment rides, environments, and the technology behind that.”

With augmented reality and virtual reality, Orlando has been a $6 billion market for defense-related AR and VR. Because of the defense focus, Unity engine maker Unity Technologies has the biggest concentration of Unity licenses in the city of Orlando, Adelson said.

“The developers are in Orlando,” Adelson said. “For the AR and VR chapters, the central Florida chapter is the most active in the world. We have a lot of small companies that are either developing VR and AR for gaming, for education, entertainment.”

McKinsey & Co.’s new research shows the metaverse could grow up to $5 trillion in value by 2030. And it’s not all about games. In fact, games are expected to be smaller than enterprise markets and ecommerce in the metaverse, according to McKinsey.

Companies based in the region include Disney, Universal, Lockheed Martin, Falcon’s Creative, Brand XR, AVT Simulation and Red 6. Disney, of course, has had a lot of tangles with the state of Florida over Disney’s support for trans people and Disney’s opposition to the state’s “Don’t Say Gay Law.” But Adelson notes that the city of Orlando is not the same as the state of Florida when it comes to Disney.

“Orlando is not the state of Florida,” Adelson said. “We pride ourselves on being inclusive, collaborative, and things like that because we are a melting pot. That’s what makes us who we are.”

The game companies with a presence in Orlando include Electronic Arts, Iron Galaxy, 302 Interactive, Echo Interaction, Unity, and GameSim. On the AI side, the companies include Checkr, SoarTech, Kore.ai, Care.ai, MindSphere and AdventHealth. And in 3D Reconstruction, the roster includes CREOL, UCF’s College of Optics and Photonics.

The Orlando Economic Partnership (the region’s economic development group) is working with Unity to create a digital twin of the 800-square-mile metro area that will use new 3D technology to map out scenarios on everything from infrastructure to real estate to talent availability and more.

The Unity rendering will capture 3D scans of exteriors and interiors of buildings, and it will help with the analysis of power grid expansions, traffic flow, stoplight timing, and climate change.

The Orlando folks also participated in last week’s ringing of the Nasdaq bell in the metaverse by futurist Cathy Hackl, chief metaverse officer of Journey. Hackl is working with the city to help cement its reputation in the metaverse, and the bell ringing happened in both the physical stock exchange building and the metaverse.

“I see the area from South Florida, which is focused on crypto, all the way up to Orlando, which is the simulation capital of the world, becoming one of the metaverse and Web3 innovation corridors to keep your eye on,” Hackl said.

Orlando is home to Full Sail University, a tech and video game university that helps train a lot of the talent in the region. Overall, 550,000 college students live within a 100-mile radius of Orlando. While Orlando focuses on science and innovation, nearby Miami is emerging as a cryptocurrency-focused city.

“When you look at the building blocks that will make up the metaverse, it’s represented here,” Adelson said. “Miami can have blockchain and crypto. They pretty well already paint themselves with that. But that’s okay. The MetaCenter is where the actual center of the metaverse is being created.”

He noted that Orlando has a high-speed rail train that connects the city with Miami, and that means the region’s tech centers are sufficiently connected for collaboration purposes.

Of course, people worry a tech slowdown could be triggered by the malaise in the larger economy. Adelson noted that over $1 billion was invested in Orlando in the first four months of the year, with a big chunk of that going into AI, 3D simulation, optics, and photonics.

Adelson acknowledges a lot of people in Orlando probably aren’t that aware of the metaverse. But he said that is part of the point around the campaign for MetaCenter.

“They feel like it’s just gaming and that’s it. They don’t understand how many pieces touch the metaverse, and when you peel back those layers you see how it becomes a very real thing for Orlando,” Adelson said. “There is so much industry around it already. We’re not building new industries to handle the metaverse. We’ve had these industries in our pocket for a decade or more already.”

While it may take 10 or 15 years for the metaverse to come to fruition, Adelson doesn’t mind that. He knows that it may take a new generation to adapt to the changes the metaverse will bring, and he looks at his 15-year-old son who is already spending a lot of time in VR watching movies with friends, watching football games, and engaging in other things in the metaverse.

“We are seeing how the new generation is beginning to adapt,” he said.