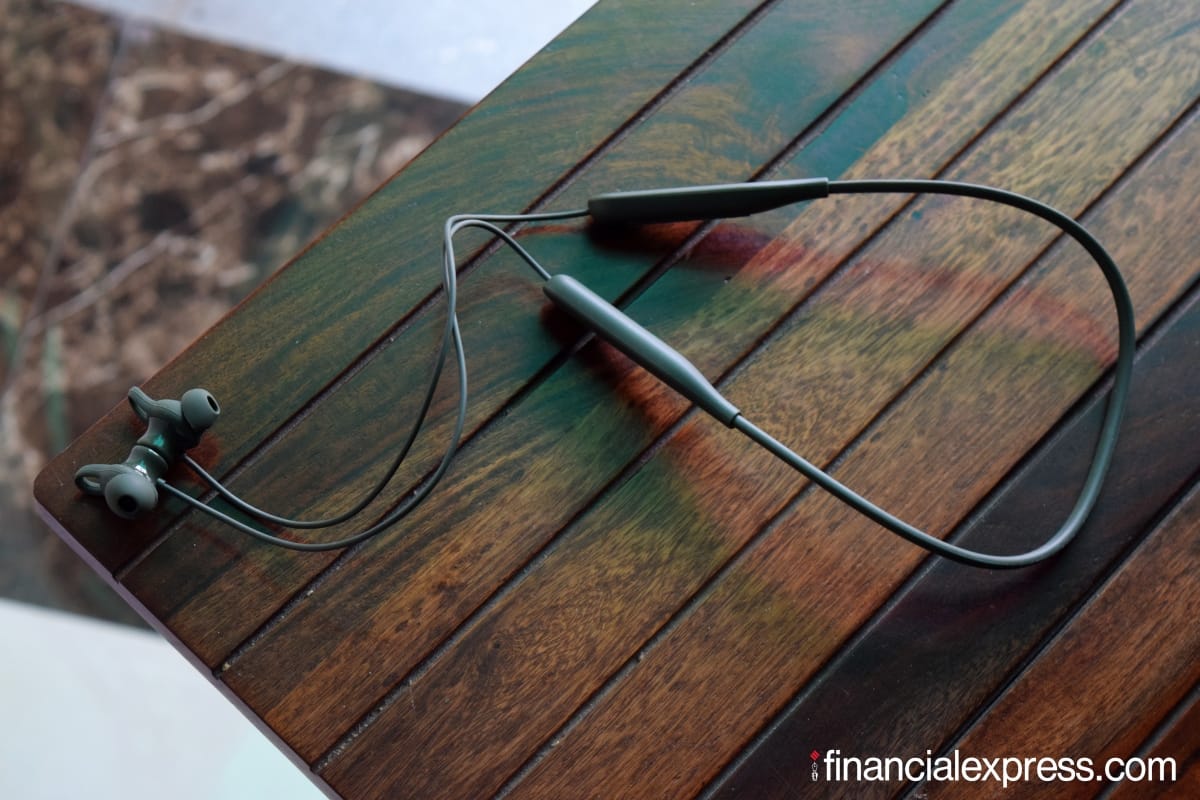 We all may gush over the form and convenience of truly wireless earbuds, but there are some areas where they just can’t beat neckband wireless earphones. You can’t wear them without some degree of anxiety of losing them, for one. Not having enough battery life is another deal-breaker. There isn’t a lot of space to put big drivers, too. Often times, it’s hard to find the right combo that strikes the right balance of sound and features. Even more so, on a budget. Neckband wireless earphones offer a relatively safer haven for all kinds of buyers, including those who may be very conscious about parting with their hard-earned money.

Oppo’s Enco M31 neckband wireless earphones were way ahead of their time, at launch, offering an eclectic mix of sound and features all put together meticulously inside a sleek and premium-looking package. They were far from perfect, but their entry-level pricing – under Rs 2,000 – made them a no-brainer. Everybody wanted to see where Oppo could go from there. Almost two years later, we have the answer. Meet, the Enco M32.

The Enco M32 and Enco M31 are like chalk and cheese. While the M31s were straight-up futuristic, the M32s are more functional and more practical, if a little generic-looking. The same philosophy applies to hardware choices as well. Oppo has also tuned them for India’s masses, which is to say, more people should like the way they sound. There are upgrades across the board, and yet they are priced more aggressively than the Enco M31. The Oppo Enco M32 price in India is set at Rs 1,799.

Visually, they look largely as expected—all-plastic body with a distinct collar and stem, one of which holds inward-facing physical controls and USB C charging port covered by a protective flap. They come in two colours—black and green. Unlike the Enco M31, the M32s have a single-tone design with in-ear silicone tips which additionally come with individually removable wings. This is a nice touch since it helps in securing the fit, further.

The M32s weigh slightly more (26.8g versus 22g) which makes them feel more solid, but the bigger draw is that the wires are—now— thicker and sturdier. What a difference that makes. Oppo has also made them IP55 rated this time, which makes them both dust and water resistant (the Enco M31s were only IPX5).

The earphones have magnets at the base of the tips and can instantly pair with your device the moment you split them (snapping them together pauses playback and powers them down as seamlessly). Speaking of which, there are a total of three physical buttons in the Enco M32—volume up, down, and multifunction. They’re nice and tactile especially compared with the M31s mushy setup.

We’ll start with comfort because that’s the first thing anybody would look for. We’re happy to report that the Enco M32s are built well and are comfortable to use, even for an extended period of time. They may not be as light as the M31s, but remember, that design came with a price, too. It wasn’t the most durable. The M32s are more suited for everyday use, and they can take the beating that everyday life would throw at them, without so much as a hiccup.

Pairing is breezy. Simply press and hold the multifunction button and these earphones are ready to pair with any smartphone, tablet, or PC. You can also switch between two paired devices near instantly by pressing and holding the volume up and down buttons for about two seconds. There is support for voice assistants. This is activated by pressing the multifunction three times. The same button also plays and pauses music, answers/hangs up (on press) and declines (press and hold) a phone call. There is no app support, so, you can’t change these functions manually.

The biggest headlining feature of the Enco M32s is their long-lasting battery life. Oppo has packed a ginormous 220mAh battery inside these earphones (versus the measly 88mAh in the M31s) and it shows. They’re rated to deliver up to 28 hours of music playback (with 60 percent volume) and real-world numbers are mostly bang-on. They can go on and on. That is not all. 10-minute charge equals 20 hours playback on them, which is frankly ridiculous. A full charge takes only 35 minutes, too, which is impressive.

Oppo is spot-on with its 60 percent volume benchmark because you’re more likely to keep it at this level, or even lower, depending on your preference. This is because the Enco M32s can get very loud. 50-60 percent is the sweet spot. Anything higher and you’ll get some distortion. The M32s are a whole different beast when it comes to sound signature (versus the M31s). They have 10mm drivers (versus 9.mm in the M31) and an “independent” bass chamber.

Expectedly, they favour lower (and mid) frequencies, which is to say they’re bass driven. Everything else takes a backseat. The sound stage is not as wide as the M31s that also offered a manual “balanced” mode setting for squeezing out a little more clarity in the mids and highs. We won’t call the output muddy. The Enco M32s sound very, very good for how little they cost, but definitely there is an overemphasis on bass which means their target audience is pretty specific. That group is sizeable, though, so we don’t think that’s a problem.

Again, we would like to reiterate, it’s not that you won’t enjoy dialogue-heavy content or ensembles with a diverse instrument set on the M32 earphones. It’s just that the M31s were able to do it slightly better. But then, they won’t give you the same level of thump and kick in electronic, hip hop, and rap music as the M32.

Spec-nerds will be quick to also point out that the M32s don’t support the higher-resolution LDAC codec (like the M31). You’ll have to make do with lossy SBC and AAC and while that’s really not a deal-breaker, we’re surprised why Oppo would drop what could have become its most “unique” feature, considering that you don’t normally get something like this at this price.

There is a single omni-directional microphone in the Enco M32 that does the job well enough. Voice calls are generally nice and clean though this may vary depending on your whereabouts.

Using the Oppo Enco M32 for over two weeks has made it abundantly clear to us how important cracking the fundamentals are. These wireless earphones do lack what is often called the X factor, something that the Enco M31 had in abundance. But they more than compensate for it by offering terrific value as an overall package.

Nice and sturdy design with IP55 rating, great battery life with insanely fast charging, and good all-round audio performance, you name it—the Enco M32 earphones have it all. Not a lot of earphones do that, which makes the Oppo Enco M32 a highly recommended buy at its price.