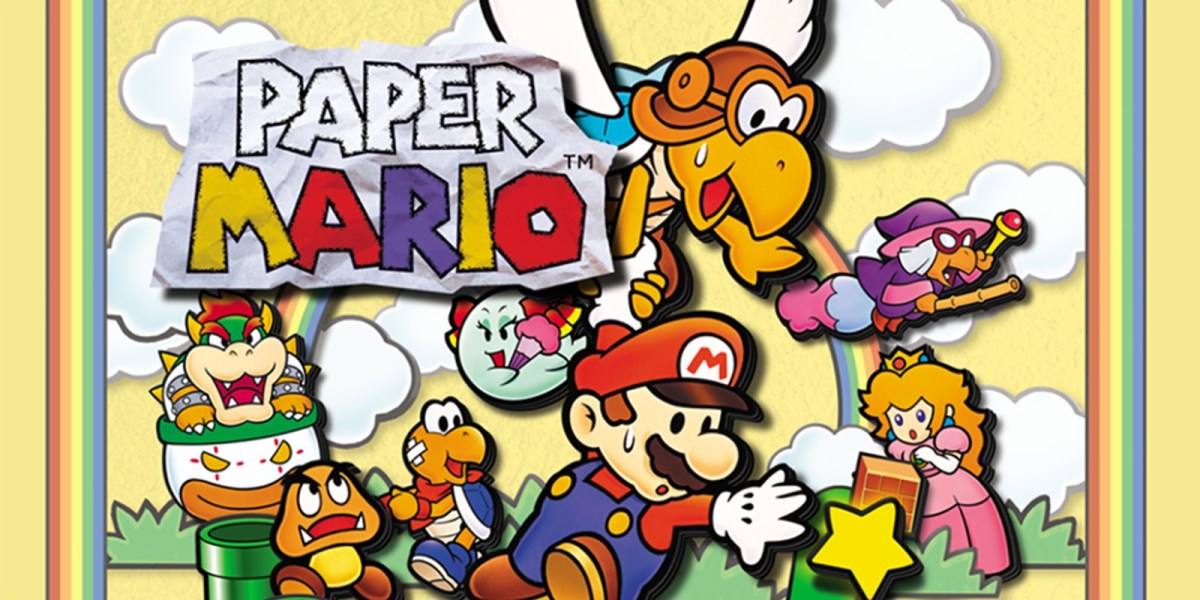 Other new games confirmed for Nintendo 64 online that have yet to come include the following:

Nintendo did not say when those games are coming. But in a press release for the 21-year-old Paper Mario, the publisher did say that it still has “more on the way.”

Paper Mario debuted August 2000 near the end of the Nintendo 64’s life. Developer Intelligent Systems designed the game as a followup to Super Nintendo’s Super Mario RPG. Like that predecessor, Paper Mario has turn-based combat and substantial narrative (for a Mario game). But unlike the Super Nintendo game, players team up with one partner character at a time.

Many fans consider the GameCube’s Paper Mario: The Thousand Year Door the peak of the series, but the original Paper Mario shares much of the same DNA.

If Nintendo releases one game per month for the N64 online service, it should complete the library sometime around the end of the President Justin Bieber’s second term. Yes, we will amend the Constitution to let him run.