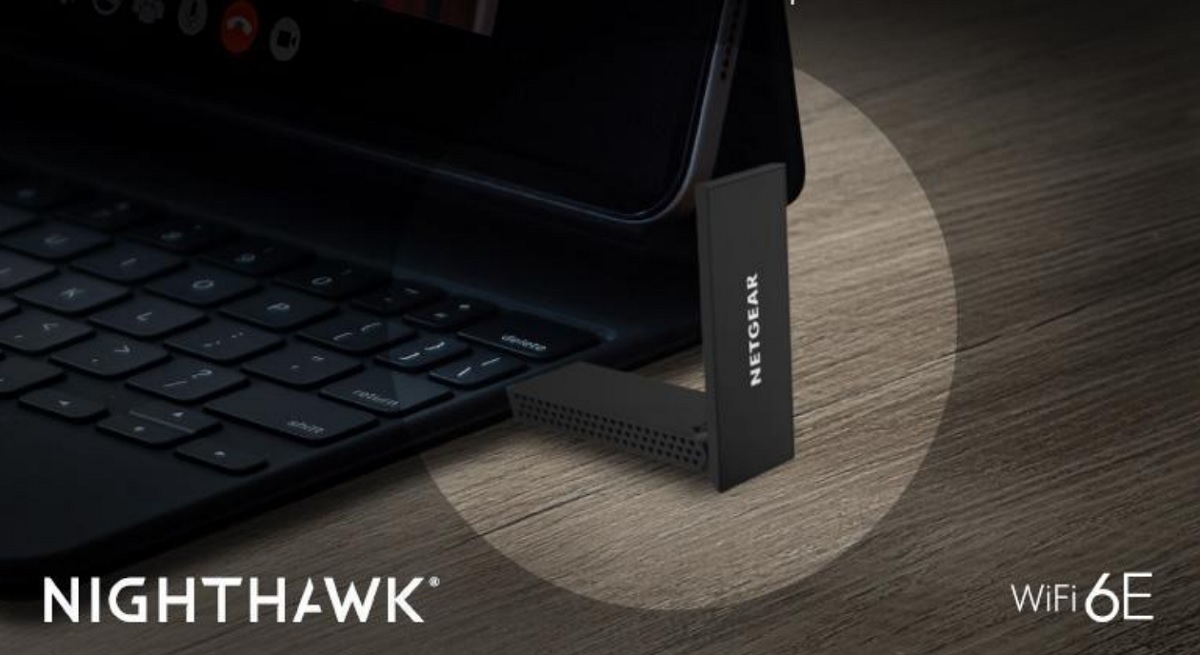 I lose a lot of battles because of lag, or interaction delays on my computer. OK, while that is not true, Netgear is coming to the rescue of folks who have this problem. Today it is launching the Nighthawk AXE3000 WiFi 6E USB 3.0 Adapter (A8000) to upgrade notebook and desktop PCs to the fastest WiFi available.

The new adapter is the first WiFi 6E USB 3.0 adapter to enable users to simply plug in and enjoy WiFi 6E speed, power and performance, the company said.

It’s for PC users who want to take advantage of the new 6GHz band, an express lane for WiFi 6E-
enabled devices. The Netgear Nighthawk A8000 is an easy and relatively inexpensive way to
boost speeds and upgrade to the latest WiFi specifications without upgrading their PC.

For gamers and non-gamers alike, this first-of-its-kind adapter from Netgear provides a faster, more reliable connection to their home WiFi network directly through the USB port. The A8000 delivers maximum WiFi speed to customers who use it with the company’s premium WiFi 6E routers and mesh systems, including Orbi 960 Series, Nighthawk RAXE300 and RAXE500.

“As an industry-leader that consistently delivers first-to-market technologies to maximize
connected experiences, we are proud to introduce the first-ever WiFi 6E USB 3.0 adapter,” said
David Henry, president of Connected Home Products and Services at Netgear, in a statement. “Netgear’s Nighthawk A8000 provides an easy and cost-effective way to bring the latest standard of WiFi to both modern and legacy computers.”

Netgear’s proprietary, high-efficiency antenna design, which also flips open for greater reception, ensures
omni directional coverage and low loss for all three WiFi bands. The compact cradle makes the adapter easy to mount in and around the computer to find the strongest signal possible.

You plug in the A8000 and access the exclusive 6 GHz wireless express lane for 4.6x more speed, capacity, and bandwidth over WiFi 5.

The A8000 auto-senses your router’s WiFi technology and connects to the right band — 2.4GHz, 5GHz, or 6GHz — for next-level speed and performance. Smoothly transfer data, stream HD video, and enjoy less lag during gaming with connections of up to 600Mbps on 2.4GHz, 1200Mbps on 5GHz, and 1200Mbps on 6GHz. It will be available this month and sells for $90.