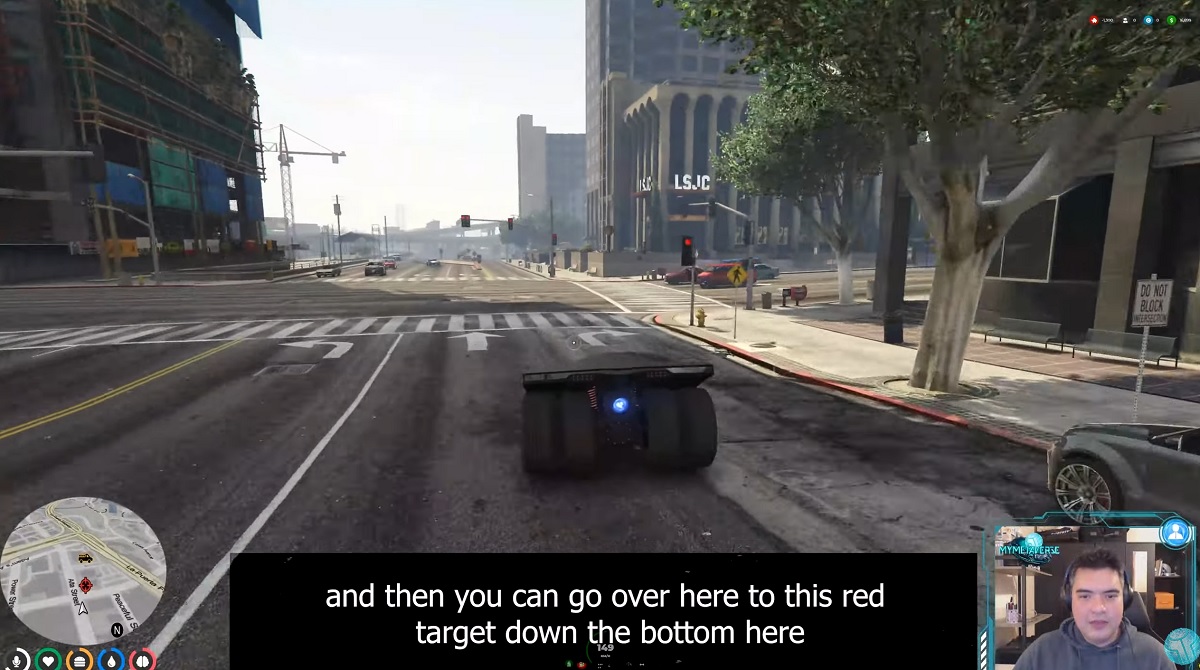 MyMetaverse is a game development company specializing in creator-led metaverses with play-and-earn economies. It said that on launch, the NFTs perform different functions in three different games.

The MetaHome NFTs offer unique gameplay utility in every world where they are recognized. In Infinity Auto, a MyMetaverse Grand Theft Auto (GTA) 5 server, they take the form of a rare vehicle; in Survival Infinity, a MyMetaverse Minecraft server, the NFTs become a special sword.

I asked if these NFT integrations were specifically approved by Rockstar Games or Take-Two Interactive, the companies in charge of Grand Theft Auto V, or Microsoft, which owns Minecraft developer Mojang.

MyMetaverse is one of the ecosystem partners to be granted early access to make NFTs available on Efinity, with a range of projects waiting to be onboarded over the coming weeks. Enjin, the ecosystem for integrating NFTs into virtual worlds, is helping build Efinity, a parachain built on Polkadot and designed to enable fast and affordable NFT transactions.

The launch of NFTs on Efinity, a scalable, decentralized, cross-chain network designed to bring NFTs to everyone, is a milestone for Enjin and the next generation of blockchains built on Polkadot, the companies said.

“We believe the most valuable NFTs will be those that have the greatest impact on people’s everyday experiences,” said Simon Kertonegoro, CEO and founder of MyMetaverse, in a statement. “With utility in three separate games, the MetaHome collection is an exploration of blockchain-enabled, cross-game interoperability. Thanks to Enjin’s toolkit, it is now the first playable NFT within the Polkadot ecosystem.”

In addition to the GTA 5 and Minecraft servers, the MetaHome collection is already functional in other MyMetaverse titles, including the massively multiplayer online (MMO) game Infinity Realms. MyMetaverse leverages Enjin’s Open Platform to integrate the MetaHome NFT collection across its gaming servers.

Witek Radomski, Enjin’s CTO, said in a statement, “Enjin aims to be the NFT highway connecting game studios and their users onto the blockchain. Leveraging Enjin’s comprehensive suite of tools and the scalability of the Efinity parachain, we are excited to collaborate with MyMetaverse to integrate NFTs into AAA games such as GTA 5––allowing gamers to own digital collectibles within their favorite games.”

An exclusive set of game studios currently have access to the Efinity development platform, following the official launch in March. The latest adopters include Square Enix and Entropia Universe, who join an ecosystem of more than 100 gaming studios that are building on Efinity before it is released to the wider development community, Enjin said. Enjin has also been building a blockchain explorer, wallet, marketplace, and various developer tools to support the growth of Efinity.

MyMetaverse was founded in 2018.