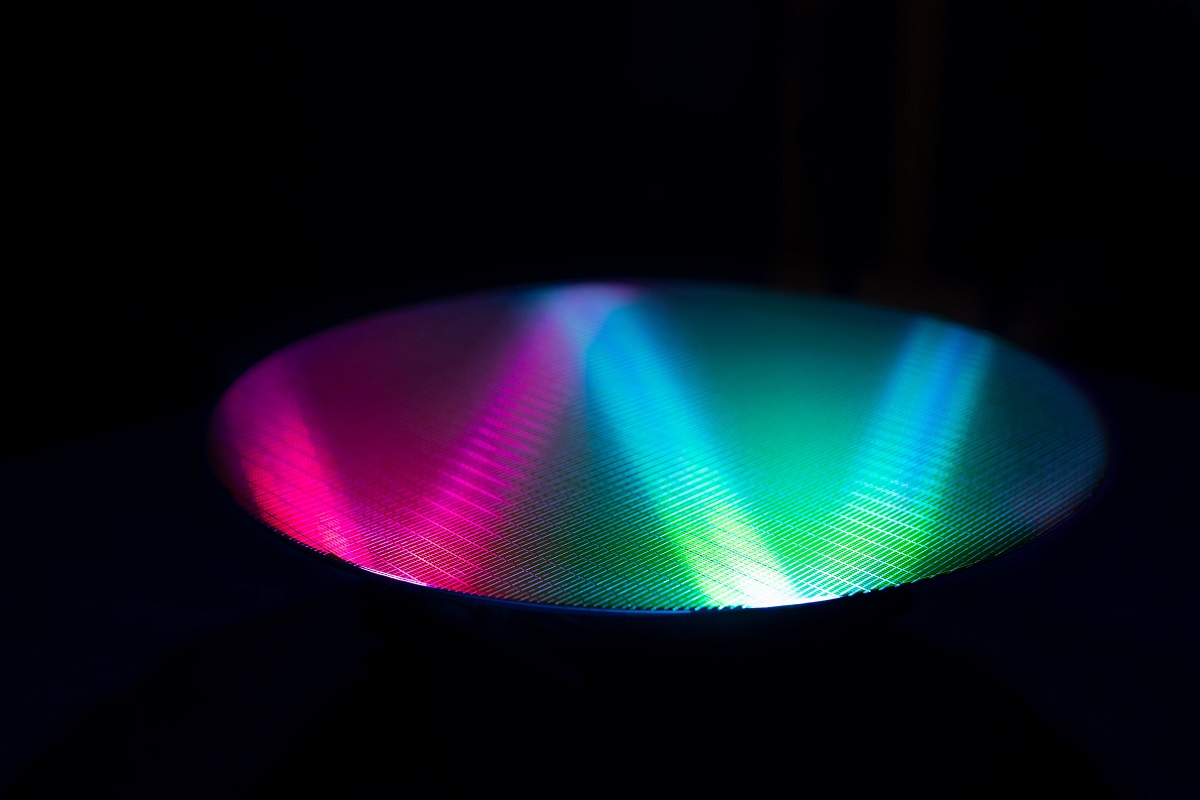 Micron Technology has launched its 1-beta DRAM to improve power efficiency by 15% and bit density by 35% for memory chips.

This means that the Boise, Idaho-based memory chip maker is still one of the industry’s leaders when it comes to manufacturing semiconductor chips, which many describe as the oil of the digital age.

This new technology for manufacturing dynamic random access memory (DRAM, or the kind used in most high-value electronics) will underpin a new generation of memory chips for Micron, said Thy Tran, vice president of DRAM process integration at Micron, in a press briefing.

In 2021, there were about 81 zettabytes of data created, she said. By the way, for perspective, that’s one gigabit of data created every hour for every person on earth. And by 2025, Micron expects it to double to 180 data bytes, Tran said.

“We live in a data hungry universe where data is integral to virtually every aspect of our lives,” Tran said. “And these trends don’t seem to be slowing down. The more data we have, the more memory we want to create and capture more value from that data. And that in turn give us a need for more and more memory.”

To do truly autonomous cars, Micron estimates that you would need about 30 times more DRAM content and 100 times more NAND flash memory, Tran said. That’s why demand for memory is so insatiable.

Micron said it is shipping qualification samples of its 1-beta DRAM technology to select smartphone manufacturers and chipset partners, and it has achieved mass production readiness with the world’s most advanced DRAM technology node. Of course, tech journalists on the press call noted that it is impossible to check whether Micron’s statements are true, in terms of having the most advanced chip process, as it doesn’t disclose the exact dimensions of its chips that could be compared to other chipmaking processes.

The company is debuting its next generation of process technology on its low-power double data rate 5X (LPDDR5X) mobile memory, delivering top speed grades of 8.5 gigabits (Gb) per second. The node delivers significant gains across performance, bit density and power efficiency that will have sweeping market benefits. The company said the new manufacturing node delivers chips with 15% better power efficiency and 35% bit density improvements compared to the previous generation. The latter means it can jam a lot more electronics into the same space as a previous-generation chip.

Beyond mobile, the “1β” process delivers the low-latency, low-power, high-performance DRAM that is essential to support highly responsive applications, real-time services, personalization and contextualization of experiences, from intelligent vehicles to datacenters.

Micron previous shipped its prior generation, 1-alpha, in 2021. That suggests that Moore’s Law — the prediction made in 1965 by Intel chairman emeritus Gordon Moore that the number of components on a chip would double every couple of years — is still holding up. At least for another generation.

“The launch of our 1-beta DRAM signals yet another leap forward for memory innovation, brought to life by our proprietary multi-patterning lithography in combination with leading-edge process technology and advanced materials capabilities,” said Scott DeBoer, executive vice president of technology and products at Micron, in a statement. “In delivering the world’s most advanced DRAM technology with more bits per memory wafer than ever before, this node lays the foundation to usher in a new generation of data-rich, intelligent and energy-efficient technologies from the edge to the cloud.”

One of the hallmarks of the new process for making chips is that Micron didn’t yet have to resort to the more expensive extreme ultraviolet lithography (EUV) to make its chips, Tran said.

This milestone also follows quickly on the heels of Micron’s shipment of the world’s first 232-layer NAND (flash memory chips) in July, architected to drive performance and areal density, or more bits in a given space, for storage devices.

With these new firsts, Micron continues to set the pace for the market across memory and storage innovations — both made possible by the company’s deep roots in cutting-edge research and development (R&D) and manufacturing process technology, Tran said.

With sampling of LPDDR5X, the mobile ecosystem will be the first to reap the benefits of 1β DRAM’s significant gains, which will unlock next-generation mobile innovation and advanced smartphone experiences all while consuming less power. That means you should look for more powerful smartphones in the coming months.

With 1β’s speed and density, high-bandwidth use cases will become more responsive and smoother during downloads, launches and simultaneous use of data-hungry 5G and artificial intelligence (AI) applications, Micron said.

Additionally, 1β-based LPDDR5X will not only enhance smartphone camera launch, night mode and portrait mode with speed and clarity, but it will enable shake-free, high-resolution 8K video recording and intuitive in-phone video editing.

The power savings are also enabled by the implementation of new JEDEC enhanced dynamic voltage and frequency scaling extensions core (eDVFSC) techniques on this 1β-based LPDDR5X.

Micron challenges the laws of physics

Micron’s industry-first 1β node allows higher memory capacity in a smaller footprint — enabling lower cost per bit of data. DRAM scaling has largely been defined by this ability to deliver more and faster memory per square millimeter of semiconductor area, which requires shrinking the circuits to fit billions of memory cells on a chip roughly the size of a fingernail.

With each process node, the semiconductor industry has been shrinking devices every year or two for decades; however, as chips have grown smaller, defining circuit patterns on wafers requires challenging the laws of physics. The layers of material between circuits are now just a number of atoms thick.

While the industry has begun to shift to a new tool that uses extreme ultraviolet light to overcome these technical challenges, Micron said has tapped into its proven nanomanufacturing and lithography prowess to bypass this still emergent technology.

“We did this without using the EUV-based lithography,” Tran said. “By applying our patterning techniques that are proprietary to Micron, the multiple patterning techniques, we make it possible for us to implement this technology without having to deploy the less mature and the more expensive tools.”

Doing so involves applying the company’s proprietary, advanced multi-patterning techniques and immersion capabilities to pattern these miniscule features with the highest precision.

The greater capacity delivered by this reduction will also enable devices with small form factors, such as smartphones and IoT devices, to fit more memory into compact footprints.

To achieve its competitive edge with 1β and 1α, Micron has also aggressively advanced its manufacturing
excellence, engineering capabilities and pioneering R&D over the past several years. This accelerated innovation first enabled Micron’s unprecedented ramp of its 1α node one year ahead of its competition, which established Micron’s leadership in both DRAM and NAND for the first time in the company’s history.

Over the years, Micron has further invested billions of dollars in transforming its fabs into highly automated, sustainable and AI-driven facilities, the company said. This includes investments in Micron’s plant in Hiroshima, Japan, which will be mass producing DRAM on 1β.

“Every time we seem to think that we can’t squeeze out another node, we make it happen,” Tran said. “It is truly remarkable. With each node with each process note, the semiconductor industry has been shrinking devices every year or two for decades. Our process controls for the critical layers are literally at the angstrom levels. And this is where we really literally mean that every angstrom counts.”

Researchers have found that training a single AI model can emit five times the lifetime carbon emissions of an American car, including its manufacture. Further, information and communication technology is already predicted to use 20% of the world’s electricity by 2030.

Over the next year, the company will begin to ramp the rest of its portfolio on 1β across embedded, data center, client, consumer, industrial and automotive segments, including graphics memory, high-bandwidth memory and more.

Regarding the highs and lows of chip demand, the company aims to have supply discipline when it comes to dealing with market headwinds, said Ross Dermott, Micron’s vice president of mobile product line management, in a press briefing.

“We really balance the ramp of new tech nodes, like 1-beta, with supply demand and inventory positions, to maintain discipline. And ultimately, our goal in these types of market environments, and in general, really, is to make sure that we are supplying the best possible product to the end market, and delivering as much value as possible to our direct customer and to the end customer.”

In this environment, Micron would rather capture a bigger percentage of profits than grow its revenue share, Dermott said.