Mediamorphosis: How AI is enabling a new paradigm for work and play 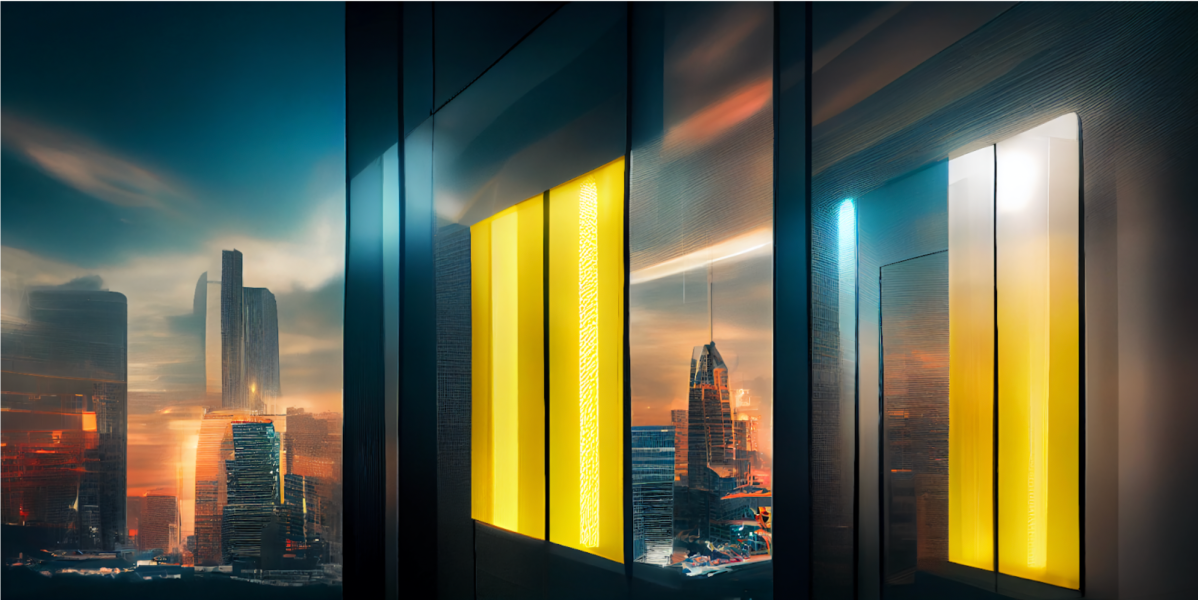 Text-to-image AI systems such as DALL-E 2, Imagen and Midjourney are growing in popularity and capability right now, offering creators a revolutionary new way to produce content.

Generating images from text prompts is a radical new approach to art-making and creative expression. But it also gives us the first glimpse of a fundamental shift in how we can better communicate and collaborate with our machines. And it is this underlying innovation in human-computer interaction that will disrupt the near-future possibilities for how we are able to work and play.

Mediamorphosis is a term coined in the 1990s by Roger F. Fidler to describe a conceptual framework for “a unified way of thinking about the technological evolution of communication media.”

Three decades later, we have entered an era when a literal mediamorphosis, or metamorphosis of media, is possible, where one medium can be transformed and transmuted into another in minutes with AI tools. In this new production process any input data can become sound, image or text which in turn can be recombined to generate further sounds, images or text. You will soon be able to choose your preferred point of entry and can get things started by humming a tune, drawing a picture, selecting a spreadsheet or even just moving your arms or eyes.

In December 2021 Meta demonstrated a prototype system for using AI to automatically animate children’s drawings and in July of this year showcased Make A Scene, its new exploratory AI research concept for empowering anyone to bring their imagination to life by using text prompts and simple sketches.

According to MetaAI Research, “To realize AI’s potential to push creative expression forward, people should be able to shape and control the content a system generates. It should be intuitive and easy to use so people can leverage whatever modes of expression work best for them, whether speech, text, gestures, eye movements, or even sketches, to bring their vision to life in whatever mediums work best for them, including audio, images, animations, video, and 3D.”

We are fast approaching a period that will be characterized by the rapid democratization of creative media production. The best way to strengthen the top of a pyramid is to widen its base.

The creator economy is already booming. It’s become an estimated $100 billion industry over the last few years. Of the 50 million creators worldwide, 46 million are amateur creators (92%) and four million are professional creators (8%). Those amateurs will be attracted by new business models that allow opportunities for them to get paid.

What has already happened to photography, with tools like Instagram and now the new AI image generators, will soon begin to happen across other disciplines such as design, animation, video, architecture, art, music and data. Critics are sounding alarms about how all of this will impact society. Fred Ritchin suggests that the virtual world “will enlarge to compensate for a lack of agency in the physical one.”

Photography didn’t kill painting and Instagram didn’t kill photography. A world where millions or even billions of people are co-creating with AI to produce extremely high-quality and low-cost rich media content in a variety of disciplines is a very different world from where we are now. But how will it affect our day jobs?

Marketing teams will need to upskill their tools and workflows to reach customers on increasingly saturated multimedia platforms and try to either compete against or collaborate with the synthetic beings who will soon populate them in astonishing numbers. Data presentation and reports will need to be reimagined.

We are already moving towards a screenless future in which more than 50% of the global population has adopted voice technology, whether it’s inside their cars, on their smartphones, or, more evidently, with their smart speakers. The popularity of social audio app Clubhouse has led to the launch of Twitter Spaces and the relaunch of Facebook Live Audio Rooms.

Data researchers, communicators, educators and policymakers need to think beyond silent graphical visualizations to interact with audiences across new channels in ways that can extend impact, reach and engagement, or decide to abandon them altogether to the purveyors of misinformation. And corporate reporting needs to adopt a more interesting format than the 100-page PDF.

Attracting talent is harder than ever, and companies need to define a strong employee value proposition to stand out and attract the right candidates. The widely used metaphor of an organization operating like a machine has propagated a culture that treats employees like machines and coaxes individuals to act like machines to fit in. This new paradigm offers an opportunity to start conversations about how we could bring the best of our human creativity, imagination and compassion to work in tandem with machine intelligence.

The corporate world paid attention to AI just before the turn of the century when IBM’s supercomputer Deep Blue famously beat world chess champion Garry Kasparov in 1997. The match has been the subject of books and films but it wasn’t the end of the story. After his very public defeat, Kasparov had the idea to invent a new form of chess in which humans and computers cooperate instead of competing with each other. Kasparov named this form of chess “advanced chess” as it increased the level of play to heights never before seen by combining the qualities and the beauty of both perfect tactical play and highly meaningful strategic plans.

We have been accustomed to thinking that we must spend long years learning how to operate our software applications. Our outlook has been limited by focusing mostly on mastering the skills required to communicate effectively with our poorly designed tools.

We are rapidly entering an age when our tools understand us and can move beyond simply understanding what we want them to create to being able to co-create with us. We need to shift our focus and open our imagination. And all of that starts with meaningful conversations.

Hugh McGrory is a media artist and co-founder at Sonify.