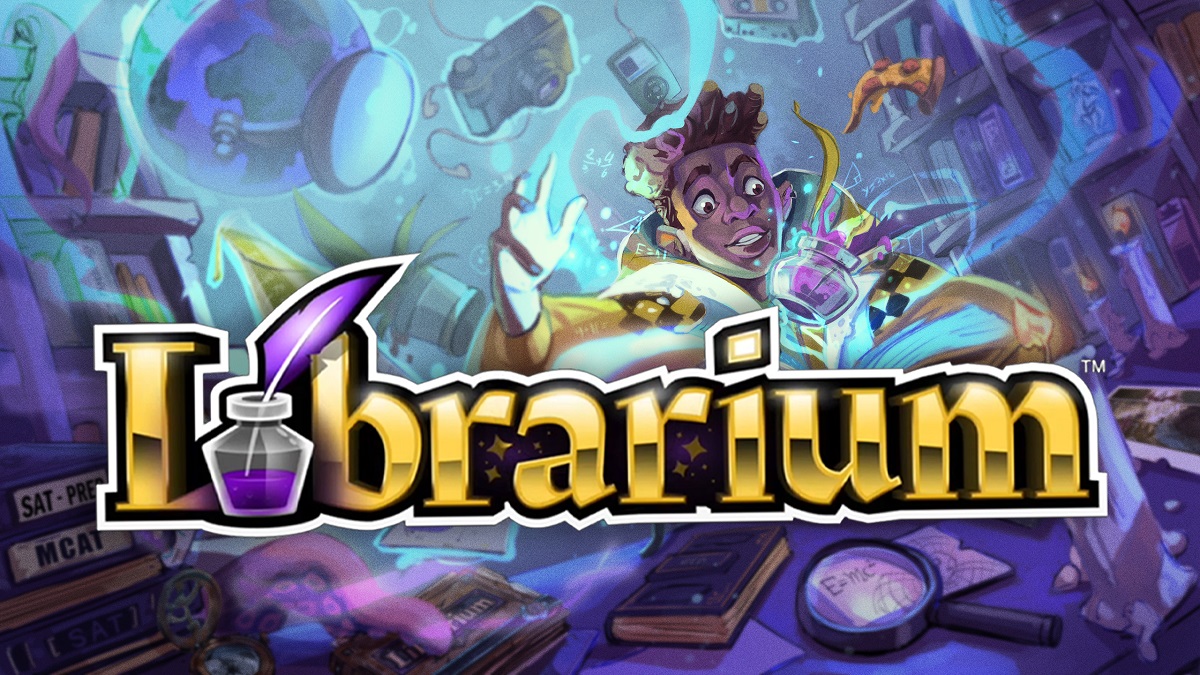 The memory palace is a mental visual aid for remembering things that goes back to Socrates, and experts say it improves retention by 30%. So Librarium founder Duane Mathes pulled together a team to create the platform on both VR and mobile apps so people can remember things more easily. One of the first practical applications is to help medical students study for their MCAT tests.

Librarium spent the past year or so creating its first app for the Meta Quest 2, and it also has companion apps on iOS and Android where you can create digital flash cards that you can use in the Meta Quest 2 VR app.

Mathes said the company started with VR but it has a roadmap to expand to other kinds of platforms as the tech takes off. The company is preparing to raise a seed funding round.

The app is available now for purchase in North America from the Meta Quest Store for $20 and will also provide options to purchase best-in-class premium content developed with Kaplan, the leader in test prep.

“We believe there is tremendous opportunity for innovation in the $11 billion test prep market,” said Mathes. “By leveraging our patent-pending VR technology, we’re creating a highly immersive environment that integrates proven visual memorization and retention techniques, based on Memory Palace concepts mastered by Socrates in 400 B.C.”

He added, “As a result, students can increase long-term memory retention by 30% or more within a fun, engaging platform that increases the quantity of information retained by more than 200%. And, through our partnership with Kaplan, we’re delivering premium content that exceeds the highest industry standards, while leveraging all the incredible benefits of virtual reality.”

The Librarium app for Meta Quest 2 will launch with over 100 curated test prep flashcard “decks,” covering multiple subjects ranging from environmental sciences and biology to philosophy and sailing.

In addition to a wealth of subject-based content, Librarium will also offer a complete, standalone MCAT-focused bundle, created in partnership with Kaplan, featuring 35 decks (nearly 1,000 flashcards) for additional purchase, as well as other standardized test prep bundles in the near future.

Users can also create and share their own decks through the Librarium community.

How users learn with Librarium

After purchasing the Librarium app for Meta Quest 2, users will be prompted to download Librarium’s free companion app for iOS and Android, where they will be able to create their own customized, virtual “decks and flashcards” for any given subject, and this content will be immediately available in Librarium’s VR study experience.

Terms added in the app will receive an associated mnemonic object, generated by Librarium’s smart algorithm, which aids in memory retention and recall. From there, users will engage with their study material in a highly gamified and immersive VR world filled with environmental puzzles and an intriguing backstory.

Librarium applies deep Game Theory principles in its design to inspire learners to return back to the application and continue their studies.

“Our partnership with Librarium is facilitating new and cutting-edge ways for students to access our proven test prep content, which has been customized and reimagined for this compelling immersive environment,” said Jennifer Moore, executive director of pre-med programs at Kaplan, in a statement. “These premium decks signify Kaplan’s continued advancement into the world of VR and we’re excited to be working side-by-side with Librarium.”

All Kaplan students enrolled in a comprehensive tutoring, live online, in person, or on demand MCAT course will have complimentary access to the Librarium app’s suite of offerings.

Mathes spent a decade in Asia and learned Mandarin in China. Since he wasn’t Chinese, it was a huge challenge to do the rote memorization. So he had to get good at memorizing things. Then he started a game studio and went on to work at Intel in research and development. He helped build early applications for Google Glass, and he was an executive in charge of game development at Black Box VR. All of that work prepared him to start Librarium.

He was studying for a business degree during the pandemic, and he found that he had to use his memorization techniques again. He started Librarium in August 2021, and now it has nine people.

“I had this brainstorm about how we could take these abstract concepts like terms of economics and turn them into a tool that would be useful for everyone in a really general way,” Mathes said. “Everybody could benefit from these memory palace techniques that typically take like a lot of mental discipline. Our dream is to make this kind of learning available to everyone.”

As a game designer, he look at compulsion loops that drove players to come back over and over, and he thought about how that would work for memorization.

The company created a demo and showed it to Meta, which liked the project and wanted to bring it to the Quest 2 platform. Likewise, the company met with Kaplan’s top educators and that led to a partnership.

While VR is a good way to learn, Mathes acknowledged it is a limited platform in terms of mass market access. He agrees that it will be important to take the 3D learning app and make it available on 2D screens.

“Education is such a huge opportunity and imagine you know, you can just you just look forward into the future and you can totally see that it’s going to be like Ready Player One,” said Mathes.

A study by Kaplan and another one by the University of Maryland found that memory palaces could enhance retention by 30%.

With a memory palace technique, where you visualize something you want to remember, it’s easier to remember things that ordinarily would be tedious to recall, Mathes said. It’s not unusual for medical students to spend eight hours a day memorizing things.

The app has a colorful art style reminiscent of World of Warcraft. Over time, the company hopes to expand to new territories, new languages, and new platforms.

“We have some really exciting opportunities,” Mathes said.

“I feel like a lot of the educational games out there were designed by educators, which is great for the educational content, but not great for engaging audiences,” Mathes said. “And so I feel like we have an opportunity here to kind of define a category that is super-engaging, and super-fun.”

On the Oculus Store, not many applications focus on new ways of learning.