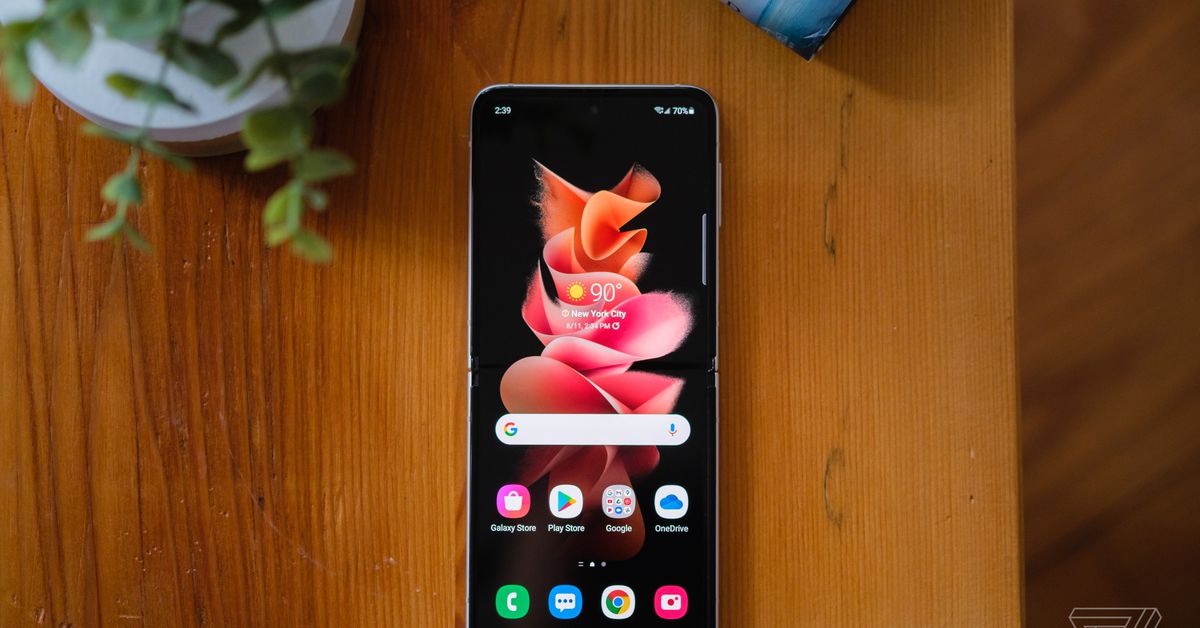 We got a look at what the Samsung Galaxy Z Flip 4 could look like in a set of unofficial renders last month, but now we have leaked images of what appears to be the physical device shared by YouTuber TechTalkTV (via 9to5Google). The images match up with the earlier renders and give us a closer look at the device’s display crease, which looks almost nonexistent.

One image shows the device’s display when it’s flipped open, and you can see a slight glare where the crease would typically appear. It looks hardly noticeable, but then again, it is a bit difficult to tell what the crease will look like when viewed from just one angle.

You can pretty clearly see the Galaxy Z Flip 3’s crease when you tilt the phone the right way. As The Verge’s deputy editor Dan Seifert noted in his review of the phone, “it’s not a problem in normal use” and it’s easy to forget about once you get used to the device. Samsung is rumored to further improve the crease in its upcoming phone, but we’ll likely have to wait until we get our hands on the device to see how prominent the crease really is.

Just like the renders, the leaked photos of the apparent Galaxy Z Flip 4 show a device that bears a lot of resemblance to its predecessor, featuring a two-tone color scheme, dual cameras, and a hole-punch cutout for the selfie camera. While the hinge appears to be slightly thinner, there’s still a slight gap between the two sides of the device when it’s folded closed.

TechTalkTV’s source expects the device to come with the same 12-megapixel main and ultrawide cameras and a 10MP selfie camera, which is a bit disappointing if true — one of the Galaxy Z Flip 3’s biggest weaknesses was its camera quality. The source also says that the upcoming device could come with a larger 3700mAh battery and an upgraded 25W fast-charging capability.

Samsung will likely reveal both the Galaxy Z Flip 4, along with its horizontally-folding counterpart, the Z Fold 4, in August.