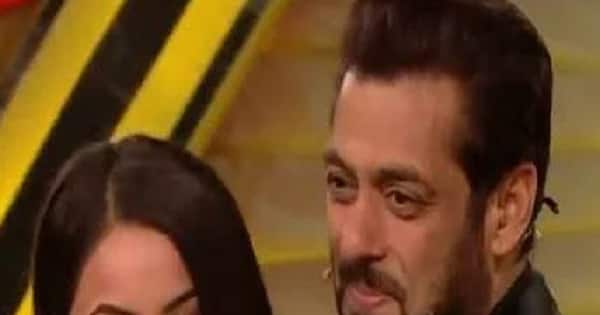 Say what? Shehnaaz Gill is finally all set to make her dream debut in Bollywood with Salman Khan’s Kabhi Eid Kabhi Diwali. Yes. Salman Khan is extremely fond of Shehnaaz and he has approached her for his film Kabhi Eid Kabhi Diwali which features Pooja Hegde in the lead role along with the superstar. As per reports in India Today, ” Shehnaaz Gill has joined the cast Kabhi Eid Kabhi Diwali. The actress will be seen opposite Aayush Sharma in the movie”. While there is no confirmation from Shehnaaz on the same about her fans cannot their excitement to see their favorite girl in the film. – Yeh Rishta Kya Kehlata Hai Upcoming: Harshad Chopda-Pranali Rathod get romantic in the pool; AbhiRa fans say, ‘turned from cute to hot real quick’

While Aayush Sharma has officially confirmed the news about being a part of the film. In his official statement, he said, ” I’m looking forward to experimenting with my cinematic aptitude with this project. From a romantic drama to an action film and now a family drama, I’m grateful for how my innings in the film industry have panned out”. – Avatar 2: From title to logo to release date; here’s all you need to know about the MOST Awaited Hollywood sequel

The actress who made a public appearance on Salman Khan’s show Bigg Boss 15 finale and grabbed a lot of eyeballs where Sana couldn’t hold her tears meeting the superstar and in the show Salman was seen saying, “The last few months have been very difficult for Shehnaaz. But I am looking at her work and I am happy that she is moving forward in life. I have a strong feeling that after this she will only achieve even greater heights”. He further advised Sana to move on, ” You have your whole life ahead. So, move on. I know this has been a very difficult time for you. It has been very difficult for everyone, but especially for you and Siddharth’s mother. I talk to Siddharth’s mother. I often call her. You have responsibility on your shoulder and now it is very important for you that you focus on that. So just work now and enjoy life”. – Virat Kohli grooves to Samantha Ruth Prabhu’s Oo Antava from Pushpa at a wedding – Video