Is it time to think of WhatsApp as a public service? 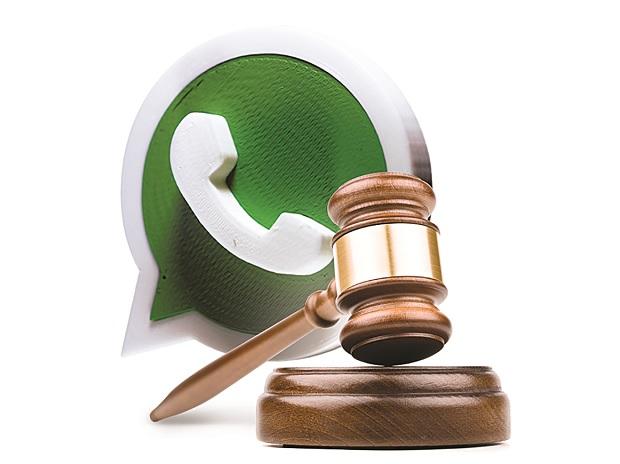 Journey of WhatsApp in a nutshell


The journey of WhatsApp started much before it was launched in 2009. One of its founders, Jan Koum, grew up in communist Ukraine where phone tapping was not unusual. He immigrated to the US at 16 with his mother and joined Yahoo later.


So when Koum and his bright colleague Brian Acton quit Yahoo and later started work on a messaging app, one of the main themes was democratizing phone-based communication.


And they did it. 13 years on, WhatsApp has become an integral part of the daily routine of almost 2 billion across the globe. And with over 550 million users, India is one of the biggest markets for WhatsApp.


For the lack of a popular alternative, a glitch in WhatsApp leaves a void which is difficult to fill. Telegram has 55.2 million daily active users, against WhatsApp’s 2 billion.


Tuesday’s outage was the longest-ever, as services were down for almost two hours. And in India it came just a day after Diwali as online traffic was high. People were sharing photos, making group calls to family members and merchants were doing brisk business.


Response from WhatsApp: “We know people had trouble sending messages on WhatsApp today. We have fixed the issue and apologise for any inconvenience.”


In its response, Whatsapp said that the outage was a result of a technical error on its part. But it didn’t come out with a detailed explanation on the exact reason behind the outage.


The Indian government asked WhatsApp for a report on the outage. The Centre wants to know whether the outage was due to internal reasons or external cyberattack. According to reports, whenever there is an outage, the government seeks a report from the company involved.


In October last year, when parent Facebook suffered an outage, WhatsApp and Instagram too were down for a few hours. Similar outages were reported in March 2021 affecting WhatsApp and Instagram and in June 2020 when WhatsApp was down for millions of users in India and elsewhere. According to a report in the Verge, the outage in October 2021 happened due to Facebook’s internal infrastructure.


The business world has been gradually moving away from an email-based communication system to instant messaging. Apart from regular communication uses, small businesses are increasingly relying on the platform for running daily operations, especially after the pandemic.


As of 2020, about 15 million in India use the WhatsApp business app and it is one of the top 30 most-downloaded apps in the country.


Organisations and businesses that use WhatsApp for communication have also been hit. Similarly, when WhatsApp had an hours-long outage last October, it hit trading of assets from cryptocurrencies to oil, before traders switched to alternative platforms such as Telegram.


How well-ingrained WhatsApp has become in our lives can be gauged from a report which pointed out that on an average, Indians spent about 19.8 hours every month on the messaging app last year.


Is WhatsApp a public utility?


So can we call it a public utility? In a Supreme Court case related to WhatsApp’s privacy, Senior advocate Harish Salve argued that with such a huge user base and the massive number of calls and data sharing, WhatsApp had become a public utility, much like telecom or internet service providers and must be viewed with the same lens as them.


While other experts and executives say the nature of technology is such that, even with effective redundancies in place, some outages are inevitable. As long as they are not frequent, it shouldn’t be much of a problem.


Alok Prasanna Kumar, Co-founder, Vidhi Centre for Legal Policy says, just because a lot of people use a product or service, it doesn’t mean it should be a public service. We can use WhatsApp services as consumers, but cannot demand something as citizens, he says.


Salman Waris, Managing Partner, TechLegis Advocates & Solicitors says, it could be too far a call to deem WhatsApp as public service. Government can regulate to ensure continuity in cases where WhatsApp is integrated to provide essential services.


The first step towards considering any product or service a public utility is regulation. Experts say, the Indian government is still some distance away from regulating Big Tech companies like WhatsApp in terms of data protection. Despite the messaging company’s scale and the enormous influence it has on its consumers’ day-to-day life, experts say it cannot be considered a public service. Or maybe is it time to rethink what a public service is? Irrespective of what may be the case, WhatsApp would do well to be more transparent when things go wrong.