How to calculate tax liability under the new tax regime for FY23? 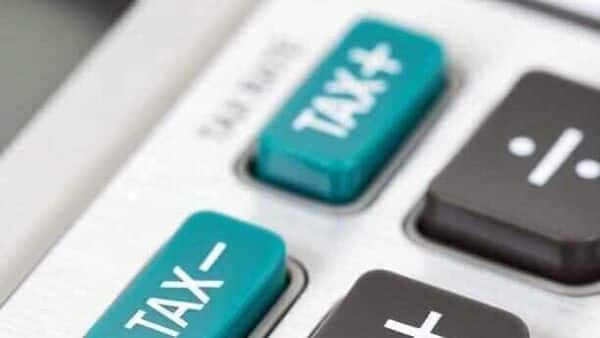 The Finance Act 2020 introduced the new concessional tax regime for Individual and HUF taxpayers u/s 115BAC of the Income Tax Act, 1961 (hereinafter referred to as ‘the IT Act’)and accordingly the said new tax regime had been made effective from FY 2020-21 (AY 2021-22) which provides an individual and HUF an option to pay income tax under section 115BAC of the IT Act concessional slab rates subject to certain conditions.

(i) Compute the Gross Income (including Income from all heads such as Salary, House Property, Capital Gains, Other Sources)

· Any provision of chapter VI – A – section 80C, 80D etc. However, Section 80CCD(2) (employer contribution on account of employee in a notified pension scheme) can be claimed.

The taxpayer cannot set off any brought forward loss or unabsorbed depreciation attributable to the aforementioned deductions.

Note 1: Rebate u/s 87A is applicable in case of new tax regime and needs to be availed for the amount of tax payable or Rs. 12,500, whichever is lesser, resulting in NIL tax liability provided the taxpayer’s total income is upto Rs. 5,00,000

(v) The taxpayer should also compute the tax as per the normal/ old tax regime (as per the rates mentioned above) in order to ascertain the beneficial of the two tax regimes.

Further, any taxpayer availing the option under beneficial tax regime needs to take into consideration the following:

1. The individual taxpayer availing the option u/s 115BAC would be required to file Form 10-IE along with the Income Tax return to be filed u/s 139(1) of the IT Act.

3. Individual taxpayers availing the concessional tax regime u/s 115BAC would not be subjected to Alternate Minimum Tax (AMT) provisions. Accordingly, any brought forward AMT credit cannot be set off against income u/s 115BAC of the IT Act.

Which tax regime one should choose?

Gopal Bohra , Partner , N.A. Shah Associates said “Currently the new tax regime is not widely opted by the taxpayers especially those who are paying interest on self-occupied house property and makes investments eligible for deduction under section 80C/80CCD and 80D. The basic exemption limit under both regimes is Rs. 2,50,000/- but if one adds other exemptions which are available under the old regime one will not pay tax on income approx. upto Rs. 7,50,000/- (i.e. basic exemption Rs. 2.50 lacs plus interest on self-occupied house Rs. 2 lacs plus deduction u/s 80C with 80CCD Rs. 2 lacs plus approx. Rs. 1 lac comprising of the standard deduction, Mediclaim premium, interest on saving 80TTA/80TTB etc.) under the old regime whereas under the new regime the tax exemption is of only basic exemption. The majority of the taxpayers who are earning income above say Rs. 10 lacs per annum will have most of the investments eligible for exemptions mentioned above, for them there is no incentive to move to the new tax regime. Unless the government increase the basic exemption limit under the new tax regime to bring parity between the two regimes, a taxpayer would continue with the old, complicated tax regime with multiple tax exemption options.”

How taxes are calculated on salary above ₹7 lakh in new regime? A quick view