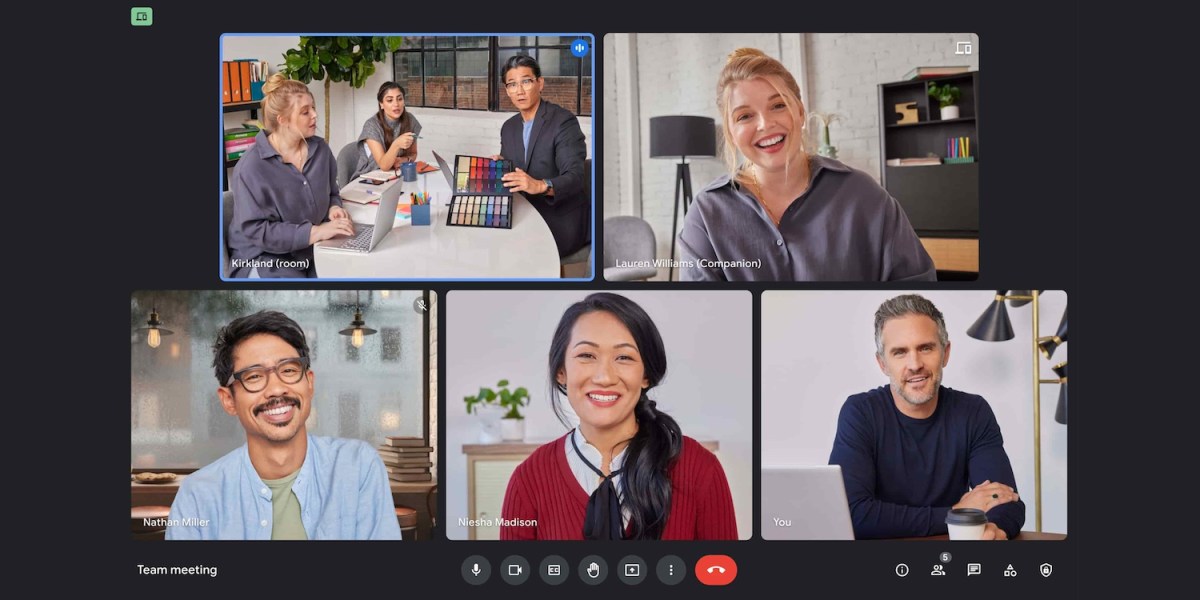 We are excited to bring Transform 2022 back in-person July 19 and virtually July 20 – August 3. Join AI and data leaders for insightful talks and exciting networking opportunities. Learn more about Transform 2022

Google’s move to lock down the security of meetings held on its Google Meet videoconferencing application — with the planned introduction of end-to-end encryption this year — could make the collaboration app a stronger option for customers in regulated industries.

The announcement that Google plans to roll out optional end-to-end encryption for all meetings, at some point in 2022, could also make the videoconferencing app more competitive with Zoom, which already offers the security feature for all meetings. And Google Meet could potentially leapfrog Microsoft Teams, as well. Microsoft already offers end-to-end encryption for one-on-one calls on Teams, but has not announced when the feature might be arriving for group meetings.

In comments provided to VentureBeat by email on Friday, Google said that end-to-end encryption “is designed for meetings that require heightened confidentiality, typically those occurring in regulated industries with more strict security requirements.”

The move would also seem positioned to make Google Meet a more-appealing option for government customers — a segment of the market where Google, yesterday, signaled that it’s looking to compete more aggressively with Microsoft.

Google did not specify when in 2022 end-to-end encryption may be coming to all meetings, saying only that it will be “later this year.”

A part of the Google Workspace suite of productivity apps, Google Meet offers video meetings with up to 500 participants, screen-sharing and live-streaming for businesses to up to 100,000 viewers in their domain, according to Google. The company has not recently disclosed the size of its user base for Google Meet, but in April 2020 had reportedly disclosed having more than 100 million “daily Meet meeting participants.”

Google Meet offers “advanced security and privacy controls, including encryption in transit, proactive counter-abuse measures and moderation controls to keep meetings safe,” the company said in its comments to VentureBeat.

Google also pointed to internal privacy reviews, along with independent verifications and certifications, as other key indications of its focus on security and privacy. Users can “have confidence in the many layers we have in place to protect their privacy,” the company said.

Before end-to-end encryption arrives, Google Meet will next be getting optional client-side-encryption, which is currently in beta. The feature provides customers with “direct control” of the necessary encryption keys, as well as the identity provider leveraged to access the keys, according to Google.

In May, client-side-encryption will move into general availability for Google Meet customers (Business Plus, Enterprise Plus and Education Plus customers).

For end-to-end encryption, the feature goes even further by ensuring that no intermediary between participants — not even a service provider or Google itself — can decrypt and read any of the meeting data.

“Initially E2EE will be available only for one-on-one Teams calls,” Microsoft said in a document posted on its support website. “After gathering customer feedback to understand how the feature addresses their compliance needs and obligations, we will work to bring E2EE capabilities to online meetings.”