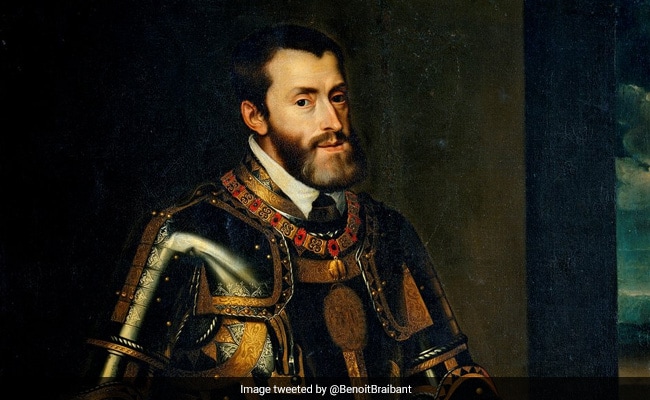 King Charles V, the Roman Emperor and King of Spain.

King Charles V, the Roman Emperor and King of Spain, was one of the most powerful rulers of the 16th century. During his more than 40-year reign, he presided over a huge empire that included much of western Europe. Now, it has been revealed that the ruler lived in the “fear of an assassination attempt by an Italian mercenary,” according to the BBC. A letter written in 1547 by the emperor to his ambassador in France has been decoded and tells us about the turbulent time and of the numerous battles and tensions between France and Spain.

According to the outlet, the letter’s existence was initially reported to the cryptographer Cecile Pierrot three years ago during a dinner party in Nancy, a city in France. She eventually located it in the city’s historic library’s basement after extensive study.

The three-page letter, which has around 70 lines and 120 encrypted symbols, is primarily written in plain French in three sections. She told the BBC, “The first thing was to categorise the symbols, and to look for patterns. But it wasn’t simply a case of one symbol representing one letter – it was much more complex.”

Ms Pierrot and her crew started to advance gradually. She discovered there were two different kinds of symbols- basic and sophisticated. In most cases, vowels were added as diacritical marks, much like in Arabic, rather than being written as letters. Despite not having a diacritical mark, the vowel “e” was largely absent, according to the BBC report.

“They also found that while most symbols represented letters or combinations of letters, others represented whole words – like a needle for English King Henry VIII. And there were symbols that had apparently no function at all,” it is further reported.

The group has not yet published a complete translation of the letter because they are waiting to publish it in a study. However, they announced the themes this week. In the letter, Charles V has expressed his concern to keep peace with France so that he can focus his forces against the League. He advises the ambassador to stay current on ideas at the French court, particularly any reactions to King Henry’s passing.

“What he wants to avoid above all is the French and English combining to lend more assistance to the Protestant rebels,” the BBC said. Charles V then discusses a rumour that is circulating: that Pierre Strozzi, an Italian condottiere (chief of mercenaries), will attempt to kill the emperor.

The longest section of the letter concludes with Charles V outlining for his ambassador the current status of his campaign against the League. Ferdinand of Tyrol, the emperor’s nephew, has been forced to leave Prague due to a recent uprising.

“But Charles V gives instructions on how Saint-Mauris is to “spin” the news at the French court. The Prague rebellion is a minor affair, he is told to say, and Ferdinand has left the city because he wants to join his father – the emperor’s brother – on campaign,” the BBC adds.

RWAs To Get Political Powers If We Win Delhi Civic Polls: Arvind Kejriwal