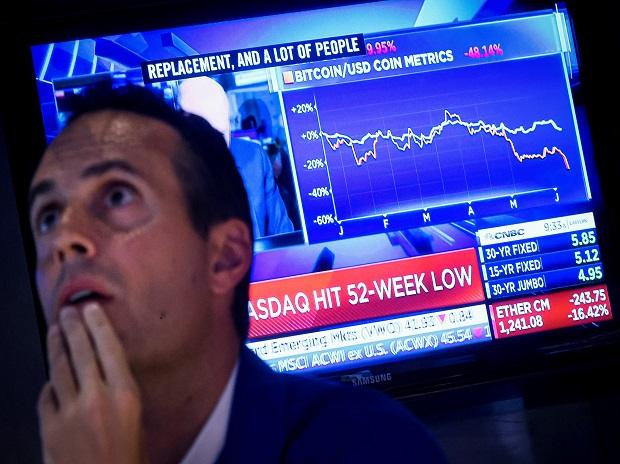 The one-two punch of rising US interest rates and a strengthening dollar is making investors crave spicy yields. Markets were in turmoil last week when 10-year UK gilts struggled to find takers even at 4.5% — and only calmed down when the Bank of England stepped in as a buyer. However, it isn’t just British fare that’s getting passed up for being too bland. Look at a large emerging economy like India, which has tried for three years to get asset managers to commit to its $1 trillion government bond market. But they’re stalling. Why aren’t 7%-plus yields hot enough for them?

FTSE Russell said Thursday that it would continue to keep Indian government bonds on its watch list for possible inclusion in its emerging markets debt index until March 2023, when the next assessment is due. Separately, Reuters has reported that India’s much-desired entry into a similar benchmark maintained by JPMorgan Chase & Co. may also get pushed out to next year. A decision is expected in the coming days. (Bloomberg LP is the parent of Bloomberg Index Services Ltd., which administers indexes that compete with those from other service providers.)

Foreigners own just $17.8 billion, or 2%, of Indian government bonds. By contrast, overseas ownership is more than a third in Indonesia and nearly 10% in China. In 2019, the government of Prime Minister Narendra Modi flirted with sovereign dollar debt, but dropped the inaugural $10 billion issuance when it drew flak. And rightly so. It would have been risky for a government that has always struggled with high budget deficits to borrow in a currency the country is often short of, thanks to its heavy energy imports. The revised aspiration since then has been to get as much as $40 billion over two years (in rupees, not dollars) by pushing for India’s inclusion in global bond indexes.

That’s the right way to go, but pesky taxation issues have come in the way. New Delhi imposes up to a 30% capital-gains levy on listed bonds sold within one year. There is also a 5% withholding tax on interest income for foreign portfolio investors.

With Russia going off the benchmarks, asset managers would welcome the yield kick India would offer. However, they’re hoping that in its desperation to find a new source of capital ahead of further rate increases by the Fed, the Modi administration will blink first and offer tax concessions. Hence, the standoff. That any trading in rupee bonds may have to be settled onshore, and not on an international platform like Euroclear, isn’t the showstopper it’s often made out to be. As Bloomberg News noted last week, even Indonesian and Chinese bonds aren’t on Euroclear but are part of the JPMorgan Index. The real issue is that the operations people at large asset managers are balking at the idea of getting a tax certificate ahead of settling each trade onshore in India.

What will break the impasse and when? Apart from some simplification of processes and taxation, a lot will depend on the Reserve Bank of India’s policies, especially on exchange rates.

While the relentless surge in the dollar is putting pressure on economies across Asia, responses by individual nations have been “eclectic,” as Nomura Holdings Inc. noted recently. The Philippines, China and South Korea have taken a more hands-off approach to depreciation, while India, Thailand and Indonesia have intervened more heavily and sold a larger number of dollars from their official coffers to shore up their local currencies. The RBI’s reserves, which were as high as $641 billion last September, are down to $537 billion and falling. The question before investors is, how long before the RBI switches tracks? In 2013, when India got dragged into the Fed’s taper tantrum, its hard-currency war chest was enough for six months of imports. In Nomura’s estimates, the current coverage is adequate for a little over eight months.

A more laissez-faire approach to the exchange rate won’t be an easy choice. The risk is that the rupee becomes a sitting duck for speculators trying to pull it down in one-way bets. In that case, no investor — equity or bond — will venture near India. The outlook for next year’s economic growth, already uncertain because of cratering global demand, will become more dicey.

Maybe the trick is to just suspend the ambition of landing $40 billion in foreigners’ money until the Fed is finished tightening. Right now, an investor gets virtually no additional kick by giving up on three-year US Treasury yields of 4.2% and exploring options half a world away. In the foreign-exchange market, the cost of insuring against rupee deprecation eats up almost the entire 3 percentage point extra yield offered by Indian government debt of similar maturity. By that yardstick, the three-year British gilt yields are even less appetizing — which is why analysts mostly agree that the Bank of England will have to keep raising rates. India, too, increased its policy rate by half a percentage point for a third straight time last week to 5.9%; economists expect the RBI to be done only when it reaches 6.5%.

A combination of high yields and a sufficiently-weakened currency could finally convince global investors to bite. For now, though, it looks like they may work up an appetite only by next year.