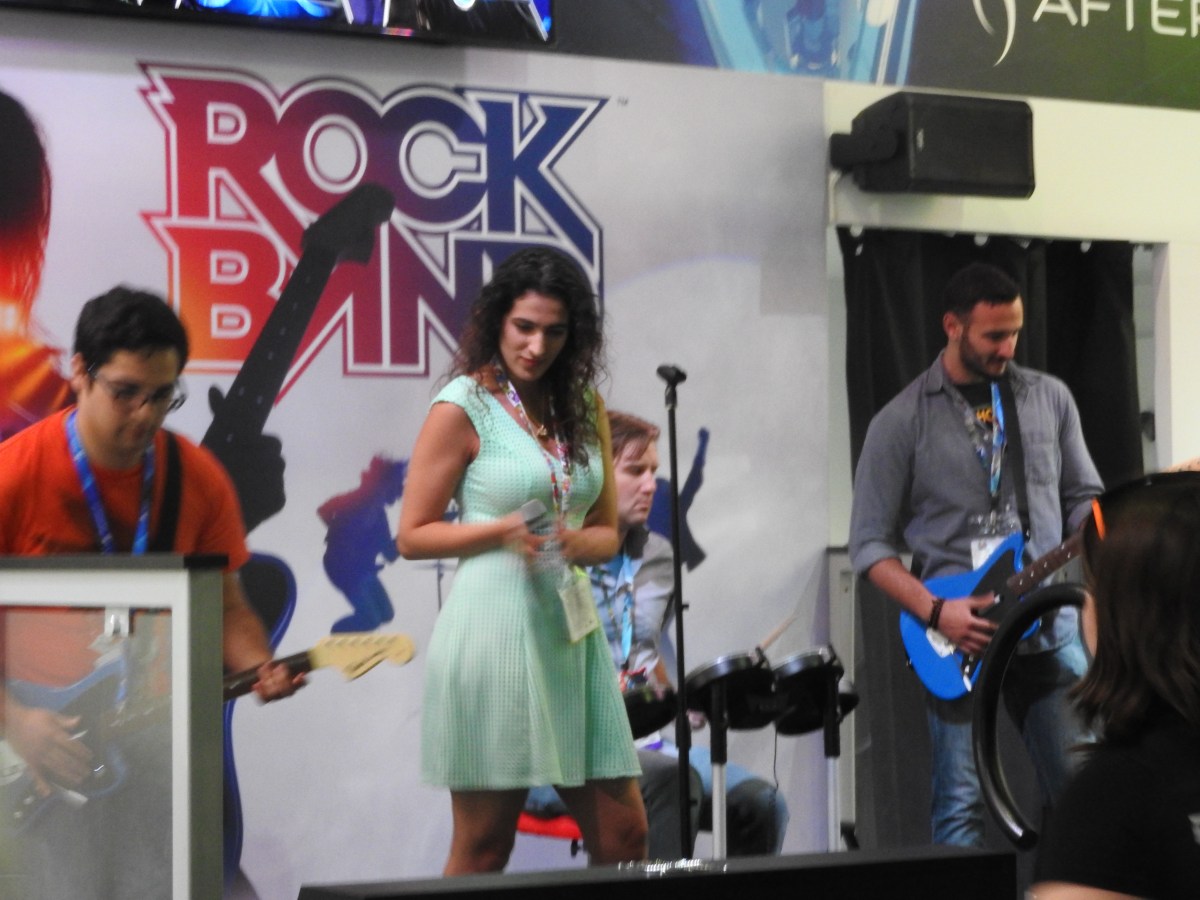 Epic has been on an acquisition binge during the past year, as it has raised well over $1 billion to invest in the metaverse, and Harmonix has content that should put it further on that goal. Based in Boston, the company has been devoted to making music video games for decades. Epic’s CEO Tim Sweeney wants to build the metaverse. Update: Epic Games has confirmed the deal.

The metaverse is the universe of virtual worlds that are all interconnected, like in novels such as Snow Crash and Ready Player One. And Epic CEO Tim Sweeney wants to build it as an open platform. Meanwhile, Harmonix’s games will help Epic with adding musical elements to Fortnite (which is Epic’s defacto metaverse platform).

Here’s what our own Jeff Grubb wrote about Harmonix back in 2014:

Alex Rigopulos founded Harmonix is 1995 with Eran Egozy. While attending MIT, the two co-developed an algorithm that could generate music on the fly and started considering how they could use that for games. In 2001, the company teamed up with Sony Computer Entertainment to create Frequency, a rhythm game that has players traveling down an octagonal highway of musical notes. The studio followed up Frequency with 2003’s Amplitude.

“Harmonix has always aspired to create the world’s most beloved interactive music experiences, and by joining Epic we will be able to do this at scale,” said Rigopoulos, who is chairman, in a statement. “Together we will push the creative boundaries of what’s possible and invent new ways for our players to make, perform and share music.”

Over the next several years, the company released more music-based hits like Karaoke Revolution before breaking out with the novel smash hit Guitar Hero. That game came with a plastic guitar controller that required players to strum and hit buttons along the neck in time with onscreen prompts. It caught on with a huge audience well beyond typical gamers.

Harmonix went on to developer two more Guitar Hero games before publisher Activision moved development to its Neversoft and Vicarious Visions studios. That prompted Harmonix’s most ambitious release, Rock Band, which took the idea of Guitar Hero and turned it into a local multiplayer game with multiple people on different instruments and vocals.

Rock Band became a hit party game. Harmonix developed and released multiple sequels and sold hundreds of different songs as downloadable content. After Rock Band 3 in 2010, however, the market for music games with plastic instruments dried up. The studio moved on to Kinect-controlled motion games like Dance Central, which performed well for Microsoft’s Xbox 360.

The company is now attempting to bring music concepts into several different genres as it looks for ways to remain relevant on consoles as well as PC, smartphones, and tablets. Since then it has worked on titles like Fuser, Drop Mix, SingSpace, and more.

Today, Epic and Harmonix talked about their possibilities.

“Music is already bringing millions of people together in Fortnite, from our emotes to global concerts and events,” said Alain Tascan, vice president of game development at Epic Games, in a statement. “Together with the Harmonix team we will transform how players experience music, going from passive listeners to active participants.”

Harmonix has a track record of creating fun and engaging music experiences designed for everyone to enjoy. Epic said that as it works to build the metaverse, this expertise is needed to reimagine how music is experienced, created and distributed.

The Harmonix team will collaborate closely with Epic to develop musical journeys and gameplay for Fortnite while continuing to support existing titles including Rock Band 4. Here’s another post on Harmonix’s blog for more details.