Duolingo has math now (and it’s kind of hard) 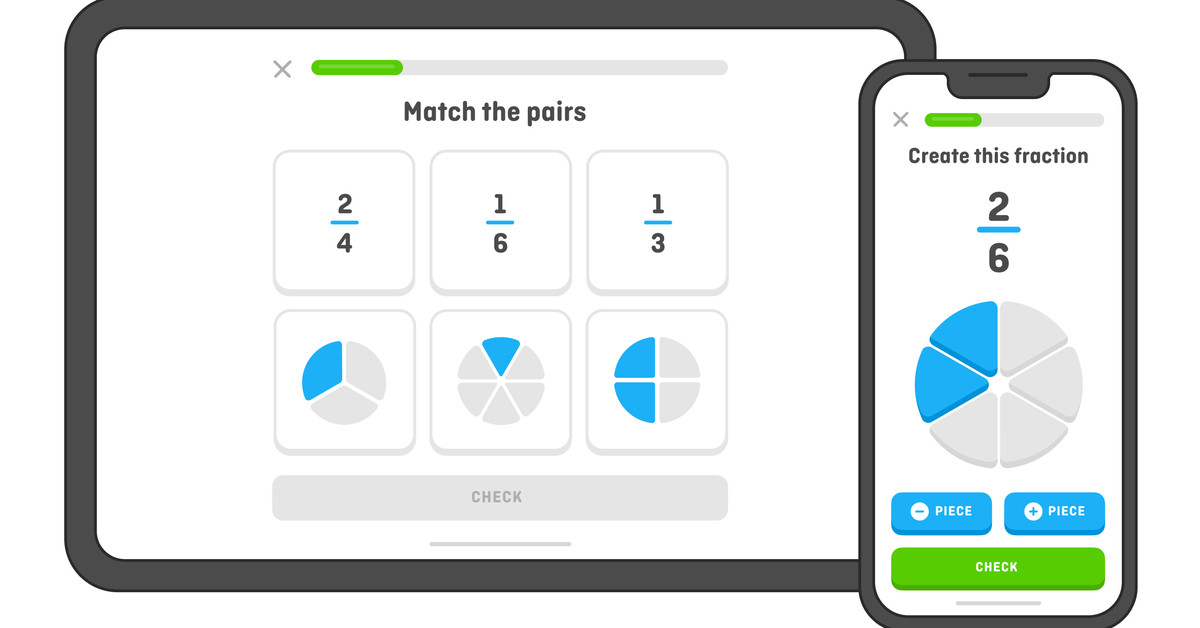 Yes, you read that headline correctly. Duolingo, the language learning app famous for the owl that haunts my dreams every night, now has a companion app to teach you (and children — but mostly you, reader) mathematics.

To get the most pressing question out of the way: yes, the owl is present in the new app, which is called Duolingo Math. However, said bird appears to have been compressed into a cube of sorts. I am unsure if it continues to qualify as an owl in this new form factor. I do suppose a mascot reclassification wouldn’t be amiss here, since owls can’t do math. Come on now. This isn’t fantasyland.

Also Read : Realme Pad X review: Big-screen tablet with something in store for everyone

As someone who has studied a number of languages through Duolingo (you will pry my 200-day streak out of my cold, dead hands) but who lost any natural affinity for mathematics once the letters got involved, I consider myself the ideal candidate to test out Duolingo’s math course, which begins with “Multiplication 1.” Perfect. That’s about where I’m at.

(By the way, I assume “magnitude” above does not refer to the field of higher mathematics that evaluates the effective diversity of point clouds, but I think it’d be incredible if they just threw that in here. Guess I’ll find out after I’ve learned Rounding.)

The topics that follow multiplication include division, fractions, area, perimeter, angles, telling time, and other things I promptly forgot how to do as soon as I graduated from high school. You get a vertical progression of lessons that build on each other as you go along.

I’ve gone through some of the multiplication and division units so far, and the experience is aesthetically similar to that of the language app. The little “ding” that you hear when you get an answer correct is similarly satisfying, but not identical, to the one you hear in language courses. The lessons are similarly quick, taking less than two minutes to complete. You watch your little circles fill up as you complete the lessons. If you don’t study as often as you should, you get a passive-aggressive notification from the cubic bird of prey.

And as with the language app, no two exercises are the same. Duolingo’s language lessons generally have you interact with a set of new words in a bunch of different ways — you listen to them, you say them, you type them, you spell them, and the hope is that some combination of those exercises will succeed at cramming them into your brain. The approach to math seems similar. You add three fours together, and then you match them to a picture of three blocks of four dots, and then you tap a block of four dots three times, and then you count by fours up to 12, and you hammer away at what the foundation of multiplication actually is before you (presumably, at some point) remember that three times four is twelve.

Some questions even have you handwrite the answer in a box, which the app does a good job of recognizing and converting to typed text. Unfortunately, I cannot support this feature; I repeatedly got a division question wrong because it turned out I was writing “5” backwards. If I’ve been writing “5” backwards this whole time, I fully blame all of you. One of you should’ve told me.

“We wanted to use everything we’ve learned from teaching language and apply it to another subject.”

The similarities between the two apps are no coincidence, says Sammi Siegel, the senior software engineer who built “most of what you see” in the new math program. Siegel — who has been working on Duolingo Math for just over a year and was the only engineer on the project for much of that time — aimed to take the setup and exercises that have brought Duolingo success in the language sphere and make them math.

“We have all these different mechanics to keep people engaged. We wanted to use everything we’ve learned from teaching language and apply it to another subject,” Siegel tells The Verge.

“Whether it’s calculating the tip on a check or modifying the portions in a recipe, math is just really essential for our lives,” Siegel says. “We also know there’s this proliferation of math anxiety where people don’t feel totally comfortable with their math skills. We think with a fun and engaging app, we can cut into that and break it for folks.”

There are, of course, ways in which math learning differs from language learning.

The primary hurdle I see is that the majority of people starting a Duolingo language, regardless of their age, can reasonably be presumed to be beginners of that language by virtue of the fact that they are using Duolingo. While some people might be bored at the beginning (I have complained at length about how torturously long some Duolingo courses take to get to anything fun), starting everyone who downloads Korean I or whatever with the basic alphabet seems like the correct move.

But math learners, one would suspect, will come in with highly variable math knowledge and ability. Figuring out where to start everyone such that the material won’t be too easy or too hard to keep them engaged strikes me as a tricky prospect. You can start on whatever unit you want to, but there doesn’t appear to be any kind of comprehensive placement test.

To address this, Duolingo does plan to offer courses at multiple levels based on age. Currently, there’s one for elementary school students (I can only assume this is the one I’ve been doing) and one in the works that’s geared more toward adults who want to brush up. (I’m too afraid to try this one because Siegel mentioned that it would include “harder numbers, like multi-digit multiplication.” For the sake of my pride, that’s going to have to be a no from me, but godspeed to the rest of you.)

More levels, including some for high school, aren’t out of the question, though the team is currently focused on the two courses they already have.

My other worry has been that the language app has been very good (in my case) at helping me brute-force memorize words but less good at making me retain grammatical concepts long-term — and the latter seems much more necessary for math learning. For example, in the Duolingo language apps, I find myself repeating back one specific sentence over and over, which helps me remember that sentence but doesn’t necessarily have me comfortable using the words in that sentence in other sentences.

To address this, there is a level of randomness in the numbers that appear in each math exercise. There are constraints, which vary by exercise, but the goal is that two people doing the same lesson side by side won’t always be doing the exact same problems. I have yet to see any very funny numbers arise as a result of this, but I’m on the lookout.

And to address the final thing I’ve been complaining about recently with the language app: no part of Duolingo Math is behind the company’s $6.99 / month paywall (at least for now). “We want to make sure we reach product-market fit before we start thinking about monetization,” Siegel says. Whew.

“We’re really proud that we teach by doing and not necessarily by watching videos and reading textbooks.”

On the off chance that I have not made this fact abundantly clear yet: I am not an expert on math, learning, or any subject whatsoever. But this was a fun app to use.

While the material is clearly aimed at younger people than me, I did find myself challenged in parts (which I am not ashamed of, because there’s a calculator on my phone that can do this stuff for me. Kiddos, you have much to look forward to). There’s some creativity and variety to the exercises that put them a step above school on the fun scale. I can certainly see how this would sharpen my mental math, and make me think more acutely about what I’m doing when I scribble a tip onto a receipt.

The iOS and iPadOS Duolingo Math app is currently available in beta, which you can join now, with a full launch coming later this year.