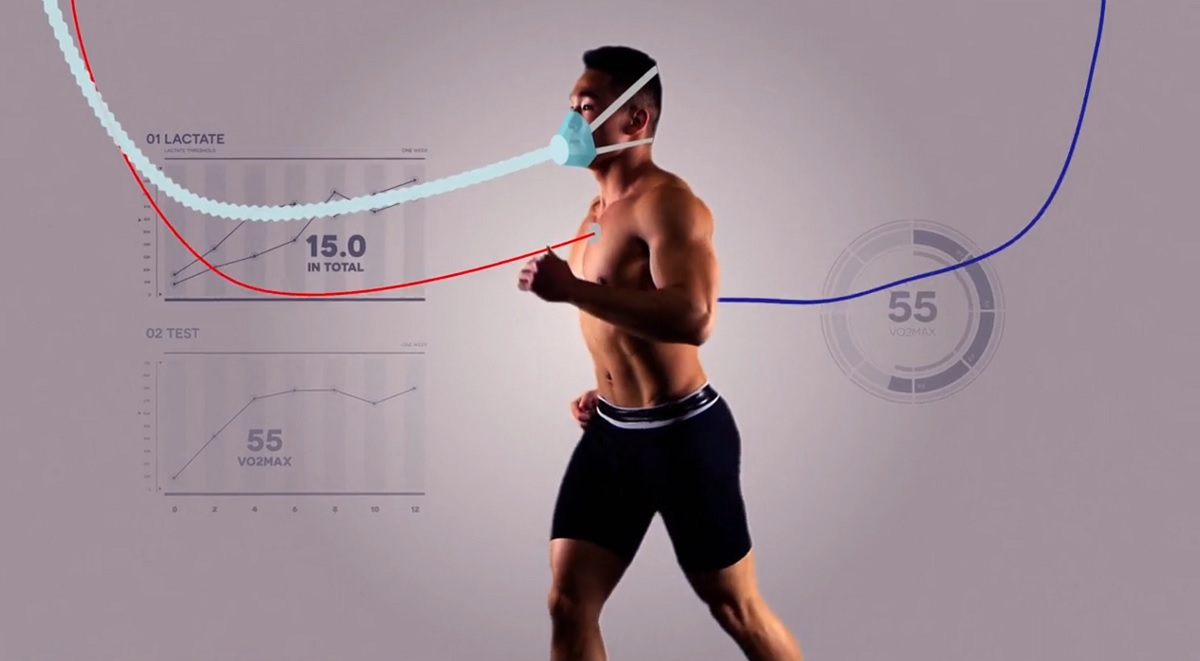 Icelandic startup Driftline is announcing it has the first algorithm to quantify human endurance, based on 20 years of research.

The Reykjavik, Iceland company — which was started by a father-son team — has figured out a way to calculate how much exercise people can endure before they flop to the ground and can’t do anymore, said Arnar Pétursson, chief financial officer of Driftline, in an interview with VentureBeat. It has put that algorithm in an analysis app dubbed Indurance.

Pétursson is an interesting expert on endurance because he has also been named the national champion of running for Iceland a total of 53 times and he was just named Trail Runner of the Year in Iceland.

Driftline raised $800,000 in seed funding and it plans to raise more in the future to bring its technology to the market. Using just 20 minutes of exercise for its measurement, the company believes it can rank people on a scale of one to 100 in terms of their endurance level. And it can also show people how much of that endurance they’re using as they exercise in real time. The company will talk about the tech at the Digital Health Congress event this week in London.

The company did its research in the field of advanced heart rate kinetics. And it captures that tin its upcoming iOS and Android app, dubbed Indurance, to measure the fitness level for a person. This is going to be candy for the folks who pursue the Quantified Self regimen.

The apps are also designed for corporate or institutional users and could potentially replace traditional maximum effort cardiovascular exercise testing. Traditional fitness testing requires expensive lab equipment and leaves you lying on the floor, gasping for air. With Driftline, more accurate results than these first gen options are obtained by simply going out for a casual run, bike, swim, or walk wearing a personal fitness tracker of your choice.

“We can get more accurate results and much more frequently and of course, in a cheaper way,” Pétursson said. “So then we can train as optimally as possible. And in that way, we get the most out of every single training. So we can track the progress in a better way than than has previously been possible. So it’s been a huge difference both for me and other people.”

Driftline believes the 100-point score is not unlike those apps that give people a score for their sleep, based on measuring smartphone heart rates. Eventually, Pétursson believes you’ll be able to predict how far you can run, like whether you can run a marathon or not.

Endurance, as discovered and defined by Driftline, is shown to reflect the alignment of exercise thresholds, which in turn reflects the systematic recruitment of different type muscle fibers. Specifically, Driftline’s combination of patent pending data algorithms coupled with unique analytics capabilities, reduces the extraordinarily complex science of endurance down to a single number. In short, endurance is fuel preservation through muscle efficiency.

Increasing your endurance means increasing efficiency so everyone can run, walk, bike or exercise of any type farther and faster. The new Driftline methodology marks significant advancements in some scientific fields, including exercise physiology, heart rate kinetics, bioenergetics and muscle morphometry. Based on heart rate analytics, the Driftline software addresses some of today’s most compelling health issues, such as obesity and the aging related loss of muscle mass and cardiorespiratory fitness.

Driftline’s algorithm will soon be made available for immediate license by interested hardware or software developers.

The Driftline software is designed to work with existing fitness trackers and smartwatches. The software analyzes heart rate data from an easy activity and gives the user an ideal tool for training or fitness assessment. With the new Indurance mobile app, users can start tracking their fitness right away. If desired, they can even import past activity data without even having to leave the couch. Indurance then recommends an optimized training plan for each user, based on the fitness assessment.

Indurance presents the world’s first reliable assessment of maximum heart rate and maximum speed from submaximal exercise. The user will also gain revolutionary new insight into his or her own physiology, including vital biometrics such as endurance, muscle typology, metabolic rate and fat oxidation.

Pétursson said that Driftline has created a seismic shift in the science of quantifying endurance.

“For the past few years, I have been coaching and training members of the Icelandic national team using our algorithm to recommend unique training programs for my runners and it was a resounding success that improved not only their endurance, but my own as well,” he said.

Agnar Steinarsson started the company in 2018 with both private money and public research funds. A biologist, Steinarsson has been leading research projects for 30 years. He started his own independent research practice almost 20 years ago, offering fitness testing to Icelandic athletes and sports teams. This extensive data gathering and analysis eventually led him to formulate an innovative theory on exercise
physiology, including a potential direct measure of aerobic endurance.

The theory finally matured and took flight after his son, Steinar, adopted the idea as his dissertation thesis in computer programming in 2017. The father and son team realized the potential of their discoveries and founded a company around the idea. Pétursson joined them in 2019. The company now has six people. In September, the company started beta testing the algorithm with 100 runners.

To make money, Driftline extracts biometrics from smart wearable heart rate data using the patented
discovery of Endurance and offers solutions for personal fitness tracking and weight management. The Driftline software can also be used in clinical settings for the analysis of heart disease patients and other vulnerable groups, such as obese, frail, or elderly patients. It is designed as an important research tool for large scale clinical studies and could potentially replace traditional maximum effort cardio vascular exercise tests.

The business model is based on selling analytical services to corporate, institutional and private users. The Driftline analytical service can be accessed through a subscription enabled RESTful API. It will be served through a scalable, stateless cloud server that can process thousands of requests per minute. The company will also license or sell software to corporate and institutional users, such as major smartwatch or tracker brands. Brands with large user bases can benef it from licensing Driftline algorithms to provide access to new and more accurate health and fitness biometrics. Driftline is also developing smartphone apps for personal health and fitness monitoring.

The algorithm works by detecting the exercise thresholds from heart rate data and calculating the Endurance from the alignment of the thresholds. A person with 100% endurance has a proximal alignment of thresholds (they lie close together), reflecting a maximized ratio of slow, aerobic muscle fibers. This person will also have a maximized fuel efficiency, spending far less carbs and much more fat per mile of running than a person with low endurance. The algorithm analyzes heart rate data from any type of activity, like walking, running, cycling or swimming.

Based on the analysis, the company said it can accurately predict race performances over distances ranging from 100 meters and up to the marathon. It can also provide other important biometrics like Endurance, cardiorespiratory fitness and metabolic fitness parameters.

Professional measuring equipment in sports science laboratories typically measures only gas exchange (O2 intake and CO2 output) and heart rate, and then some parameters can be indirectly calculated, such as the gas exchange threshold and substrate utilization ratios (fat vs carbs). The lactate threshold can be measured through invasive blood sampling, but the method is both demanding, expensive and not
always accurate.

For the sedentary, the aging and the overweight, the Endurance score has direct implications for metabolic fitness and thus also for weight management. Obesity has been linked with a low ratio
of slow, aerobic muscle fibers and inefficient fat oxidation, and is thus directly associated with a low Endurance score.

However, the Endurance score must always be viewed in context with Maximum speed, the other running fitness determinant. Even though a high Endurance score may be desirable per se, the maximum speed must also be trained for optimized fitness. Aging is gene rally associated with a loss of fast muscle fibers and a comparable decrease in maximum speed. By training and nurturing your Endurance score and your Max speed, you will be boosting your fat burning capacity at rest and during exercise, and you will boost
your active life expectancy through healthy aging. Driftline’s discovery of Endurance may therefore hold a vital key to analyzing a wide array of important health biometrics. Driftline has developed an innovative method of metabolic profiling to analyze metabolic fitness parameters for weight management.