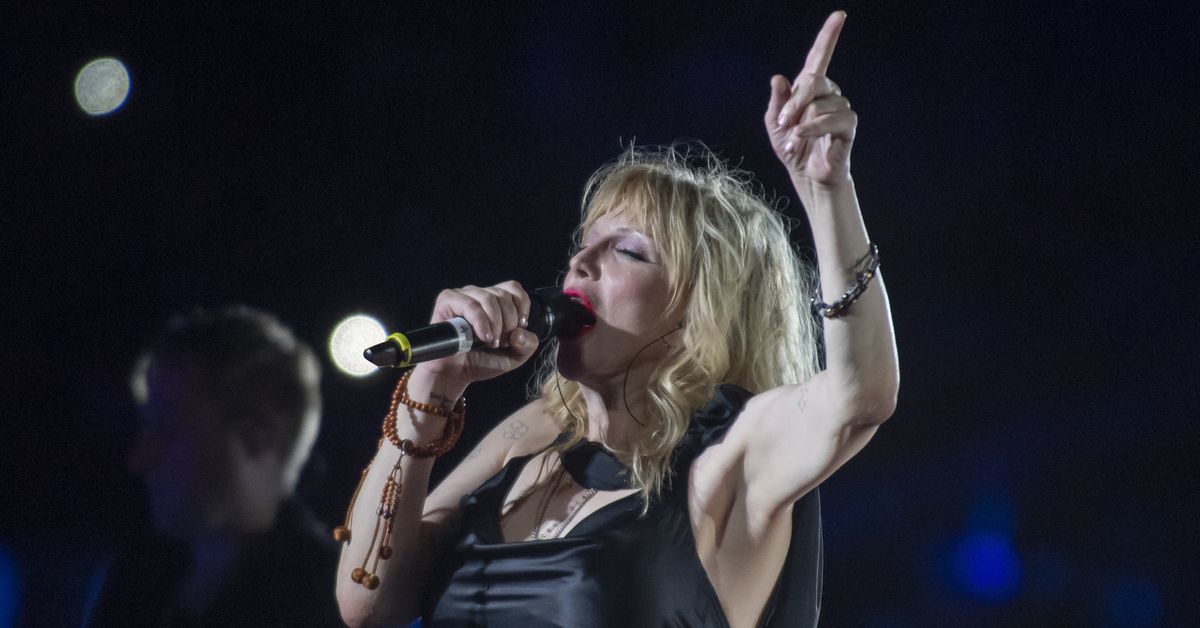 Courtney Love Cobain, Elon Musk, Bernie Sanders, and Kendall Roy are all in the running to be Friday’s Main Character on Twitter after a single tweet where the queen of ’90s grunge music Twitter-scolded the Tesla CEO for his mean reply to the Vermont senator (we’ll get to Kendall in a sec).

According to Love, she was bcc’d on Musk’s “str8, male, PayPal mafia email group” for months. “With that information in mind, don’t you think in a ‘civilized society’ one should embrace paying our fair share of tax?” she tweeted on Thursday. She attached a screengrab of Musk’s November 14th reply to Sanders’ tweet that asserted, “We must demand that the extremely wealthy pay their fair share. Period.” Being one of those extremely wealthies, Musk apparently took umbrage and replied to the 80-year-old senator: “I keep forgetting you’re still alive.”

That didn’t sit right with Love, apparently. “Don’t pick on Bernie. It’s Kendall Roy shit,” she instructed him, adding the name of the erstwhile Number One Boy from the HBO drama Succession. Kendall, you see, has tried to score points in the court of public opinion by calling out the many misdeeds of his family’s company, especially patriarch Logan Roy. If you have watched Succession, you know how ludicrous it is for Kendall to depict himself as the “good” guy (if you have not watched it, remedy that asap) and that he is a very wealthy, generally weaselly fella who, for some reason, craves approval, sometimes seeking it from random tweets on Twitter.

@elonmusk you know your str8, male, PayPal mafia email group? I was on bcc for MONTHS on that thing With that information in mind, don’t you think in a “civilized society” one should embrace paying our fair share of tax? Don’t pick on Bernie. It’s Kendall Roy shit. pic.twitter.com/cW4gRCxvjU

The internet waited with bated breath for Love to spill the tea (she even put a teapot emoji in the tweet) on what was actually in those emails from the str8, male, PayPal mafia, but its collective hopes were dashed when she later tweeted she was a “GOOD Queen,” noting that capitalism and the American dream had been good to Musk, and he should be good to it in return by paying taxes.

Lest you think this is a pop-culture lesson with no moral to the story, Love actually raises a point that Musk himself has mulled to his 65 million followers: how much he does or doesn’t pay in taxes. Musk has been a vocal critic of a proposal to tax unrealized gains on publicly traded assets for some of the wealthiest Americans and said in a tweet thread last month that the only way for him “to pay taxes personally is to sell stock.”

We know that Love is all too aware of the power of Twitter; her former attorney Rhonda Holmes sued her (unsuccessfully), saying an errant DM that Love tweeted publicly had damaged Holmes’ reputation. A jury found in 2014 that Love shouldn’t be held liable for the since-deleted tweet. It seems unlikely she’d tweet about having private emails without the receipts to back up her claim.

We also know that Love knows her Succession; in a recent episode, Kendall rigged speakers to interrupt his sister Siobhan (Shiv, to her friends) as she gave what was to be an important speech to employees. Playing on the speakers was “Rape Me,” a controversial song by Nirvana, the seminal grunge band that was fronted by Love’s late husband, Kurt Cobain. Love said on Instagram she had “never been so proud of approving one of Kurt’s songs” for the show to use. “I’m sure wherever he is he’s proud of this.”

As of this writing, Musk has not replied publicly to Love, but he has her email address apparently, so perhaps they’ve sorted things out privately. If she felt like fwd’ing any of those bcc’d emails, the fallout from doing so would surely rival even the wildest of Succession’s episodes.