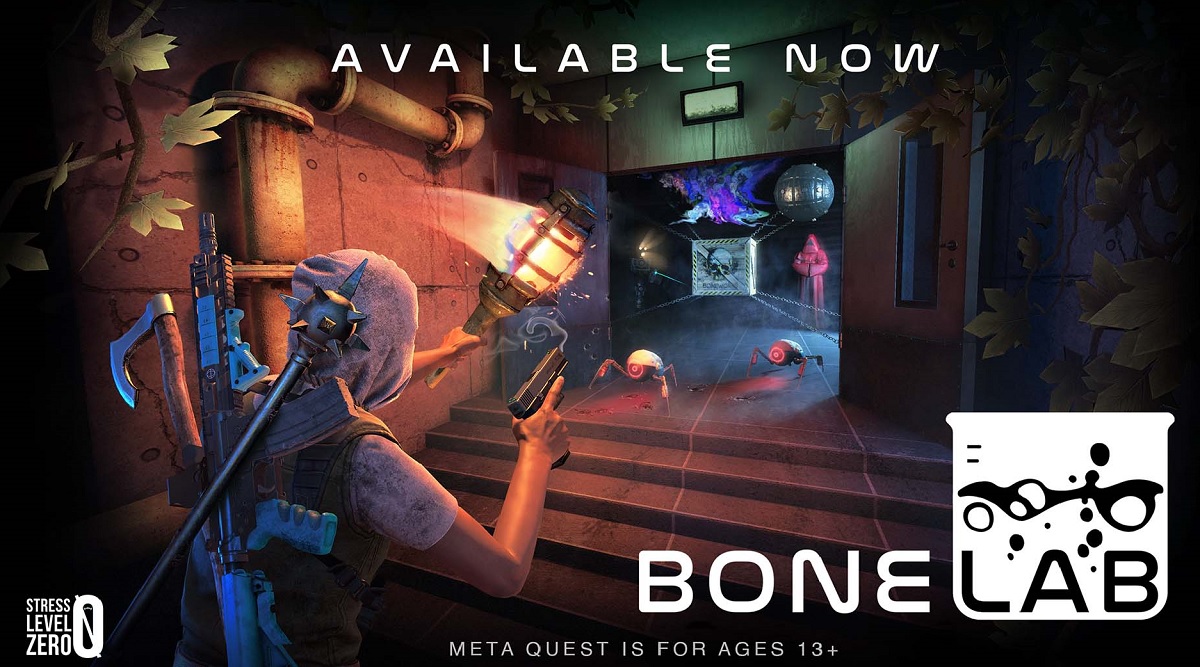 Stress Level Zero is launching its virtual reality game Bonelab today as the latest entry in its experimental physics series.

The maker of the predecessor title Boneworks is back again with physics-first simulated gameplay and interaction. And one of the highlights of Bonelab is that you can mod it. The new title is debuting on Meta’s Meta Quest 2 headset and other PC VR headsets.

The company said the first section of the game provides a swift run-through of the basic concepts and combat before entering the main lab environment where the options open up. From the lab players can try a variety of different levels to play around in and explore. After playing at least three levels, players can solve a crane puzzle and then find a pathway to the third part of the game.

The final sequence of levels may take some time and will introduce a variety of newer concepts. After that, players can keep coming back to a physics sandbox, which has a plethora of unlockable objects.

The layered narrative of Bonelab falls right in line with that of Boneworks. Stress Level Zero may be familiar to early fans of VR, as it created Hover Junkers all the way back in 2016.

Boneworks originally came out in 2019. That title earned Steam’s Best of VR Platinum in 2019 and every year since.

The title represents the continued evolution of Stress Level Zero’s Marrow1 VR physics foundation, which was originally developed for Boneworks. Expanding upon and polishing the mechanics, Bonelab pushes further into the simulation by offering seamless transition between avatars, vehicles, and enhanced physics tuning, the company said.

The basic idea is that you get to explore a mysterious lab filled with weapons, enemies, challenges, and secrets. You have to escape your reality and evade your death sentence for being an outcast. You can also explore user-generated levels.

You have to discover a pathway to a hidden underground research facility below the depths of MythOS city. Players will encounter a series of challenging experiments and discoveries throughout the adventure. Using a variety of ranged, melee, and exotic physics weapons, players have to engage enemies and solve puzzles with an entire armory. Custom avatar importing enables further player gameplay experimentation by providing matching physical stat modifications.

In parallel, next-generation virtual reality gaming devices are now selling through in volume. Last year, Oculus alone sold more VR headsets than Microsoft did Xboxs. According to market researcher IDC, year-over-year sales of VR devices overall rose over 92% in 2021 with annual shipments forecast to reach 50 million units by 2026. Of course, it may be tougher now that Meta, hit by rising inflation and parts shortages, raised the price of the Meta Quest 2 headsets by $100 for this fall.