Bethesda’s Todd Howard gives us another glimpse of Starfield 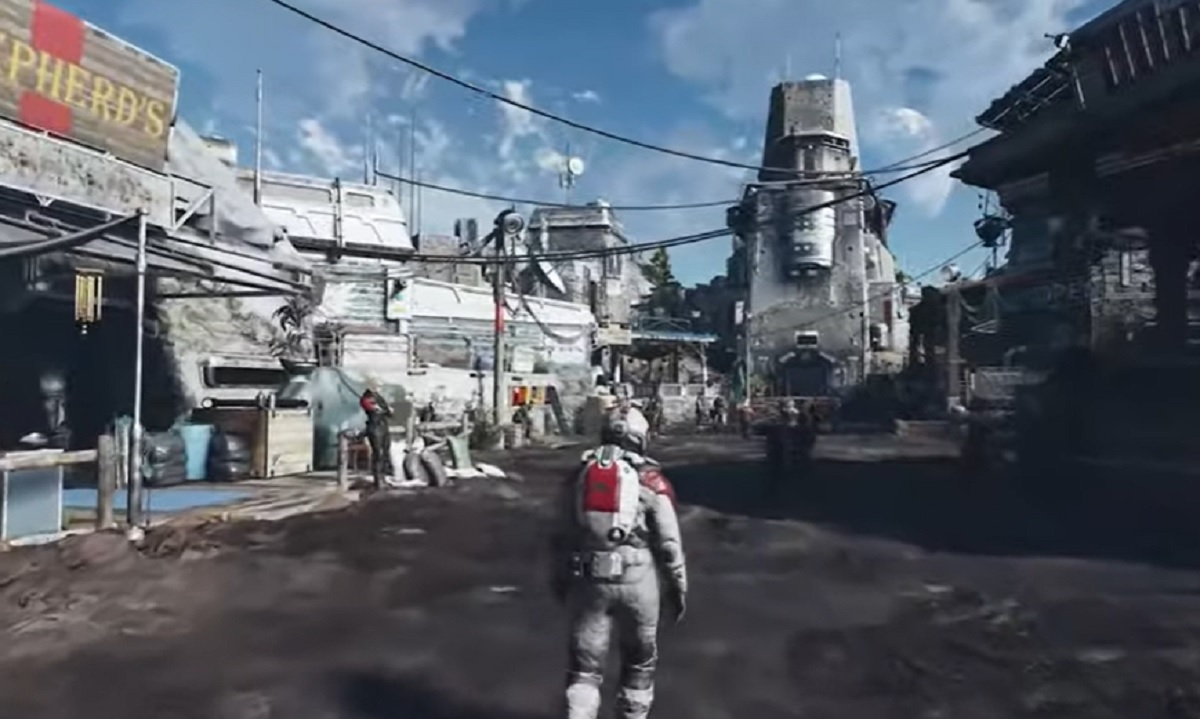 Howard showed a sceen on the rugged landscape of the planet Kreet, where a human astronaut encounters some big crawling creatures — and chooses not to shoot. The astronaut has a cutting tool. Then the scene flies to the view of the Kreet Research Lab, a giant facility on the rocky landscape.

The astronaut has a variety of earthly weaponry like a machine gun and a shotgun, and goes into the lab with guns blazing, shooting at other humans in the research lab. The astronaut shoots one enemy, setting them on fire and then blasting them into the sky.

While the game has been pushed to 2023, Howard showcased more details, including exploration of planets, ship customization and piloting, outpost building, advanced RPG and character creation systems, and more.

Starfield is the first new universe in 25 years from Bethesda Game Studios, the award-winning creators of The Elder Scrolls V: Skyrim and Fallout 4. In this next generation role-playing game set amongst the stars, create any character you want and explore with freedom as you embark on an epic journey to answer humanity’s greatest mystery.

The year is 2330. Humanity has ventured beyond our solar system, settling new planets, and living as a spacefaring people. From humble beginnings as a space miner, you will join Constellation – the last group of space explorers seeking rare artifacts throughout the galaxy – and navigate the vast expanse of the Settled Systems in Bethesda Game Studios’ biggest and most ambitious game.

The demo also showed a view of the urban landscape New Atlantis on the planet of Jemison. It’s a highly realistic looking futuristic city, where you have a meeting with a group of leaders of the Constellation. Their faces look pretty realistic as well, for animated humans. Howard showed off an extended combat scene, and it looks pretty good for a space RPG title.

“It’s hard for us to express how excited all of us at Bethesda to be with you today,” Howard said. “It’s an epic role-playing game, where you can be who you want and go where you want.”

Bethesda has been working on Starfield, a massive space role-playing adventure for a long time. It’s an ambitious science fiction project with hyper-realistic graphics. Players will be able to engage with a character creation system that Howard said is the most flexible yet.

You can build outposts and hire characters you meet. You can also build your own space ships, Howard said. You can choose crew members and completely customize the look and layout. It has loads of different modules, ship manufacturers, and more. And you can fly it.

Microsoft’s Bethesda said earlier that it would delay RedFall and Starfield into 2023 because it wanted to deliver the “best, most polished” versions of the games to fans.It was one of many signs that the pandemic and working from home has made it more difficult to make games and harder to predict when the work of huge projects will get finished.

The company made the announcement at its Xbox and Bethesda Game Showcase today. It doesn’t have a specific launch date yet. It’s a huge game, and you can land anywhere on the planet Jemison. Not just in the city, but anywhere in the huge place. And there are over 1,000 planets all open for you to explore.

Overall, Xbox showed more than 15 minutes of the game.

“We can’t wait for all of you to experience the game,” Howard said. “It’s been an incredible journey for us making it.”