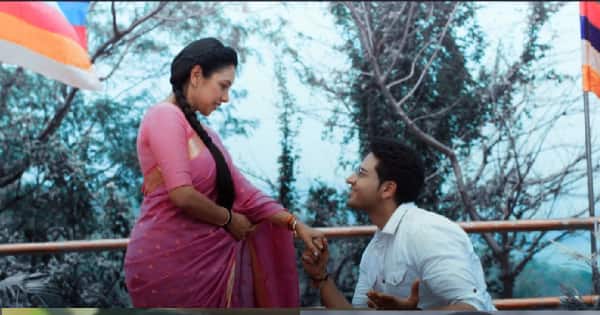 StarPlus’ show Anupamaa starring Rupali Ganguly, Sudhanshu Panday, Gaurav Khanna and others is witnessing a major change. The storyline is all about Anu giving love a second chance by getting married to Anuj. While society seems to be against this marriage it is Anupamaa’s father-in-law who is on her side. Now, the Shahs and Kapadias are for the engagement. But of course, how can there be no drama at all before MaAn’s big day? In today’s episode, we shall see a lot of twists and turns. – Anupamaa fails to DETHRONE TMKOC; Kundali Bhagya, Naagin 6, Yeh Rishta Kya Kehlata Hai maintain popularity – full list of TOP 10 TV shows

Firstly, Baapuji will suffer a heart year. As the preparations are going on, Baapuji will feel some pain in his chest and faint. It will appear as if he had a heart attack. He will lay on the ground unconscious for several hours and nobody would notice. Later, he’ll gain consciousness and decide not to reveal the incident to anyone. He will decide to visit the doctor on his own and keep everything a secret. He will bump into Anupamaa at the door and she will ask him if everything is alright. He will lie to her and make excuses. – Anupama Namaste America: Sudhanshu Pandey Reveals Storyline of Vanraj-Rittika aka Puja Banerjee

Meanwhile, in the Kapadia house, everyone is pretty excited about Anupamaa and Anuj’s union. Anuj’s sister Malvika will start teasing him and will even question him about his honeymoon plans. Anuj will state that he wants to take Anupamaa to a beach location since his ladylove is fond of beaches. Also, we will see Anupamaa and Anuj sharing their first intimate moment as the hunk will go down on his knees to kiss on Anu’s hand. Fans are already going extremely crazy over this moment. – Rupali Ganguly to Gaurav Khanna: Real age of Anupamaa star cast will leave you shocked

‘I love you because the entire universe conspired to help me find you’
, #MaAn , #Anupamaa ,
, #AnujKapadia , pic.twitter.com/ojWfEQmDrL

This is for the first time that MaAn fans would see their favorites being so mushy.