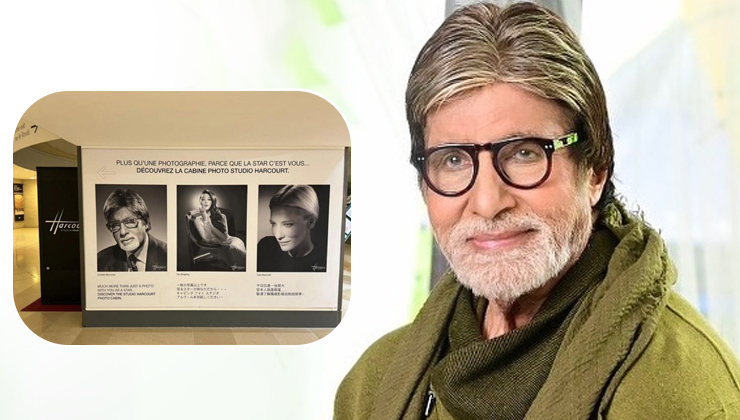 Amitabh Bachchan is one of the most popular actors of Bollywood. He enjoys popularity worldwide. On Friday, Amitabh Bachchan took to his Instagram to share a picture of himself as he featured on an advertisement board of a hair salon in Paris. Big B revealed that the picture was sent to him by someone from Paris.

Big B shared the picture and wrote, “… a surprise from one who was in Paris and saw a Hair dressing Salon showing my photograph… Good Lord! What on Earth is the World coming to…,

Amitabh Bachchan keeps sharing his pictures on Instagram all the time. From BTS pics to selfies, Big B keeps fans updated. A few days ago, Big B shared a throwback picture of himself and captioned it as, “… fashions repeat… glares of the 70’… perhaps at the Mahurat of Trishul or Man ji film… and I see today’s stars wearing similar…,

On the work front, Amitabh Bachchan has interesting projects in the pipeline. The actor will be seen in Ayan Mukerji’s Brahmastra. Brahmastra also stars Ranbir Kapoor, Alia Bhatt, Nagarjuna and Mouni Roy. It is slated to release in September this year. Apart from this, Big B also has The Intern, Project K, Unnchai and Goodbye.

: When Shah Rukh Khan shared he ‘didn’t want to be a star’ post advice from Amitabh Bachchan