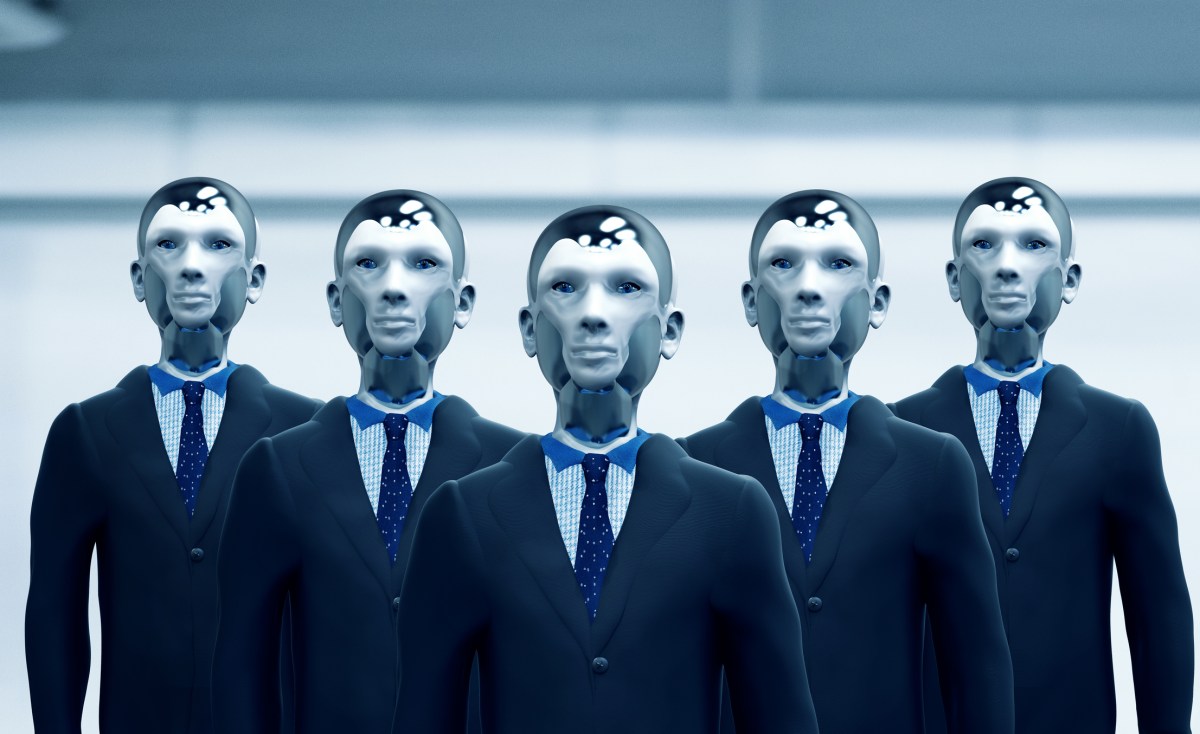 This article was contributed by Valerias Bangert, strategy and innovation consultant, founder of three media outlets, and published author.

The debate around whether AI will automate jobs away is heating up. AI critics claim that these statistical models lack the creativity and intuition of human workers and that they are thus doomed to specific, repetitive tasks. However, this pessimism fundamentally underestimates the power of AI. While AI job automation has already replaced around 400,000 factory jobs in the U.S. from 1990 to 2007, with another 2 million on the way, AI today is automating the economy in a much more subtle way.

Take the example of writing jobs. AI can easily generate text that is indistinguishable from human writing. This type of AI job automation is replacing workers in a way that is largely invisible to the naked eye.

For example, the popular AI copywriting app, Rytr, boasts over 600,000 users, and it’s growing at a brisk pace. In other words, over half a million people are using Rytr alone to fully or partially automate their writing.  It’s estimated that there are just over 1 million freelance writers around the world, who are increasingly competing with robots that don’t tire, don’t require payment, and can generate an unlimited amount of content.

The implications of this are serious: Classical projections for AI-induced job loss focused only on repetitive manual labor and blue-collar jobs. But white-collar jobs, like content writing, are just as vulnerable to AI replacement.

This trend is not limited to writing. AI is also automating jobs in customer service, accounting, and a host of other professions. For instance, companies like Thankful, Yext, and Forethought use AI to automate customer support. This shift is often imperceptible to the customer, who doesn’t know if they’re speaking to a biological intelligence or a machine. The rise of AI-powered customer service has big implications for the workforce. It’s estimated that 85 percent of customer interactions are already handled without human interaction.

According to the Bureau of Labor Statistics, there are nearly 3 million customer service representatives employed in the United States. Many of these jobs are at risk of being replaced by AI. When jobs like these are automated away, the question is: Where do the displaced workers go?

The answer is not clear. It’s possible that many of these workers will be re-employed in other fields. But it’s also possible that they will become unemployed, and that the economy will struggle to absorb them. This is driving calls for a universal basic income, in which the government provides all citizens with a basic income to live on, to offset job losses due to automation.

Translation has, of course, long been at risk of automation. However, the advent of large language models is making human translators increasingly vulnerable to replacement by AI. In a 2020 research paper, it was shown that a Transformer-based deep learning system outperforms human translators. This study is significant because it shows that AI translators are not just as good as, but often better than, human translators.

What’s more, the rise of AI translators is likely to have a negative effect on the wages of human translators. As AI translation becomes more common, the demand for human translators will decrease, and their wages will accordingly drop. While many economists once worried about the impact of outsourcing on the white-collar workforce, the coming wave of AI will have an even more serious impact, across sectors.

In fact, as Forbes reports, AI job automation has already been the primary driver in U.S. income inequality over the past 40 years.

Just over a year ago, an OpenAI beta tester posited that AI may one day replace many coder jobs. At the time, OpenAI hadn’t yet released its code-generation engine, Codex, which now allows AI to autonomously write code in multiple languages. While the Codex of today is fairly primitive, one doesn’t need to be a futurist to see how this technology could be used to automate away many coder jobs in the future. As AI gets better at understanding code and writing it, it will soon come to match and ultimately exceed human skill levels.

The implications of AI job automation

Just two years ago, the idea of AI automating jobs like creative roles was the stuff of science fiction or at least relegated to a few early-adopting businesses. But now, AI is becoming table stakes for many businesses. In other words, if you’re not using AI, you’re at a disadvantage. The major reason for this is that large language model, primarily OpenAI’s GPT-3, have become much better at understanding natural language.

The examples given so far are just the tip of the iceberg. AI is automating jobs away in virtually every sector and industry. While this might seem like cause for alarm, it’s actually long overdue news. The fact is, we’ve been living in a world where machines have been slowly replacing human workers for centuries.

What’s new is the pace of this automation. Machines are now becoming faster, better, and cheaper than humans at an alarming rate. As a result, we’re seeing a fundamental shift in the economy where machines are starting to do the creative jobs of human beings.

Amidst the opportunity to automate away jobs, a new wave of AI-focused startups has emerged, all seeking to cash in on the potential of AI. This AI gold rush is evidenced by the billions of dollars in venture funding that has flowed into AI startups in recent months. In the third quarter of 2021 alone, nearly $18 billion was invested in AI companies, a record high.

This influx of capital is a sign that investors believe in the potential of AI, and they are betting that it will eventually automate away many jobs, generating that value with machines instead. In the meantime, we should prepare ourselves for a future in which AI is quietly eating up the world’s workforce.