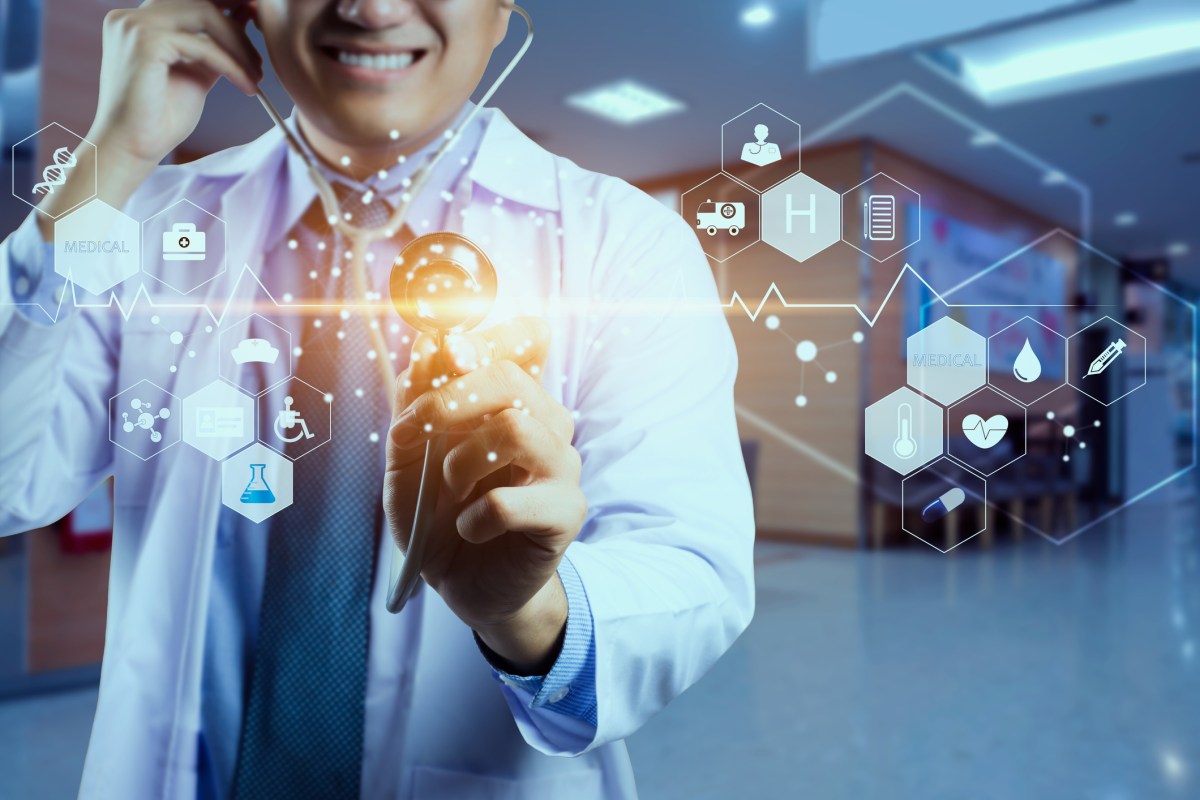 Investments in AI-enabled healthcare have exploded over the past few years. But even with belt-tightening in 2022, digital health startups using artificial intelligence (AI) have received a whopping $3 billion in funding. That has left plenty of room for startup AI companies to make their mark in healthtech, biotech and medtech.

It’s clear that even as health systems struggle to develop the right infrastructure to support AI’s need for vast data lakes, as well as to access quality or siloed data, the industry remains bullish on artificial intelligence. A December 2021 survey from health insurer Optum, for example, found that almost half of healthcare executives use AI, while around 85% say they have an AI strategy.

These are six startups that have had a banner year disrupting a variety of healthcare areas, from drug discovery and operational efficiency to disease detection and cell biology research.

In August, the San Francisco-based Atomwise, which develops AI systems for drug discovery, signed a research collaboration with pharmaceutical leader Sanofi, potentially worth $1.2 billion. According to a press release, the deal “incorporates deep learning for structure-based drug design, enabling the rapid, AI-powered search of Atomwise’s proprietary library of more than 3 trillion synthesizable compounds.”

Drug discovery depends on a first step of “hit identification,” where the right molecules – hits – that bind to a target protein and modify its function are identified. According to an August 2020 VentureBeat article, Atomwise claims its AtomNet platform can screen 16 billion chemical compounds for potential hits in under two days, expediting a process that would normally take months or years.

In 2022, Atomwise also strengthened its management team and bulked up its executive team. It will need that strength in a competitive space that includes Verge Genomics, Certara, Insilico Medicine, Recursion and Benevolent AI.

It’s been a big year for Austin, Texas-based ClosedLoop AI, since raising $34 million in August 2021. The company, which provides a data science platform that enables healthcare organizations to use AI to improve outcomes and reduce costs, was selected to participate in the AWS Healthcare Accelerator for Health Equity, and it won a 2022 Best in KLAS Award for healthcare artificial intelligence.

Top ClosedLoop AI competitors include heavyweights such as DataRobot and Dataiku, as well as Abacus Insights and Jvion.

In 2018, Iowa-based Digital Diagnostics made headlines when it became the first autonomous AI system authorized by the U.S. Food and Drug Administration.

But 2022 has been kind to the company, whose AI-diagnostic system, the IDx-DR, can be used to identify diabetic retinopathy –- one of the leading causes of blindness in the U.S. and other developed countries –- as well as other serious eye diseases, including macular edema. In August, Digital Diagnostics announced that it had raised $75 million, one of the largest healthcare tech funding rounds this year.

“There’s a strong mission and purpose for us to get our technology to patients that really need to be tested, and certainly to providers that may be burnt out or are getting burnt out,” Seth Rainford, cofounder, president and COO of Digital Diagnostics, recently told VentureBeat.

New York-based Cleerly has been on a mission to transform cardiac care since its founding in 2017. It has enjoyed a huge 2022, raising a fresh round of $192 million in July for its AI-based approach to translate advanced imaging science into a new approach for identifying people at risk of heart attacks.

According to a company press release, the research that evolved into Cleerly’s technologies was conducted in The Dalio Institute for Cardiovascular Imaging at the New York-Presbyterian Hospital and Weill Cornell Medicine, including large-scale clinical trials with more than 50,000 patients. It comprised the most extensive body of coronary imaging research to study how imaging can be used to better understand heart disease and project patient outcomes.

A February 2022 study published in the Journal of American College of Cardiology found Cleerly’s AI platform is “as good or better than invasive angiography” – helping to catch heart disease early, before patients begin to show symptoms.

Owkin: Finding the right drug for every patient

Talk about a big 2022: The medical-AI unicorn Owkin secured $80 million in June from pharmaceutical leader Bristol Myers Squibb as the two companies partner on drug trials.

The French-American, New York-based startup, founded in 2016, has developed a federated learning–based technology to speed up drug discovery and development, drawing on health data that is typically siloed, such as from U.S. and European hospitals.

Last week, Owkin announced two first-ever AI diagnostics approved for use in Europe. The first can predict whether a breast cancer patient will relapse after treatment, while the other can identify a biomarker that opens up potentially life-saving treatment for colorectal cancer patients.

Founded in 2017, Menlo Park, CA-based Deepcell, which was spun out of Stanford University, raised fresh funds in March to use artificial intelligence to find new ways to understand biology.

Back in 2020, Deepcell cofounder and CEO Maddison Masaeli told VentureBeat that Deepcell’s AI-powered approach “is able to differentiate among cell types with greater accuracy than traditional cell isolation techniques that rely on antibody staining or similar methods.”

And in a February 2022 interview, Masaeli explained that the Deepcell platform relies on deep neural nets as the “ultimate cell classifier,” so that the model “learns continuously from the images that are collected.” Currently, that includes around 1.5 billion images.