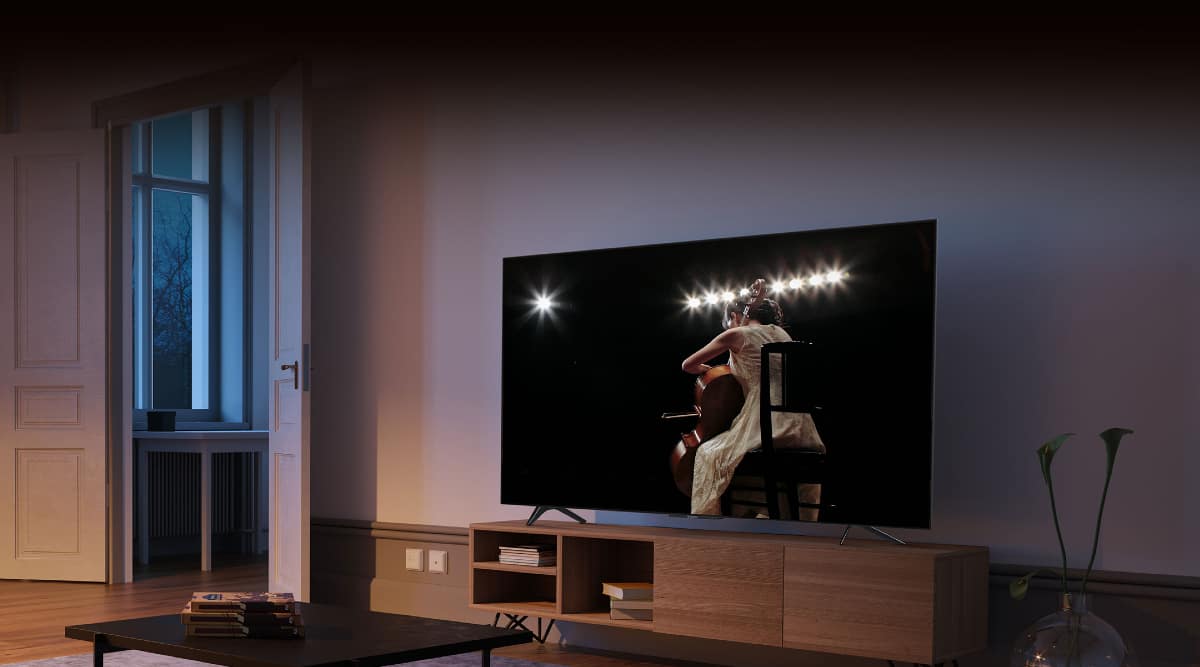 At its Next event on Wednesday, Xiaomi launched a trio of confirmed products – the Xiaomi 12 Pro, Xiaomi Pad 5, and Xiaomi Smart TV 5A – but the showstopper was a fourth product, that no one saw coming. Xiaomi launched its first premium OLED television, also, during the same event somewhat as a one more thing “surprise”. Called simply, the Xiaomi OLED Vision 55, this is Xiaomi stepping into the Sony and LG turf, for the first time, after having established a firm foothold in the affordable, or value for money segment. Much like its other TVs, the OLED Vision 55, too, punches way above its weight class as far as hardware is concerned, with a price tag that will surely make many rivals nervous, in the days to come. Xiaomi OLED Vision 55 price in India is set at Rs 89,999 and it will be available starting May 19.

Xiaomi has carefully orchestrated its smart TV portfolio in India, over the years, with a wide mix of models spanning both LCD and QLED options. OLED is the next chapter, clearly, even as Xiaomi tries to kick things up a notch even further. Even if it were an experiment, it’s good that Xiaomi is doing this because its advent into the smart TV space has only made things more exciting, pushing rivals – both global and domestic – to do more. It’s also pushed them to bring down prices, allowing more people to get onboard the smart TV bandwagon. The smart TV space, in India, is thriving today, and Xiaomi has a big role to play in this.

“By venturing into this category, we are not only reaffirming our commitment to bring our best to our consumers but also strengthening our positioning as a leading TV brand in the country,” Sudeep Sahu, Senior Product Manager for TVs at Xiaomi India said, adding “OLED TVs are the most premium TVs in the market today.”

Speaking of specs, the Xiaomi OLED Vision 55 is a 55-inch 4K OLED TV which is certified for IMAX Enhanced and Dolby Vision IQ. There is also an ALLM or Auto Low Latency Mode inn this TV though the maximum refresh rate is only 60Hz. It features an 8-driver 30W speaker setup with Dolby Atmos and DTS X surround sound support. Software is Android TV 11. Xiaomi’s content aggregator PatchWall UI (version 4) is also available as a standalone skin. Connectivity options include 3x HDMI 2.1 (1x eARC), 2x USB, Ethernet, composite in, optical out, and headphone jack in addition to dual-band Wi-Fi and Bluetooth 5.0. under the hood, you get a 4-core MediaTek 9617 chip paired with 3GB RAM and 32GB storage. You also get far-field mics for voice control.