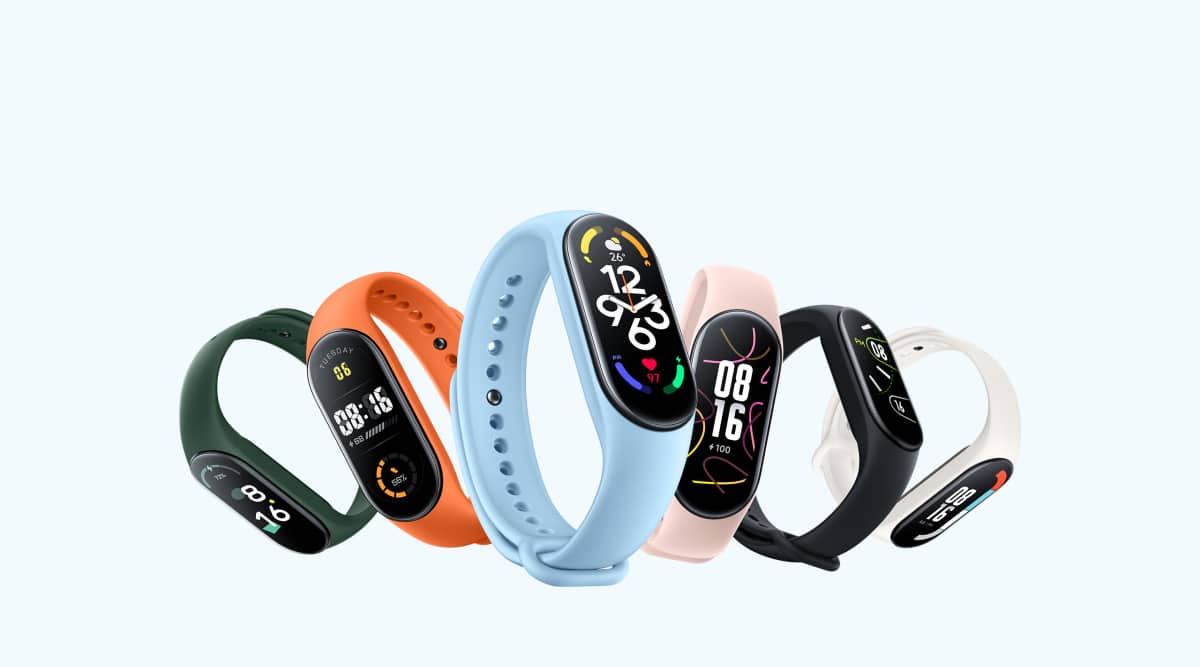 Xiaomi has launched the Band 7 smart fitness wearable globally. Successor to the Mi Band 6, the Band 7 was a China-only affair so far but now, it’s now also available in select markets in Europe and there’s a chance it could arrive in India, soon. The Band 6 has received a price cut recently in the Indian market, making way –potentially—for the next gen version, though we’re still to get any official confirmation from Xiaomi.

The Xiaomi Band 7 has been launched in Europe at a price of EUR 59.99 which roughly translates to Rs 4,700. Xiaomi will sell it at an introductory price of EUR 49.99 or roughly Rs 4,100 initially, though. Note that only the non-NFC version of the Band 7 is launching globally. In China, you can get it with NFC also. The Band 7 starts at CNY 239 (roughly Rs 3,000) in China.

Speaking of specs, the Xiaomi Band 7 has a 1.62-inch colour OLED display with a resolution of 490×192 pixels and 500nits peak brightness. This version also lets you, finally, keep the display always on.

The Band 7 can monitor your heart rate and sleep quality index in addition to recognising your swimming strokes — it is 5ATM-certified. It can monitor your blood oxygen level and automatically inform you when the level goes below 90 percent. It also supports 120 training modes and automatic workout detection. A Personal Activity Intelligence score meanwhile can give you insights into your workouts. You can also compete with friends on the basis of those scores.

Xiaomi Band 7 boasts of up to 14-day battery life. It charges through a magnetic dock, so you don’t need to take off the band to charge the device.