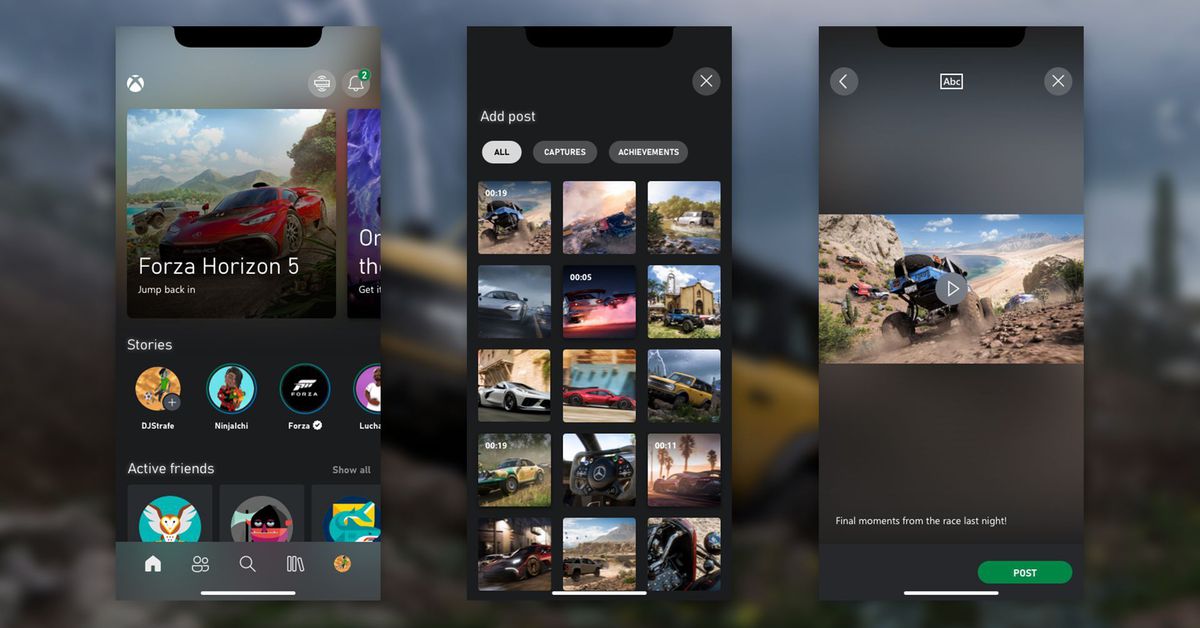 Microsoft is updating the Xbox mobile app on iOS and Android to let you share your game moments in the form of Snapchat-style Stories, the company has announced. Gameplay clips, screenshots, and achievements are all compatible with the new sharing format, which is accessible by tapping the “+” button next to your gamertag on the Xbox app’s home screen. Content will then be shown on your profile for 72 hours. There are also new network management features coming to Xbox.

Also read: Xbox won’t stop you sharing clips to Twitter from your console after all

Stories were all the rage a couple of years ago, with everyone from Instagram, to LinkedIn and Spotify imitating the format in their respective apps. Although the trend seems to have abated recently with the focus shifting to TikTok-style scrolling feeds, I can see how the Stories format makes sense here — Video games are a visual medium and Stories are a nice way of showing full-screen imagery. That said, it’s a little awkward seeing a landscape video taking up such a small sliver of a portrait phone screen in Microsoft’s imagery above.

Alongside the new Xbox app feature, Microsoft has also announced a new Quality of Service (QoS) tagging feature on Xbox consoles. It’s designed to prioritize traffic that’s sensitive to network congestion like multiplayer gaming or party chat, and is accessible in the Advanced section of the Network settings menu. However, Microsoft’s support page says the feature will need to be supported by your home router or ISP network, and cautions that it might cause issues with some networks.

Microsoft’s announcement post says that the Stories feature is live now in Australia, and is due to come to more regions “soon.”