Xbox Game Pass gets Deathloop and Slime Rancher in September 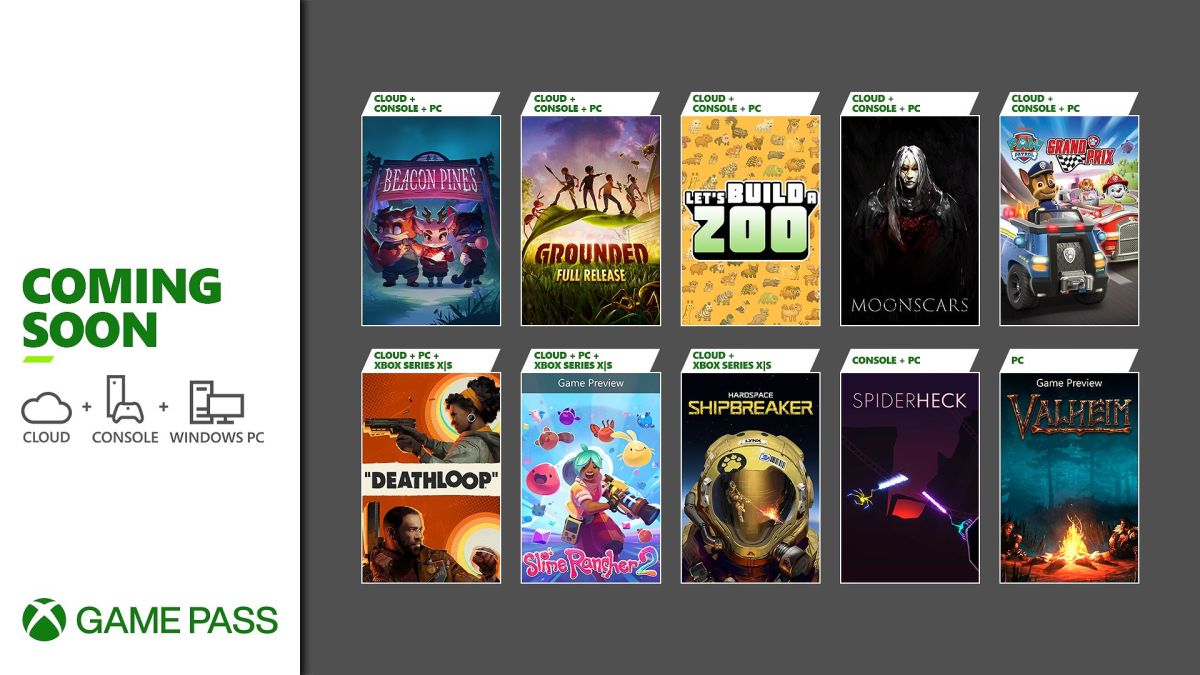 Xbox announced the second wave of games coming to Game Pass in September. Former PlayStation exclusive Deathloop is one of the most notable new titles on the Xbox console. Other new games coming to the platform include Slime Rancher 2 and the full release of Grounded.

Deathloop is one of the more interesting additions, as it was previously a PlayStation exclusive. Following Microsoft’s acquisition of Bethesda — which included Deathloop developer Arkane — the latter assured players that the exclusivity would be honored. Now it’s finally available on Xbox, alongside Hardspace: Shipbreaker, which launched on console and cloud today.

Xbox is also getting several Day One titles, starting on September 22. These include wiggly sim game Slime Rancher 2, adventure game Beacon Pines and co-op brawler SpiderHeck. On September 27, users get new release Moonscars, as well as the full version of Grounded. Launching on the last days of the month are Let’s Build a Zoo, PAW Patrol Grand Prix and a preview version of Valheim.

As always, we must sacrifice other games in order to get our new ones. Unfortunately, this includes the original Slime Rancher and AI: The Somnium Files, the latter also having a recently released sequel. The other games leaving Game Pass on September 30 include Astria Ascending, Dandy Ace, Dirt 4, Dirt Rally, Going Under, Lemnis Gate, Subnautica: Below Zero, The Procession to Calvary, Unsighted and Visage.