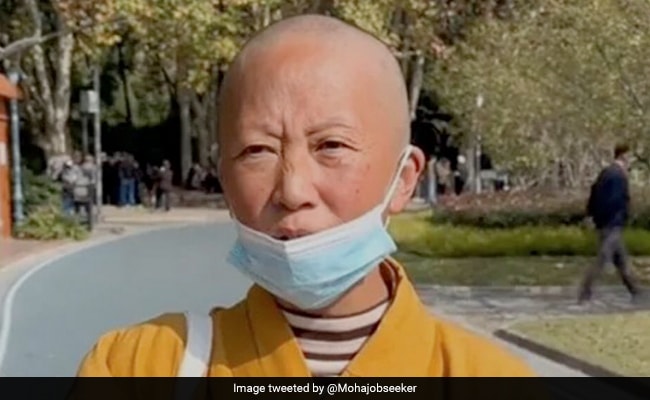 The nun received $822,000 from the sale of her house, which she also gave to charity.

A Chinese nun is facing backlash online for donating a fortune to charity even though her daughter struggled to pay her university fees.

According to South China Morning Post (SCMP), social media criticism erupted after a vlogger interviewed the Buddhist nun on a Shanghai street and posted it on the Chinese video platform Juliu Video. In the clip, the woman revealed that she converted to Buddhism in 2019 and donated all her money and possessions, leaving nothing to her parents or daughter.

The nun received 5.88 million yuan ($822,000) from the sale of her house, which she also gave to charity. While her parents supported her decision, the woman said that her daughter didn’t understand her decision.

“After becoming a nun, I sold my house and donated all the money, without leaving a cent to either my parents or my daughter. My parents generally look at things from the bright side. They said it is your money. It’s your own business how to spend it. However, my daughter doesn’t understand my decision,” she reportedly said in the video.

Further, the nun explained that her daughter had to take student loans to pay for university. “She (the daughter) said when she graduates from university, she will take tests for some qualification certificates. Years later, she might get married or buy an apartment, so she hopes her mother can help her a bit financially,” the nun said.

The woman went on to say that many members of her family were suspicious of her religious conversion and did not support her decision to give her wealth away. She described the place where she loves now as “a deep corner in a wood”.

As per SCMP, on the Chinese microblogging website Weibo, the video of the nun received millions of views. While some internet users supported her decision to give her wealth away, others stated that the nun should’ve helped her daughter with education costs.

“I totally don’t understand. If you don’t want to leave any money to your daughter, why did you give birth to her? You are just shunning your responsibility,” wrote one user. “She is mad and is extremely selfish!” commented another.

A third person commented, “You don’t help your own family, how can you help others?” “A good Buddhist believer but not a good mum,” said another.