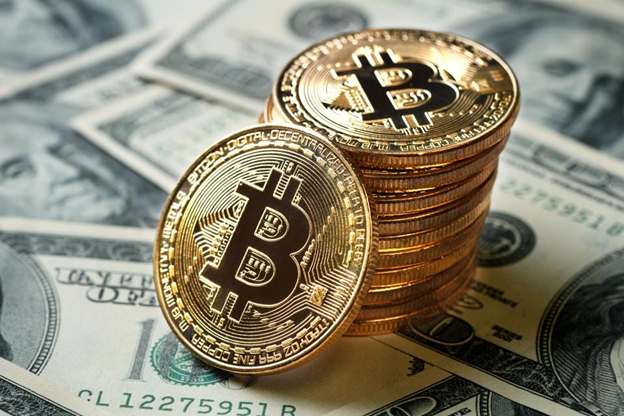 According to the World Bank, the number of people living in extreme poverty — on less than $1.90 per person per day — has been increasing in the past three years following the effects of COVID-19, rising global conflicts, climate change, and unchecked inflation. For almost 25 years, extreme poverty levels were steadily declining before the disruption caused by the global pandemic. Furthermore, between 75 million and 95 million additional people could be living in extreme poverty in 2022 compared to pre-COVID-19 projections, majorly in developing countries.

The post-COVID period has seen developing countries face more challenges such as high crime rates, rising unemployment, political instability, and corruption, which translates to rising poverty levels. Due to this citizens lack an opportunity to be better, many of whom are unable to find the means to support themselves and their families financially. Notwithstanding, the issues faced in developing countries push the citizens to look for greener pastures elsewhere (mainly in developed countries), draining their own home countries of potential manpower and skills.

To this end, several countries are looking for solutions to the rising poverty, with crypto assets becoming increasingly popular across the globe. According to a seasoned Bitcoiner and co-founder of Philcoin, Dunstan Teo, “Crypto can provide not just a new stream of individual income, but also a new economy for governments to tap into to help rebuild their financial sovereignty”.

The rise of crypto as a legal tender across developing countries

In 2021, the world stood shocked as El Salvador became the first country to accept Bitcoin (BTC) as legal tender and hold Bitcoin as a reserve on the country’s balance sheet. The move opened up the global governments to start considering crypto as a legal tender, with the Central African Republic (CAR) joining the band, making BTC a legal tender earlier this year.

Shortly after, El Salvador’s president, Nayib Bukele, invited monetary authorities and central banks from 44 countries to the country’s Bitcoin Conference. The conference was largely dominated by representatives from African countries and other developing nations, with the meeting discussing “financial inclusion, digital economy, banking the unbanked, the Bitcoin rollout and its benefits in El Salvador.”

Nonetheless, there is little indication of these developing nations adopting crypto with the infrastructural deficit, distrust, corruption etc., hindering rapid adoption of crypto as legal tender. In fact, the Africa Blockchain report 2021 by Swiss-based Crypto Valley Venture Capital shows that 27 countries (out of the 54 countries on the continent) have an implicit ban on crypto, 4 with absolute bans, 17 with uncertain regulation, and only six have legal sanctions for cryptocurrencies.

Why developing nations should consider crypto as legal tender

The process of converting whole nations to accept Bitcoin and crypto as legal tender will be a hard one. But with two countries already undertaking such a bold step, the future looks bright. Developing countries have the most to gain from the crypto ecosystem, which gives them a number of benefits that could well help fight poverty and increase the overall GDP of these nations.

First, crypto was created to serve the unbanked and under-banked. Developing countries remain the most affected nations whereby over 50% of the population have little to no access to solid banking infrastructure or basic financial services. The rise of cryptocurrencies and blockchain technology allows people to participate in the financial ecosystem by giving them access to fast and low-cost digital cash that can be spent anywhere.

Notwithstanding, the creation of the decentralized finance (DeFi) ecosystem allows the unbanked to access advanced financial instruments such as loans, saving accounts, and staking to make a passive income or get quick access to a line of credit.

To this end, Philcoin, a philanthropic blockchain-based platform, is partnering with a number of Latin American and South African countries to bring crypto and tackle the challenges facing these countries.

“Philcoin has begun conversations with governments and influential leaders to see how we are able to offer opportunities where traditional economic means have failed them,” Dunstan Teo stated. “Their response has been overwhelming as these countries embrace change and are keen to discover alternative means to rebuilding their economies through innovation”

Cryptocurrencies are also a good hedge against rising inflation. Most cryptocurrencies have limited maximum supply and are designed to be deflationary. While the industry is still struggling with high price volatility, the use of crypto could help fight hyperinflation in developing countries while giving them stable money that is easily transferable and very liquid.

As Dunstan Teo states, “cryptocurrency remains unaffected by inflation so as long as there is adoption and utilization; it can be a means of liberation for many”.

Finally, blockchain technology can be used to streamline the overall national funds and reduce corruption, as all transfers are recorded publicly on an immutable platform. Several developing countries are suffering from corrupt leaders, with public resources plundered and opportunities denied to the citizens. Blockchain technology and crypto can help digitize all government documents and payments, allowing for more transparency in the administrative processes.